The Iron's Under-18s will be looking to return to winning ways as they host their Lincoln City counterparts this Saturday (11am kick-off).

United come into the game off the back of a second defeat in eight games following five successive wins which had seen the side surge to the top of the Youth Alliance League. The side has since slipped to second place as Notts County reacted to their defeat against the Iron to register successive wins to go back ahead of the side.

Scunthorpe lost 3-1 to Burton Albion away from home last time out, while they beat Mansfield Town 3-2 the week prior. Harry Lewis was a goalscorer in the latter of those matches, with his goal last week a definite contender for goal of the season.

The reverse fixture back in December resulted in a 3-2 win for the Iron, as the side came from 2-0 down to win 3-2 in the fourth minute of stoppage time following goals from Patrick Virgo (two) and Jack Moore-Billam.

The Imps were last in action against the league leaders, losing 3-1 away from home on January 31st.

Scunthorpe are second in the division with 27 points from a possible 39. Notts County lead by a point more, while Lincoln City are seventh out of 12 with 12 points from their 11 games.

The side were without all but one of their second year scholars last weekend, with the majority out with injuries.

The only one in the squad was Ben Crosher, who came on to replace Jake Balme in the 66th minute last weekend. Joey Dawson has been training with the first team, while Harry Baker remains out with a knee injury.

Dan Gallimore missed out with a hamstring problem, while Alex Wilkinson is still out having missed much of the season.

The side also had five trialists in the squad for their last game, including Harrison Poulter who netted against Mansfield Town. 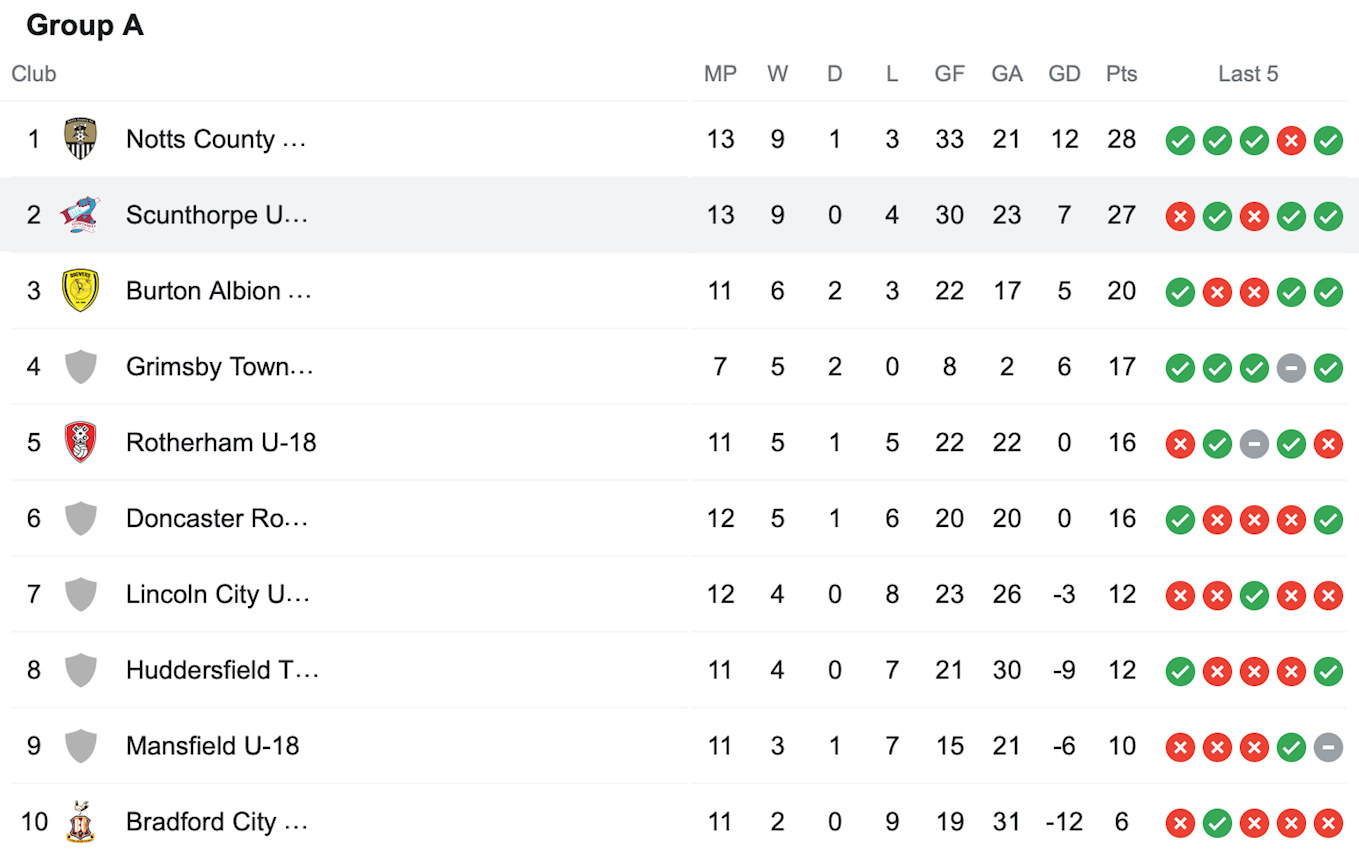