Debutant Jake Scrimshaw scored as United went ahead early in the second half before being pegged back late on, denying the home side a first win of the season.

Cox said: "I didn't feel we started the game very well. We got down the sides, which we'd worked on, but obviously had to make a late change with Jake coming in for Bunny (who pulled up in the warm-up).

"They then had a few opportunities, and Rory (Watson) made a couple of good saves. We then settled down a little bit.

"There was nothing in the game really. We had a word about the second-half and how we needed to be more positive, especially with the ball. We took a 1-0 lead and should have seen the game out really. They tried to be braver, and we just didn't defend well enough and got done, and then we were so lucky at the end not to lose the game, as the chance came after our set-play.

"The injury before the game didn't help yet again. The set-pieces were all planned with Bunny on them, but then we had to change a few things and Myles (Hippolyte) was on them.

"At the end of the day, it's three unbeaten and we move on to the next game."

Speaking about Scrimshaw's scoring debut, he continued: "For his first game, that was an excellent debut for the boy. It was great for him to get a goal but his work rate, endeavour and determination to help the team is what we need. When I found out 15 minutes before the game, Bunny's groin was sore I had to make a decision about what to do.

"Harry has a sore groin and just felt it in the warm-up. We went like for like, bringing in Jake. We did it as a precaution to prevent him aggravating it further." 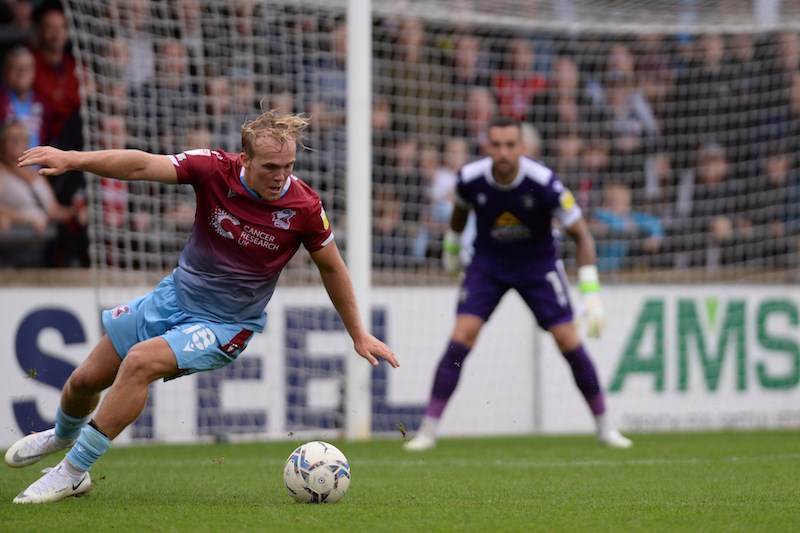 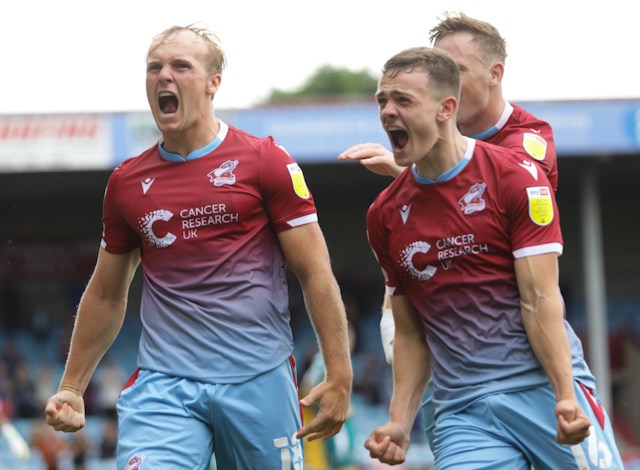 
Scunthorpe drew 1-1 at home to Sutton United at the Sands Venue Stadium after going ahead early in the second half before being pegged back late on, eluding the home side a first win of the season.