Frank Vincent has reflected on the competitive games played so far, how he has adapted from the National League, and the Carlisle United home clash ahead of him and his Iron teammates. 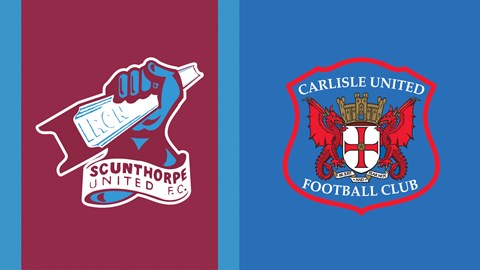 Analysing the last match against Crawley, he told iFollow Iron: “There are definitely positives to take from the game. We kept the ball well, once we went to a 4-4-2 in the second half it was much better.

“I think we have got to be more dangerous and maybe take a few more risks in the final third and I think that’s when things will start to come together.

“Hopefully we can get those three points on the table which is the most important thing.”

Talking about the competitive games that he has played so far, Vincent says they were enjoyable, but also really tough physically.

He continued: “It’s always a strong battle, there are a lot people with good physical attributes in both teams, so it’s always tough in that sense.

“Once we got the ball down and started playing, I thought we looked good. It’s tough because we only have one point out of a possible six, but hopefully on Saturday we will change that around.”

Vincent has started the last two league games, and he commented: “It’s definitely a positive on a personal level to start those. I’m very proud of that. I just want to keep it going and hopefully if we can start winning, my position in the line-up can stay. I’ve got to keep working hard, help my teammates and just do all that I can for the team.

“I think personally it’s not been a bad start. I think I’ve kept the ball well, but I think at times I could be more of a risk taker and start to make things happen in the final third. But right now, it’s going steadily on a personal level, I just want to crack on and step it up a bit.”

On loan from Bournemouth and having previously played on loan for Torquay United in the National League, Vincent has had to adapt his game coming up to this level, but he said: “Because I was playing in the Conference last year I was used to the physical side of things. The quality (in League Two) is higher, but to be honest, I have had to change my game.

“I'm playing under a new manager, which is always different, and learning his style of play. It has been a learning curve, but hopefully I can just keep improving and cracking on.

“Personally, I obviously always want to aim higher, and at this moment in time, it’s where I’m at. When you watch Premier League football it’s so different to the football we play at this level.

“It’s a whole new skill and a different type of football, so you have got to show your strengths. The main thing is getting on second balls, getting the ball down and get the play ticking. That’s my game and I’ve got to keep trying to do that.”

On Saturday, the Iron are at home against Carlisle United. Vincent provided his thoughts for the match ahead: “If they are not cracking down defensively then hopefully we can exploit that. We have got some good attacking players, some of us have just got to step up a bit and show our strengths.

“If it means we don’t play well and win the game, then we will take that all day long. Whereas with Crawley, we played well but didn’t get the points.

“At the end of the day it is all about results as this level. We have just got to do that and make the fans who are watching at home happy, that’s the main goal.”

Touching on the games being behind-closed-doors, he commented: “Obviously, I’m still young so I’m used to playing under-21’s football with empty stadiums, but it just doesn’t compare (to when there are crowds).

“I always try to concentrate on the pitch, but the fans are the extra boost you get just by seeing them and hearing them. You have got to be physically and mentally strong to play without fans because all the motivation is coming from you and your brain.”

See much more from Frank Vincent on iFollow Iron. Click here to buy an Iron vs Carlisle match pass so you can watch the game live.