First team manager Neil Cox provided his reaction to iFollow Iron after United drew 1-1 at home to Newport County in the first match of the Sky Bet League Two season. 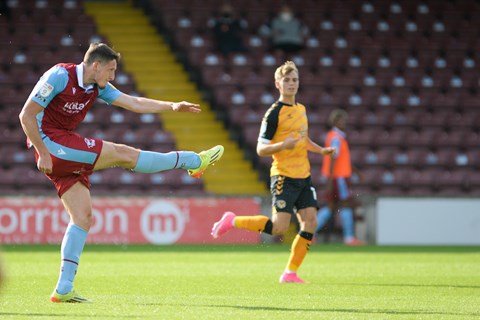 Tristan Abrahams opened the scoring for the visitors in the first half, but Ryan Loft equalised after a striking 30-yard shot in the second period.

Cox said: “The first half was a little frustrating with the way we played as we gave the ball away too much, but in the second half we played with more tempo and passion.

“We kept the ball a lot better, and what a good strike by Loft to score. There’s a lot more positives I’m seeing, we’re pushing forward, I had to risk Myles (Hippolyte) and Harrison (McGahey), and I’m glad those two got through the whole game.”

“A little bit of a calm discussion at half-time meant we could change it and push Frank (Vincent) on a little bit more, but I think it worked better in the second half.” 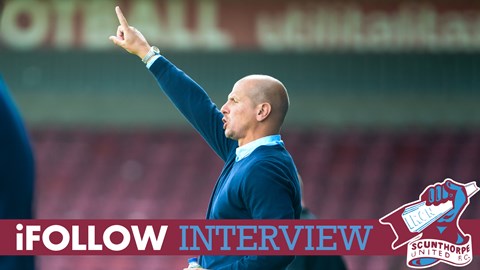 Cox commented on Loft’s goal, adding: “What a goal! He was disappointed with his first half performance, but the second half was better. He held the ball up and was stronger.

“It was a better second half and that’s what I expect. The aim is to try and win games both home and away. We’re going to keep pushing teams.”

Reflecting on how Newport played as a team and the challenge his side opposed, he said: “They are excellent, they put seven in the box from set-plays and we had to make sure we defended them well which we did.

“I was a bit disappointed with the goal we conceded but I thought the character we showed after going 1-0 down was right. Jacob (Bedeau) cut his head and a couple of players got bruised as they are a physical side, but we stood up to it in the second half. I thought we gave them a little bit more back.

Myles Hippolyte made his debut today, alongside Harrison McGahey getting more minutes under his belt, and Cox commented: “I was over the moon they lasted the full game and had to be careful making my substitutions as they have only just come back.

“I’m glad to get them through and we’ll have to wrap them in cotton wool for Sunday and Monday, and they will work hard Tuesday to get fitter.”

Speaking ahead of the next match against Crawley a week today, the manager explained: “We have a full week to get everybody fit, look at the team I want to play, see who trains this week and whose bodies are able to go hard in training on Tuesday and Thursday. We’ll see what see we put out there.”

Kenan Dunnwall-Turan was on the bench for the first time since getting signed as a work permit finally came through. Cox said: “I was going to throw him in, but I just thought I had to be careful. He’s not match fit yet, so we need to get him super fit for the way I want to play.

“He’s a good footballer, he likes the ball into his feet, around the box he’ll be dangerous and I think he’ll cause people a handful as well.”