The Iron's Under-23s kick-off their Central League season this Wednesday with an away clash against Huddersfield Town (1pm kick-off).

It's the opening game of the season for the Iron's Under-23s side, with the match against the Terriers set to be played at their Canalside Training Ground.

Wednesday's game is the first of eight matches played in the Central League during what will be a reduced season due to the COVID-19 situation, and these fixtures against the Terriers, Walsall, Grimsby Town and Salford City are scheduled to take place over the next few months. Click here to see a fixture list.

The game will be used as an opportunity to get important game time into players who have been on the fringes of the first team in recent weeks, as well as some returning from injury.

Jai Rowe (knee), Emmanuel Onariase (hernia), Kenan Dünnwald-Turan (groin) and Olufela Olomola (hamstring) could receive game time as they step up their returns from injury absences, while the likes of Adam Kelsey, Lewis Butroid, Devarn Green, Alfie Beestin, Tom Pugh and John McAtee (who had to self-isolate due to being in close contact with an Iron player who contracted COVID-19) may also appear.

Tom Collins, Andy Dales, Kelsey Mooney and Harry Jessop (presently out on loan at Pickering Town) could also be involved.

Finley Shrimpton and Charlie Barks, currently out on loan at Frickley Athletic, won't play as they started their fifth game in two-and-a-half weeks for their loan club against Sheffield FC on Tuesday night. 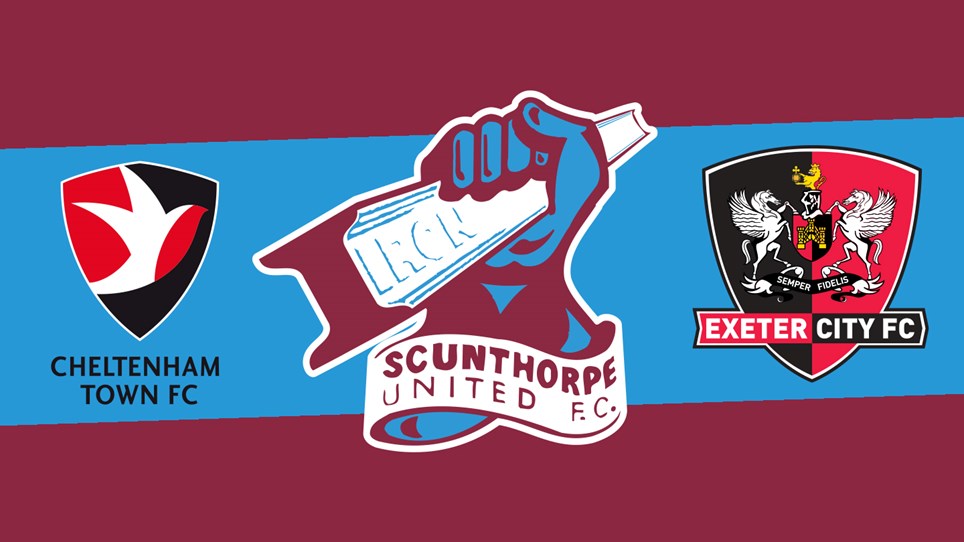 Cheltenham and Exeter away kick-off changes


Scunthorpe United can confirm kick-off time changes for two of our upcoming away games this month. 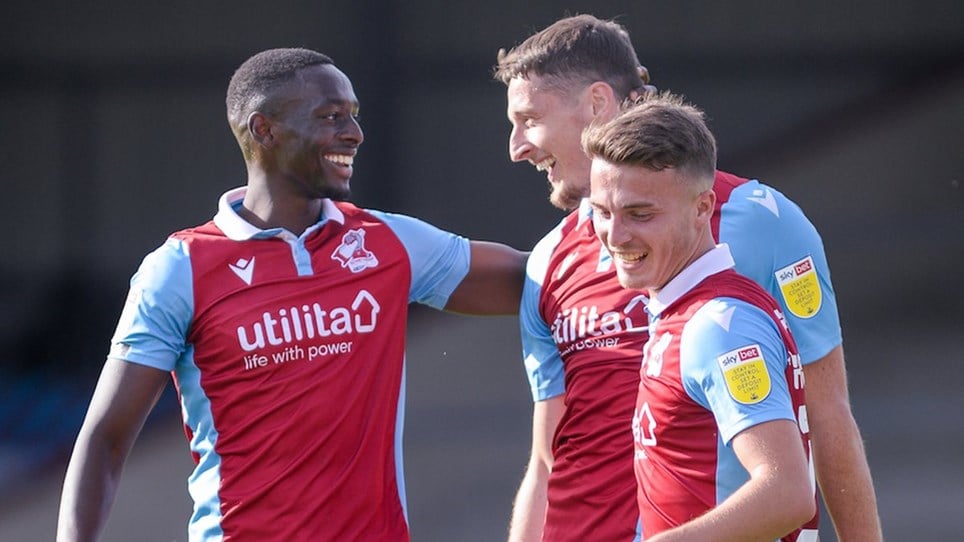 
Our 12th Man members will today receive their unique promo code that will grant access to watch this Saturday’s Sky Bet League Two fixture against Forest Green Rovers and are urged to redeem it AS... 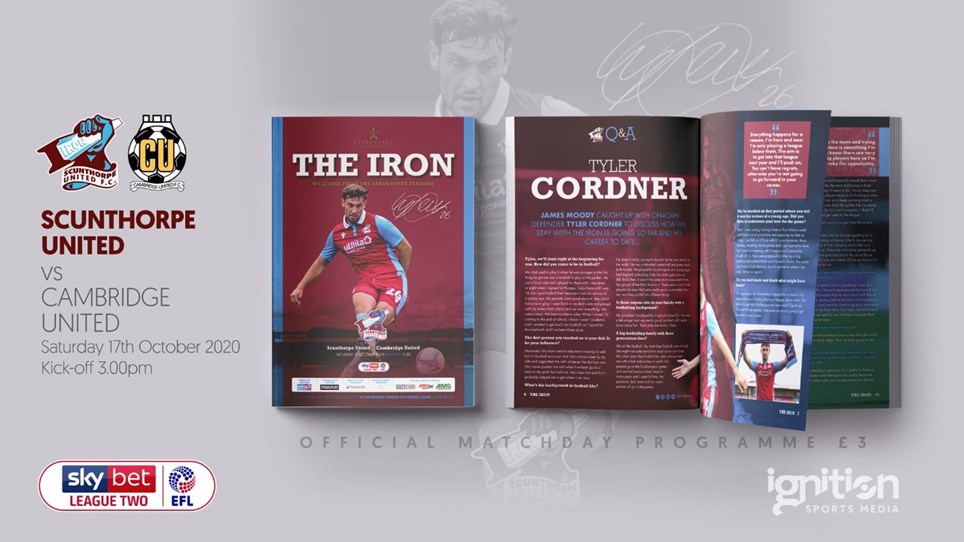 
The online version of our matchday programme for the home league game against Cambridge United on Saturday, October 17th is on sale now. 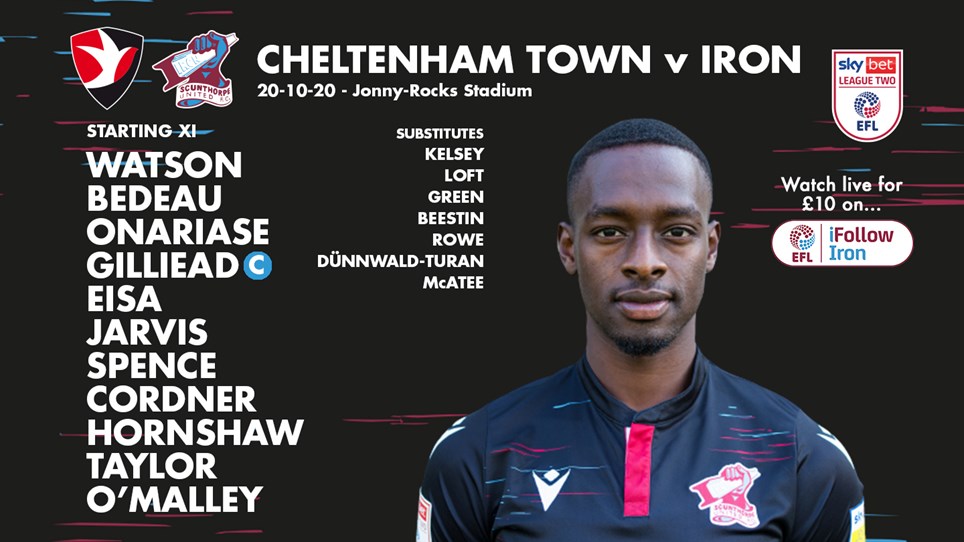 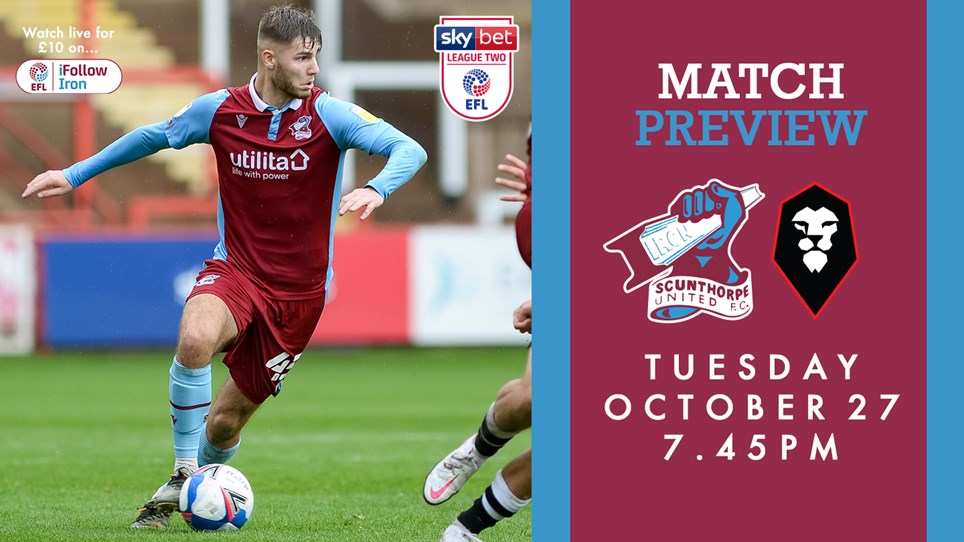 
The Iron are back in League Two action on Tuesday night when Salford City, under the caretaker management of Manchester United legend Paul Scholes, visit the Sands Venue Stadium (7.45pm kick-off).


Attention turns to the FA Youth Cup on Tuesday, as the Iron's Under-18s take on Grimsby Town in the first round at Blundell Park (2pm kick-off). 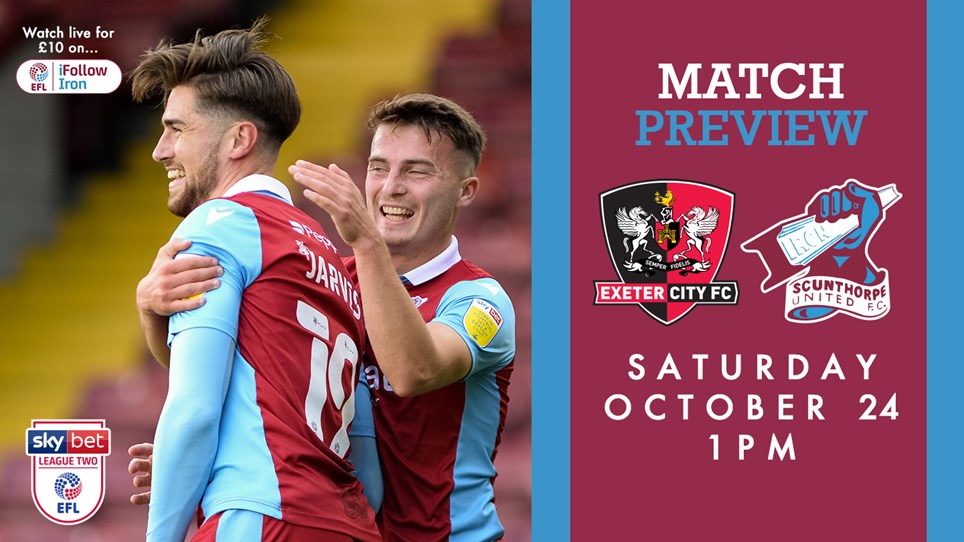 
United make their second long journey of the week when they travel to face Exeter City on Saturday (1pm kick-off). 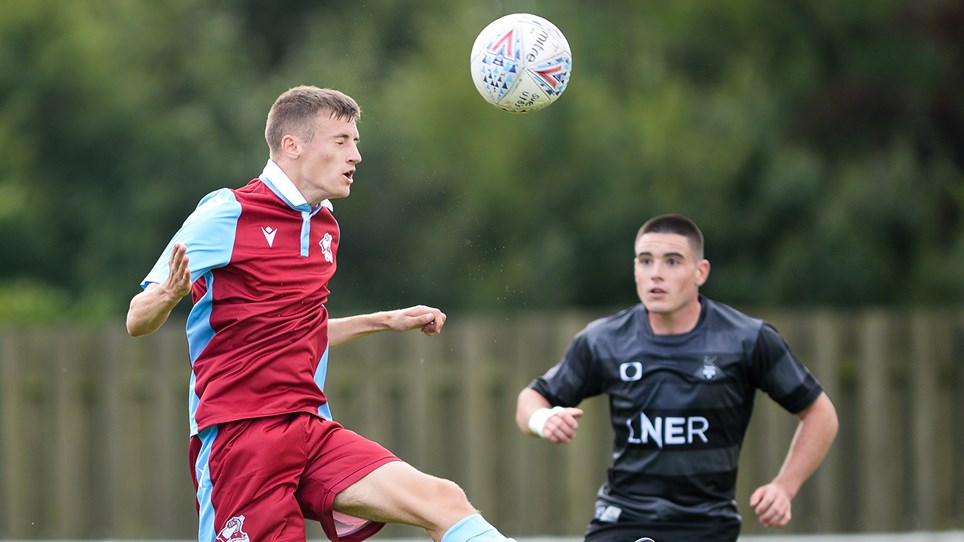 
Attention turns back to the Youth Alliance League this Saturday, as the Iron's Under-18s take on Mansfield Town at home (11am kick-off).