The Iron's academy side maintained their 100% record with an impressive 4-2 away win away at nine-man Bradford City on Saturday.

Joey Dawson grabbed a hat-trick, while Harry Lewis swept home the other Scunthorpe goal, with two Bantams players seeing red in the encounter in the Youth Alliance League North East Conference, with the game played at the Woodhouse Grove training base.

Following COVID cases, injuries and illness, the side had not played since the opening day win against Doncaster Rovers and were still forced into a number of changes for this game with players stepping up from both the Under-15s and Under-16s for the match with six scholars absent who would have been in contention to begin the game.

Bradford City, on the other hand, were the only team in the league to have played on each weekend since the campaign kicked off and they went into the match with one win from their four games.

There was a big shout for a red card in the first half with Dawson brought down outside the box by goalkeeper Tom Donaghy. Although seemingly the last line of defence, the referee opted to caution the shot stopper and the Iron were unable to capitalise from the resultant free-kick.

It took until the 41st minute for the deadlock to be broken and it came via the penalty spot when Luke Harrop was adjudged to have fouled Lewis who strode down the left side before being brought down, with Dawson stepping up to convert and send United into an interval lead.

A response was needed from the hosts and they certainly got it straight after the restart when Dylan Youmbi converted the equaliser on 48 minutes.

On 50 minutes, though, the game would swing back in Scunthorpe's favour when the referee awarded a second penalty following a foul by Donaghy on Dawson after he had broke through once more. Having already been cautioned in the first half, the young Bantams shotstopper was dismissed for his second bookable offence, with Darryl Ombang - who has recently been called up to an England Under-16s training camp - substituted on to fill the void.

His first job, though, was to pick the ball out of his net, with Dawson netting his and Scunthorpe's second to restore the lead.

Despite the one-man disadvantage, Bradford rallied hard and once again drew the match level via Cole Roberts' close-range strike on 57 minutes.

Less than 60 seconds later, United had their lead back. Lewis sent Dawson on his way down the left side, but the Iron full-back continued his run into the penalty area, meeting Dawson's pull-back to send the ball into the net to make it 3-2.

The hosts had to try to find their way back into the game for a third time, but that mission became much more difficult in the 68th minute when they were reduced to nine men. George Thewlis was shown a straight red card following a foul when United were through on goal, with the Bantams playing dismissed for denying an obvious goal scoring opportunity.

Dawson's hat-trick was completed two minutes into stoppage time as he raced through on goal, with Ombang unable to prevent him from slotting into the corner of the net to seal victory.

Academy Manager Tony Daws said: "It was an enthralling game. The performance and the workrate was fantastic.

"We've only got 15 scholars this season. On Saturday, we had six of those unavailable, so we had to draft in some younger players. Of the starters, Harvey Cribb is an Under-15, Harry Griffin and Harry Elliott-Bell are both Under-16s. On the bench, Matthew Hewitt is an Under-16, while George Burton and Finn Abraham are both Under-15s.

"Credit to the lads that came in, they didn't let themselves down and the acquitted themselves well. We've lost nearly half our squad and that makes the result and performance all the more pleasing.

"It's been hard over the last few weeks because at times we've only had seven or eight players training, so we've been restricted in what we can do. Leading up to the game, on the Friday, we were unable to do any shape work because three of our starting eleven were at school. It's been a really challenging time."


Striker Aaron Jarvis gave his post-match views to iFollow Iron after a home defeat to Forest Green Rovers on Saturday, although the 22-year-old did score in his first league start. 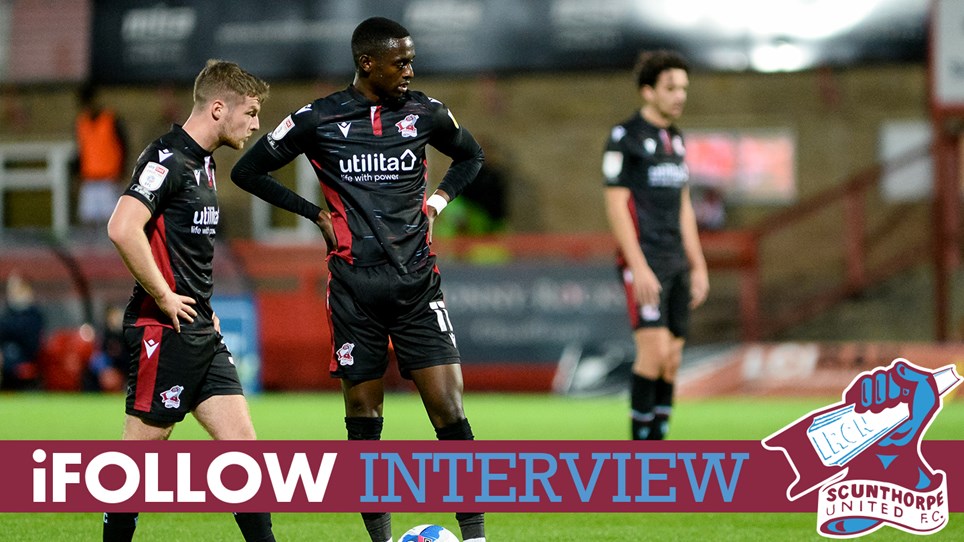 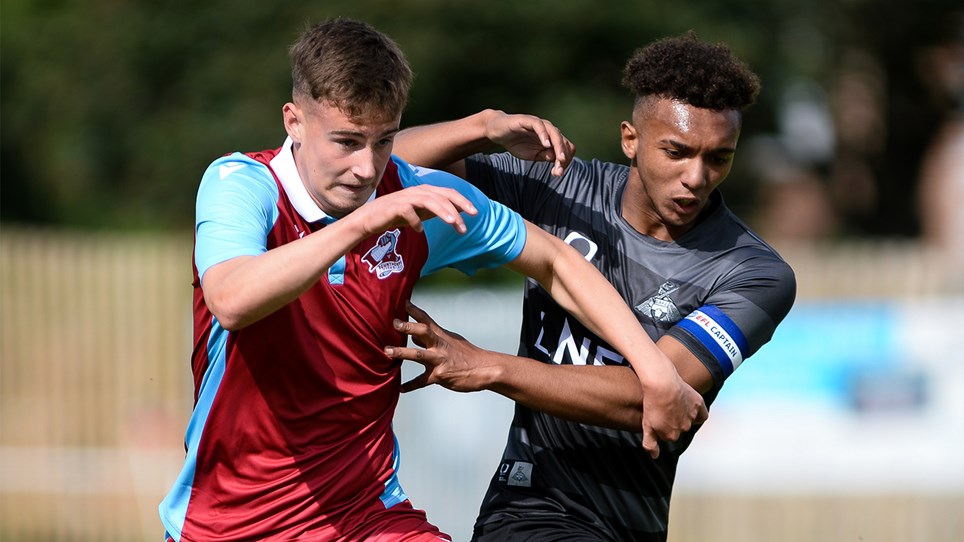 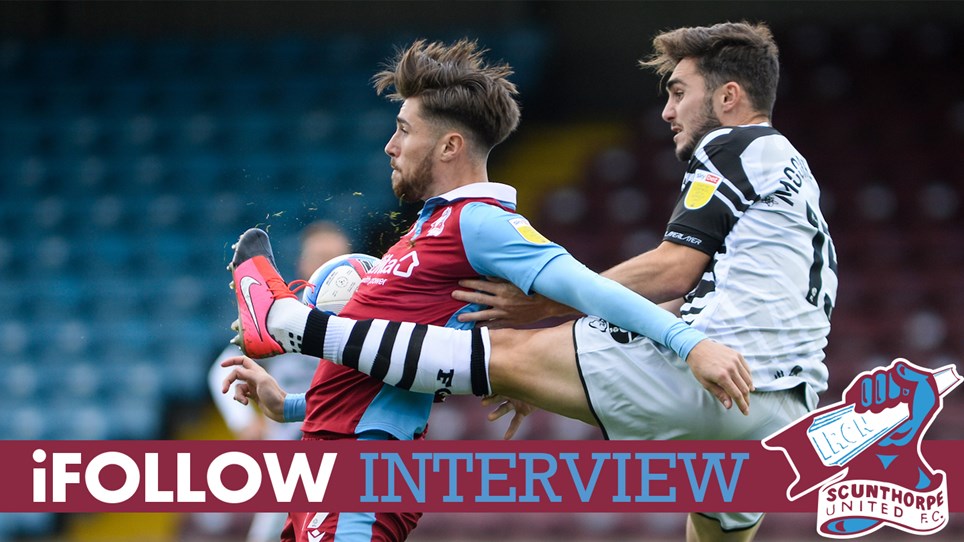 
Aaron Jarvis speaks following his first EFL start and his goal in the match against Forest Green Rovers. 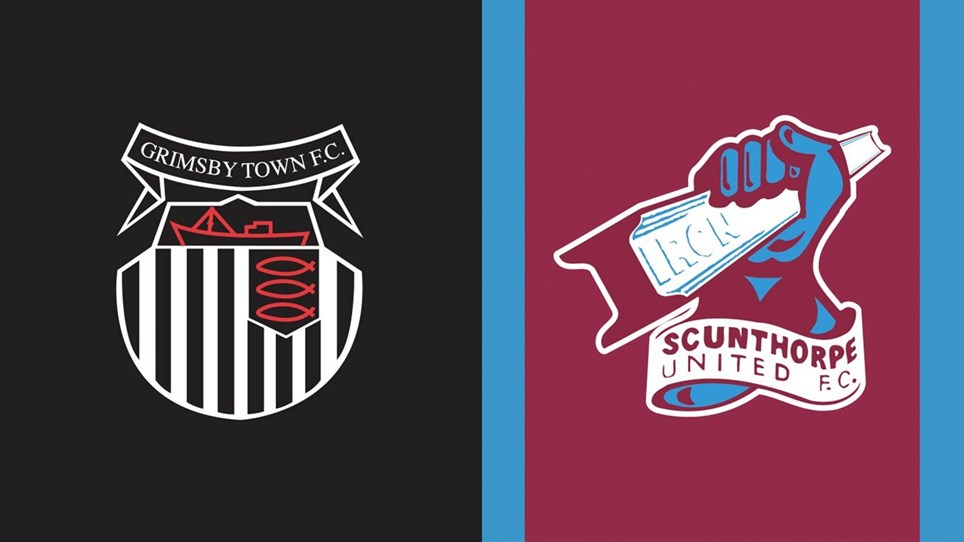 
The Iron Under-18s suffered an FA Youth Cup first round loss against Grimsby Town at Blundell Park on Tuesday. 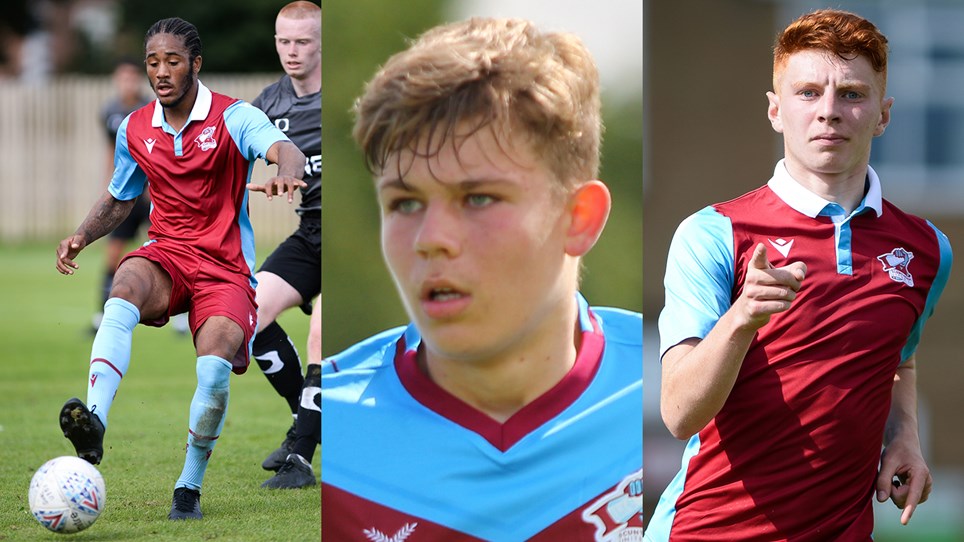 
The Iron's academy side made it three Youth Alliance League wins out of three as they beat their Mansfield Town counterparts 3-2 at Brumby Hall on Saturday. 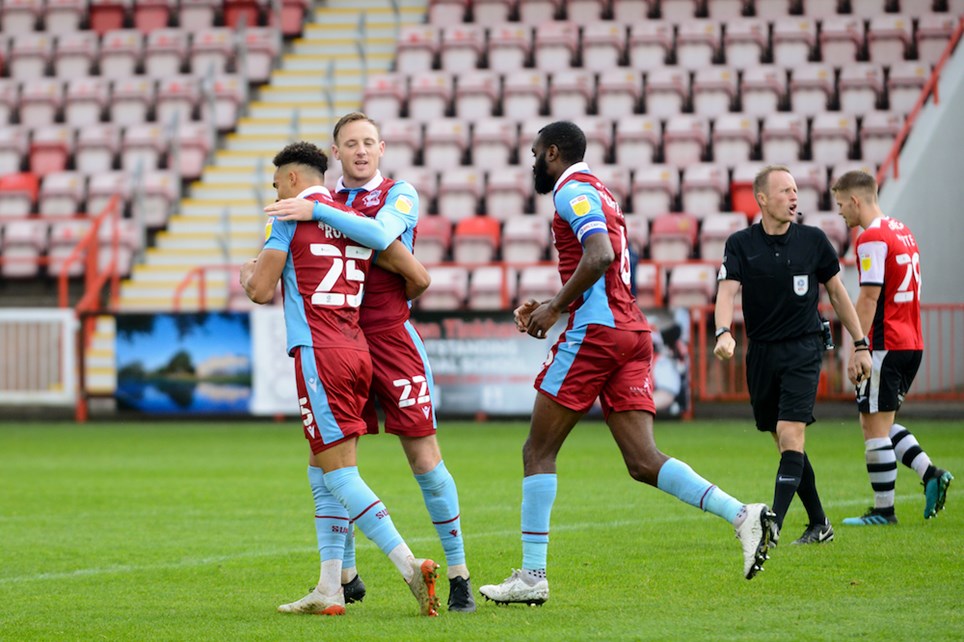