Myles Hippolyte wants to back up last weekend’s first league win with United’s first away three points at Tranmere on Saturday. 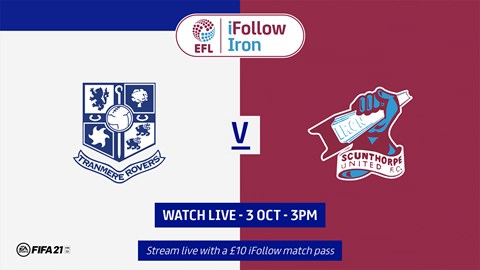 Speaking to iFollow Iron ahead of the game, Hippolyte is hopeful his run in the side will continue as he and the team aim to get a result at Prenton Park: “It would be good (to back up last week’s first win with a first away victory of the season).

“I’ve never played against Tranmere, so it’s a good experience for me to go and play there. Hopefully, I can continue to be in the team. I want to be involved. We’re looking forward to the game, the boys have worked hard in training and we want to go there and get the result.”

Reflecting on last week’s 1-0 win over Carlisle United, the former Yeovil Town player spoke about keeping everyone’s feet on the ground and moving onto the next game.

“There are a lot more games to go, so we can’t get too carried away,” he continued.

“It was massive to get the clean sheet. We needed it. For me, as an attacking player, we look at what we can do going forward in terms of getting more goals, but I was delighted for Rory (Watson) to have a clean sheet and for us to come out of the game victorious.” 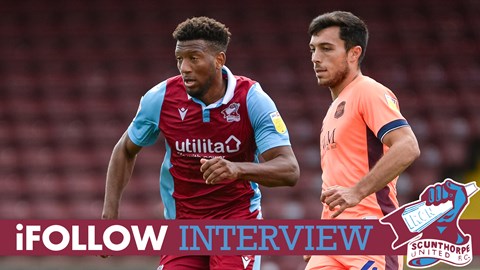 The 25-year-old also touched on the disappointing result against Manchester City Under-21s in midweek and, despite not being involved himself, drew on the learning curve as an experience for the whole team.

“It’s a group thing and we all know what we need to do to be better and we know we can be better,” he stated.

“We’re going to have games that will go brilliantly and some will go horribly. It’s those horrible games where we need to grind out a result, like we did last weekend. If we can do that on a consistent basis, we should be in a decent position come the end of the season."

Confidence is growing for one of United’s summer signings and he believes that it will continue to do so as he plays more and more games.

“I’ve had a good start,” he said. “I’ve got targets that I want to achieve and I’m on course with them. I’m getting game time and the gaffer is giving me his backing. I’ve just got to keep performing. I’m looking forward to many more games, developing more and learning more.

“The more I play, the more confident I will get and the more I’ll be able to express myself. I came to the team with my fitness quite far behind having only trained one day, whereas the team had trained a while before me, but now I’m feeling fit and in good shape.”

Hippolyte has been deployed in a couple of different roles in his Iron career so far and he’s seeing the experiences as new ways to develop as a player.

“I’ve always been able to adapt,” he added. “I see myself as an attacking player, but I learn as I’m going forward.

"The gaffer sees other attributes in me which is good. The whole thing is about trust and if the gaffer can trust me in those positions, I’ve just got to make sure that I perform when I am. I’ll always try my hardest for the team and for the gaffer.”

See much more from Myles Hippolyte on iFollow Iron. Click here to buy a £10 iFollow Iron match streaming pass ahead of the game.