First team manager Neil Cox provided his reaction to iFollow Iron after we lost 2-0 away to Tranmere Rovers.

United were defeated after the home side went ahead in the first half with a goal from James Vaughan, who then added to this in the second period.

Cox said: “I’m disappointed with the result but the performance was a good one - especially in the first half, when I thought we controlled the game, coming away to Tranmere, who are probably going to be in the top six or seven this year.

“We settled in and passed the ball well. I was looking to change a few things at half-time and be more positive with the players we had as they were keeping the ball but not really going forward.”

Talking about the goal for Tranmere on 41 minutes, and how this was a turning point for the home side, the manager said: “The goal at half-time changed things. It enabled them to sit in and not really come out.

“We tried to change things at half-time by playing a little bit quicker and move forward but the team's probably taken that a little bit too literally going forward. We kept giving it away.

“I think until the goal we were having the possession and they were getting frustrated with themselves and having a little go at each other. We controlled the midfield which is good against their experience in midfield. I think we just lacked a little bit of belief.”

Discussing the debut of new signing Jake Taylor from Nottingham Forest, he commented: “I thought Jake did really well for 75 minutes and then he got tired.

“He’s a good player and wants to get on the ball. He wants to attack and get in the box. I think the fitter he gets the better for us he will be.”

Commenting on the team and injuries, Cox said: "Jordan Hallam’s felt his hamstring in the week. Because he’s had a lot of problems injury-wise, we just want to be careful with him. We had a chat with him and he knew he was a little bit sore in those areas so we decided to rest him.

"We’ve got loads of games, we’re only four league games in and hopefully he’ll be back in training by the end of this week.”

Talking about the next game, which is next Saturday at home against Forest Green Rovers, and what the team needed to improve, he said: “We must have had ten or eleven shots - but not many were on target, or six-yard entries which disappointed me.

“The way we keep the ball is what we’re working on, for a young team to come here I think we are quite happy with that aspect.

“We’ve got players coming back and will get fitness work into a couple more which they’ll need, and make one or two changes when I have to because there’s a really busy period coming up.” 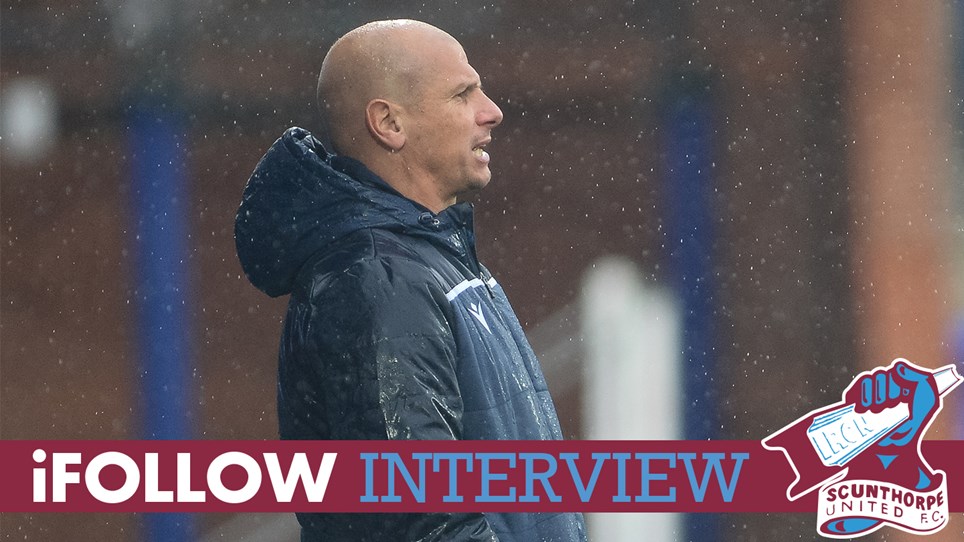 
Post-match reaction from Alex Gilliead after the game at Tranmere Rovers.


Extended match highlights from the Iron's 2-0 away League Two loss at Tranmere Rovers.