Olufela Olomola scored his maiden goal for the Iron's first team late on, but United were defeated 2-1 by Mansfield Town in the Papa John's Trophy group stages on Tuesday evening.

Alistair Smith floated in an early cross for the visitors in the second minute, but Mason O’Malley saw the ball out for a goal kick.

Two minutes later, Alfie Beestin fired the ball into Andy Dales, who controlled well before offloading down the Iron left. Beestin then sent a brilliant ball forward to Ryan Loft, who turned his man and won a corner.

On five minutes, Kevin van Veen’s corner was headed back to the Dutchman, who struck low and hard towards the near post with the effort taking a deflection for another corner.

Straight after, Loft and van Veen both exchanged passes before the ball came out to the right with Dales. A free-kick was awarded against the Iron shortly after.

Loft then chested down Rory Watson’s kick forward, with Myles Hippolyte quickly finding van Veen. He drove forward and looked to play the return ball into the area, but it was intercepted.

For the opposition, Jamie Reid was caught offside following long balls twice in the space of 30 seconds as the Iron kept a good line at the back.

With 11 minutes gone, from a throw, Mansfield whipped in a low right-winged cross, but it was straight at Watson, who gathered comfortably.

The referee then played a good advantage as the visitors came forward, with Law looking to thread the ball into the area, but Watson was out to pounce on the ball.

After 16 minutes, Corey O’Keefe smashed into Hippolyte on the right side, which resulted in a free-kick to the Iron. Van Veen took it, with goalkeeper Aidan Stone coming a long way to claim the ball.

A minute after, Emmanuel Onariase made first contact on a free-kick into the Iron penalty area before Ryan Sweeney headed the rebound towards the top corner, with Watson clawing the ball over to make a fine save.

United twice dealt with crosses from the resultant corner following that, before hooking clear for a throw.

Loft then won a free-kick after he was held by Sweeney. Mansfield cleared, but Dales picked up the ball and tried his luck from 25-yards, with the effort deflected wide for a corner.

There was then superb link-up play from the Iron before the final pass was drilled into Dales who turned his man before being brought down from behind, resulting in a free-kick for the Iron.

Van Veen took the set-piece, with the curl and whip taking the ball away from the goalkeeper, only for the ball to cannon off the bar and out of play for a goal kick.

Loft then nodded through a header which van Veen chased back to the visiting ‘keeper. Stone shaped to clear before pulling the ball wide of the Dutchman’s attempted block.

A minute later, Jai Rowe got in behind on the right side following a neat pass into the channel. He cut back for Loft who fired his shot over.

After 27 minutes, Dales stole in on halfway and drove forward before sending Loft in on the left. He surged into the area and went down under a coming together, but the referee cautioned him for alleged simulation.

Just moments after, there was a Big handball shout turned down as Dales’ goal bound effort was blocked by a Mansfield player. It came following good work from Loft and Hippolyte, who sent in the cross.

In the 33rd minute, there was a corner to the Stags as Dales tracked back on the right to block a cross. O’Malley was quick off the post to read a quick set-play to clear.

There was then another corner to Mansfield on the right after a ricochet. Rowe headed clear the first cross before Sweeney headed home from the second ball in.

They almost doubled their advantage moments later when Aaron O’Driscoll had a long range effort cannon back into play off the crossbar before Rowe blocked a second attempt moments later.

They continued to press, and Cook headed towards goal following a right-wing cross, but it was straight at Watson, who saved. Soon after, Smith rolled a speculative effort wide of the target for the Stags.

Then, a minute before half-time, Reid volleyed home the visiting side's second goal from close range following a cross from the right.

There was a pre-planned half-time substitution as Kevin van Veen was replaced by Jordan Hallam.

In the 46th minute, there was a quick start from the Iron who sent Hallam down the left. He cut into the area before teeing up Hippolyte, who saw his shot blocked.

Dales then turned his man on the right side and was tripped. Hallam’s subsequent free-kick was cleared only as far as Tom Pugh, who hit the ball on the volley with his left foot, as the effort went wide.

After 52 minutes, Hippolyte sent a long throw into the area, with the second ball then looped towards the back post, with Mansfield goalkeeper Stone doing well to claim.

The visitors headed wide from a resultant corner on 56 minutes, after Tyler Cordner cleared following a low ball into the box from the left.

The 62nd minute saw a free-kick awarded to Mansfield on the right channel following a foul by Mason O’Malley, who also got a yellow card from the referee.

Dales brought the ball down the left and strode into the area, but couldn't squeeze in a cross as he got to the goal line.

With 66 minutes on the clock, Loft was replaced by Olomola for the Iron's second change of the night.

The 69th minute saw a corner to the Iron as Hippolyte played it around his man before forcing a clearance.

On 75 minutes, Rowe was next into the referee’s notebook following a foul on the left channel.

Two minutes after, Dales headed a corner clear before Hallam hooked away the second cross. Pugh then cleared for a throw as a third cross came into the area.

At the other end, with 11 minutes left, Olomola let fly from 30 yards, with the ball nestling in the roof of the net, scoring his first goal for the Iron's first team.

United made a further alteration with nine minutes left, as Rowe was replaced by George Hornshaw.

Seven minutes from time, there was a superb save from Stone as he got down low and read the deflection as Olomola sent a left-footed effort goalwards.

Pugh then picked up the ball and drove forward. He looked to have threaded through to Hallam, but Sweeney came across to clear.

With 85 minutes gone, there was a brilliant save from Stone as Hallam’s corner went to the far post where Onariase was lurking. His volley was somehow turned behind.

Olomola was then lurking as the second corner dropped but the visitors scrambled clear.

There were four minutes of stoppage time, and the Iron continued to press but couldn't find the important equalising goal. Mansfield came closest in that spell, when Cook fired wide from close range.

Scunthorpe return to action with their first league game in three weeks this coming Saturday when they visit Oldham Athletic (3pm kick-off). 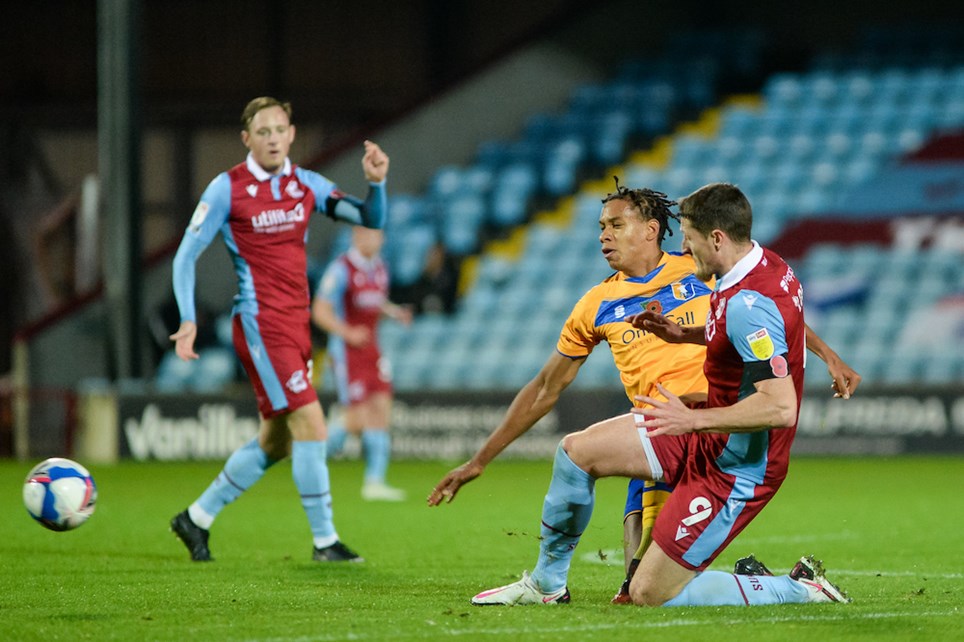 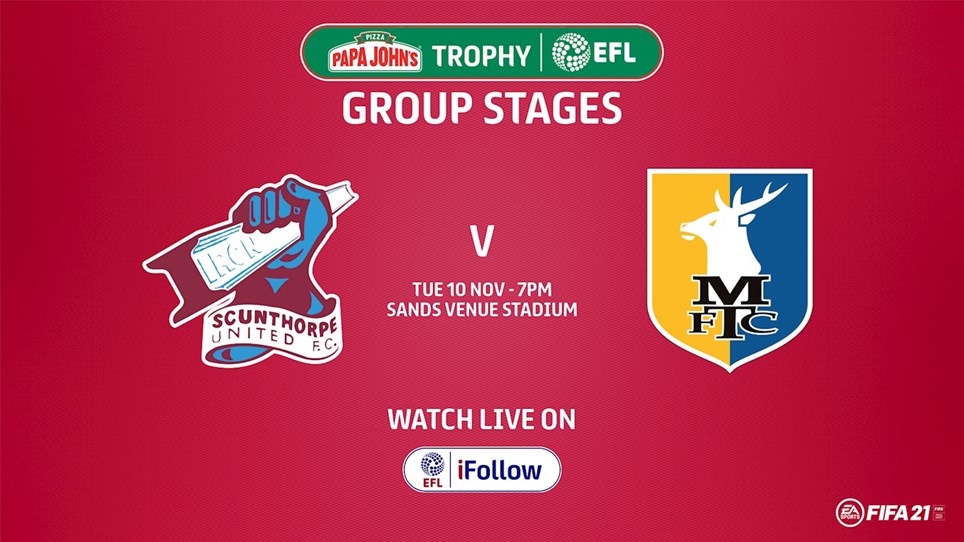 
The Iron are in Papa John's Trophy group stage action on Tuesday, November 10th when they host Mansfield Town (7pm kick-off), and though the game will be played behind-closed-doors due to the COVID-19... 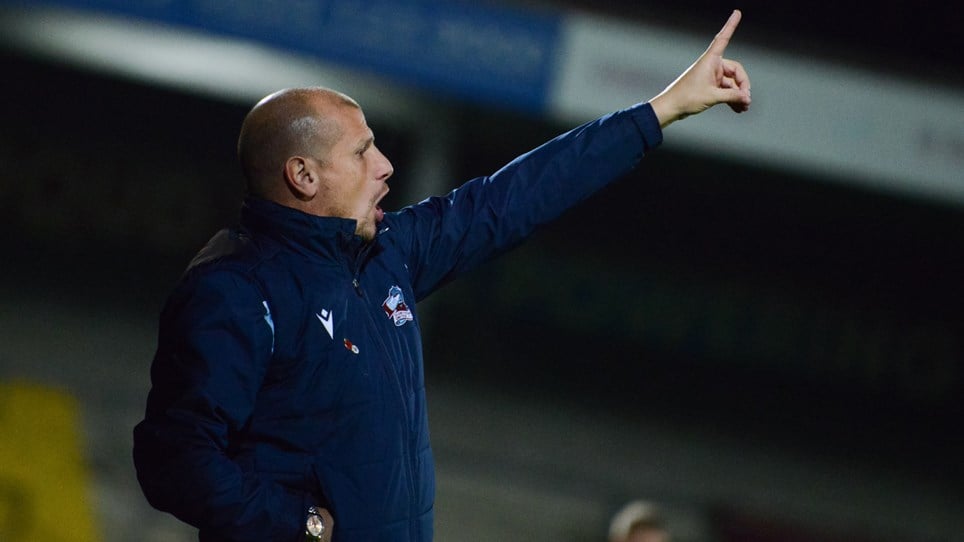 
First team manager Neil Cox provided his reaction to iFollow Iron after his side were beaten 2-1 at home by Mansfield Town in the Papa John's Trophy group stages on Tuesday night. 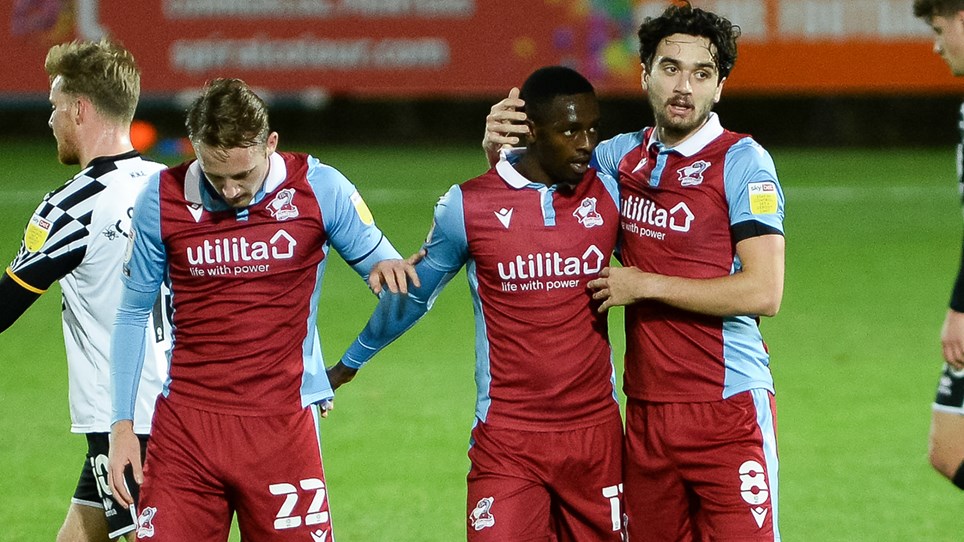 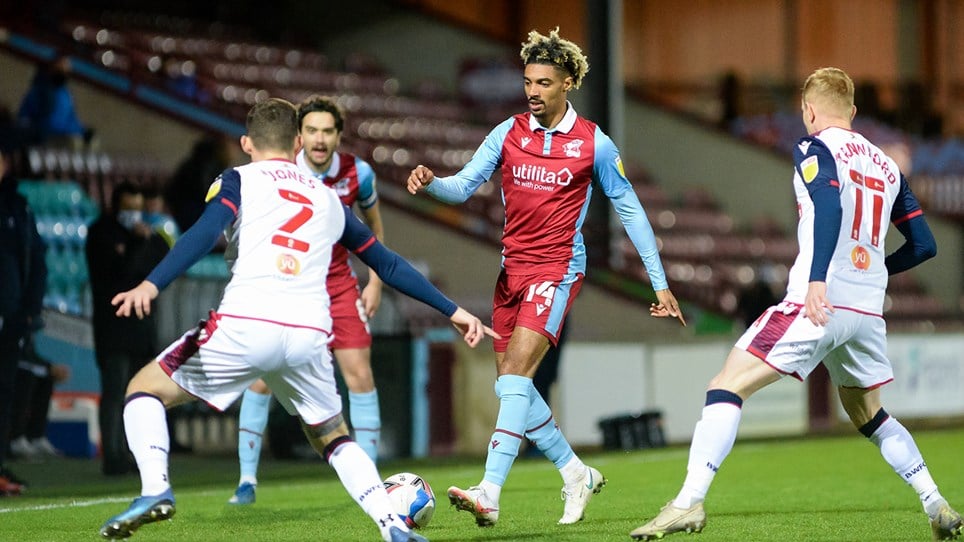 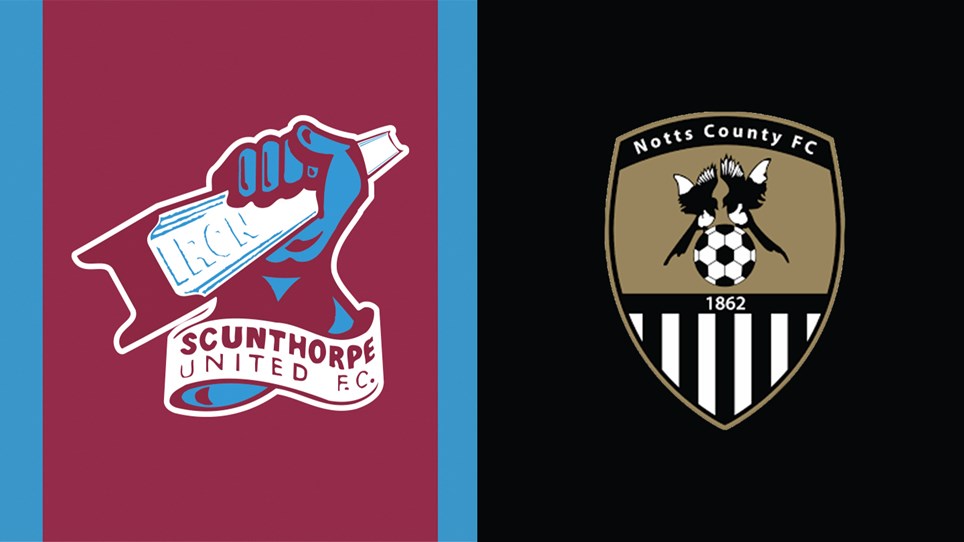 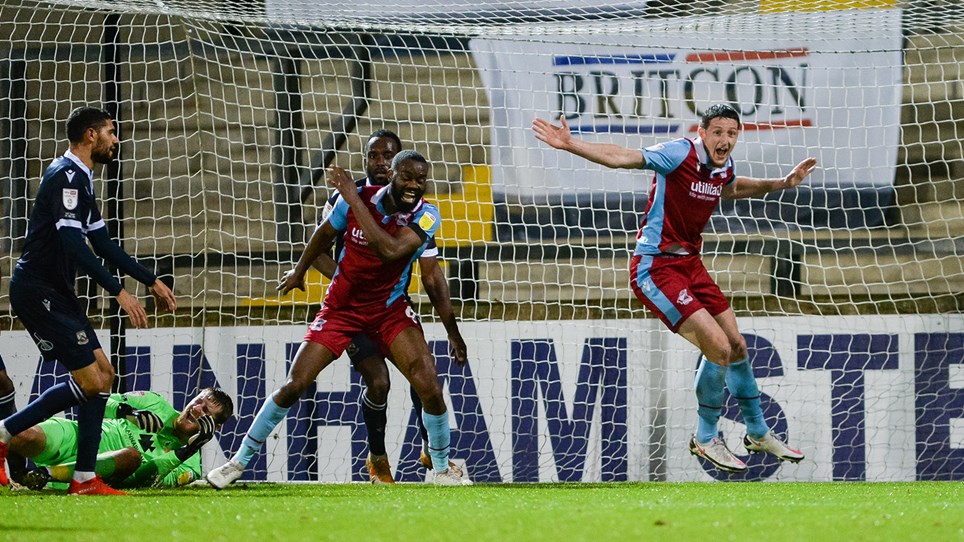