First team manager Neil Cox provided his reaction to iFollow Iron after the 3-2 Emirates FA Cup first round exit at the hands of Solihull Moors.

John McAtee equalised on 14 minutes following Stephen Gleeson's opener from the penalty spot, but the away side regained the lead through Krystian Pearce soon after the half-time break.

Gleeson added his second from the penalty spot late on before substitute Kevin van Veen pulled one back in the closing stages (he was making his first appearance since March due to the premature end to last season because of COVID-19 and a knee injury).

Cox said: "We're disappointed to go out of the FA Cup, especially with three poor goals conceded but I'm also quite proud of the players who have just walked into the building after self-isolating for two weeks and they put a shift in for the team.

"Given those circumstances, I thought it was a spirited performance. The disappointing thing was the goals we conceded, through two penalties and a set-play. Otherwise, we were in the game.

"We have to defend better, and must stop giving silly free-kicks away and silly penalties away - that's five in the last four games.

"It's been a hard couple of days really because I wasn't sure who was going to come in the building and that they were going to be fit to play. We have eight or nine back in the building tomorrow (on Monday) though, who we'll assess before we play Mansfield on Tuesday night. One or two still feel under the weather so weren't able to train.

"There are no fresh injuries from this game, which is good because I couldn't afford any more of those - especially to the key players. I was really worried about that beforehand given our circumstances.

"We still weren't 100 per cent that one or two were going to be fit to play when we put the teamsheet in. We got the players in a little bit early today just to have a look at them and make sure they were fine.

"We have to go again on Tuesday (vs Mansfield in the Papa John's Trophy) and Saturday (away at Oldham Athletic in the league). We'll look to get some proper minutes into some on Tuesday night. It's going to be difficult and we have to be very cautious that we don't play somebody that's still feeling the effects (of COVID-19)."

On a positive note, the boss was pleased to see Kevin van Veen, Jordan Hallam (who hasn't played since Carlisle at home in September) and Olufela Olomola (who's not played for the first team since the pre-season friendly against Nottingham Forest) come on as substitutes after injury lay-offs.

Cox said: "It's good to see Kev back. He's not fit and ready to start yet but he's been able to train for a few days, so I brought him into the squad and he's going to have to get his fitness in games. It was good to see Jordan and Fela get back involved as well. They're not match-fit yet but back in squad contention. I was wary about playing Kev, but he and Jordan showed coolness for the second goal, which is what we've needed.

"Junior Brown hasn't played 90 minutes since January and we played him as a left-sided centre-half to get him through the game, which he did." 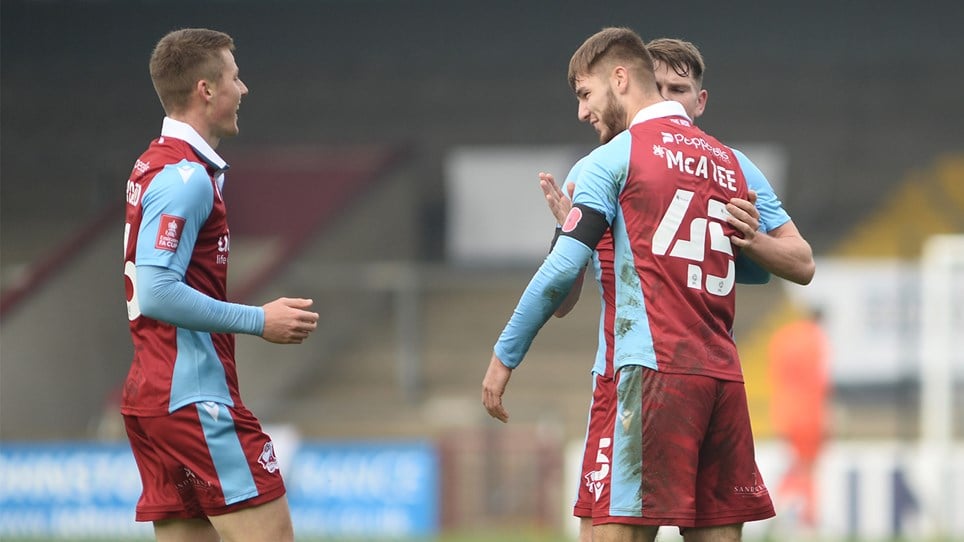 
The Iron exited the Emirates FA Cup at the first round stage, as they were defeated 3-2 at home by Solihull Moors on Sunday lunchtime. 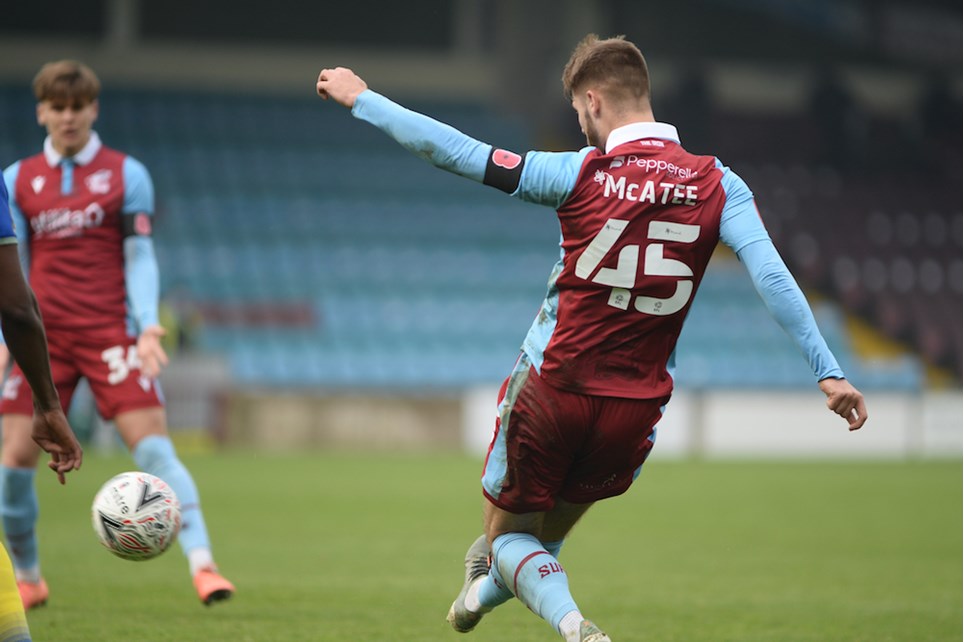 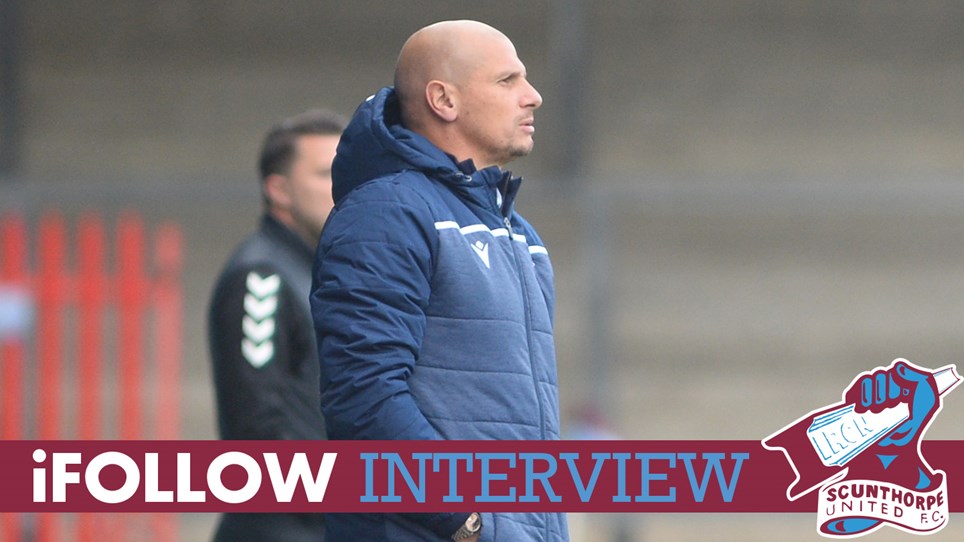