With a career which spanned 18-years, totalling 571 appearances and 121 goals, it would be hard to comprehend the message at 18-years-old that your playing days may only last for eight years at a maximum, but that was exactly the message delivered to Chris Iwelumo.

It could’ve been very different for the forward, who went onto play in the Premier League and represent Scotland, following the first of ten knee operations.

“I had an operation when I was 18 and they told me I would only play football until I was 26 or 27,” said Iwelumo.

“I retired when I was 36, but when I signed my contract with Charlton turning 29, I knew I was on borrowed time. I had ten operations on my knee in total, and I knew any years beyond that was a blessing.”

Now a jack-of-all-trades, so to speak, the big striker can often be seen on our TV screens on Quest and heard on talkSPORT and Sky Sports, but that’s not all that occupies his time.

“I went back to university to do a journalism degree and me and a close friend also stared a property company, so I manage my own property portfolio now and I also do the likes of talkSPORT, Sky Sports, a weekly podcast with Wolves and I also work with Stoke City,” he explained.

“It’s been hard, but it’s been great. I’m still a little bit envious of those guys who go into jobs and work 9-5 because they know what they’re doing every day. The property portfolio gives me a lot of free time to do what I want to do, including the media stuff. It’s very different week-to-week.

“The long term plan is the property side of things. I buy, I flip, I rent out and I manage that all on my own. It’s more than a hobby. I’m trying to grow that and hopefully one day, I’ll be able to retire and go and live in the sun somewhere.”

Despite playing in England’s top flight, arguably Iwelumo’s most prolific spell was while with today’s opponents Colchester United. He described himself as “the forgotten man” when he decided to return from his spell in Germany, but one manager who had kept tabs on him was Phil Parkinson.

“Phil Parkinson tried to sign me before, but I went to Germany and kept in touch with me,” he continued.

“Doncaster were also interested but that relationship with him took me to Colchester. We were favourites to get relegated, I got 37 goals over two seasons and we went into their history as their highest finish in the Championship.

“He recruited well, there was experience at that level and it all clicked. Layer Road played a massive part in that too, being a tight, compact ground. At the end of my time there, they offered me a contract, but I was a free agent and I had done seven medicals that summer - Leicester, Coventry, Charlton and Brighton among them and Colchester couldn’t match it. Charlton had just been relegated and blew everyone away.”

Fast forward six years and Iwelumo found himself at Scunthorpe United, his final EFL club. The Scotsman knew he was en route to his final playing days, but he had already experienced eight bonus years.

“It was one of those things,” he stated.

“I went out on loan from Watford to Notts County and Oldham and I suppose I was on that slippery slope. I already had a relationship with (former Burnley manager) Brian Laws and that’s what brought me to Scunthorpe. I was based in the Midlands, so I was doing that journey every day, a five-hour round trip.

“There was a lot of things going on at that time, personally as well. I was going through a divorce and that took priority over football to be honest. Understandably, it wasn’t a successful time, or a great time in my career. I was just disappointed that Scunthorpe fans didn’t see the Chris Iwelumo that a lot of other clubs saw. The divorce lasted for about two years and I retired two months after that.

“It was a great group, which was very rare. Everyone got on really well and everyone respected Brian and Russ Wilcox as well. I knew he could get that little bit extra out of the boys when he took over. I left in January, but it wasn’t any surprise that the side went onto promotion.” 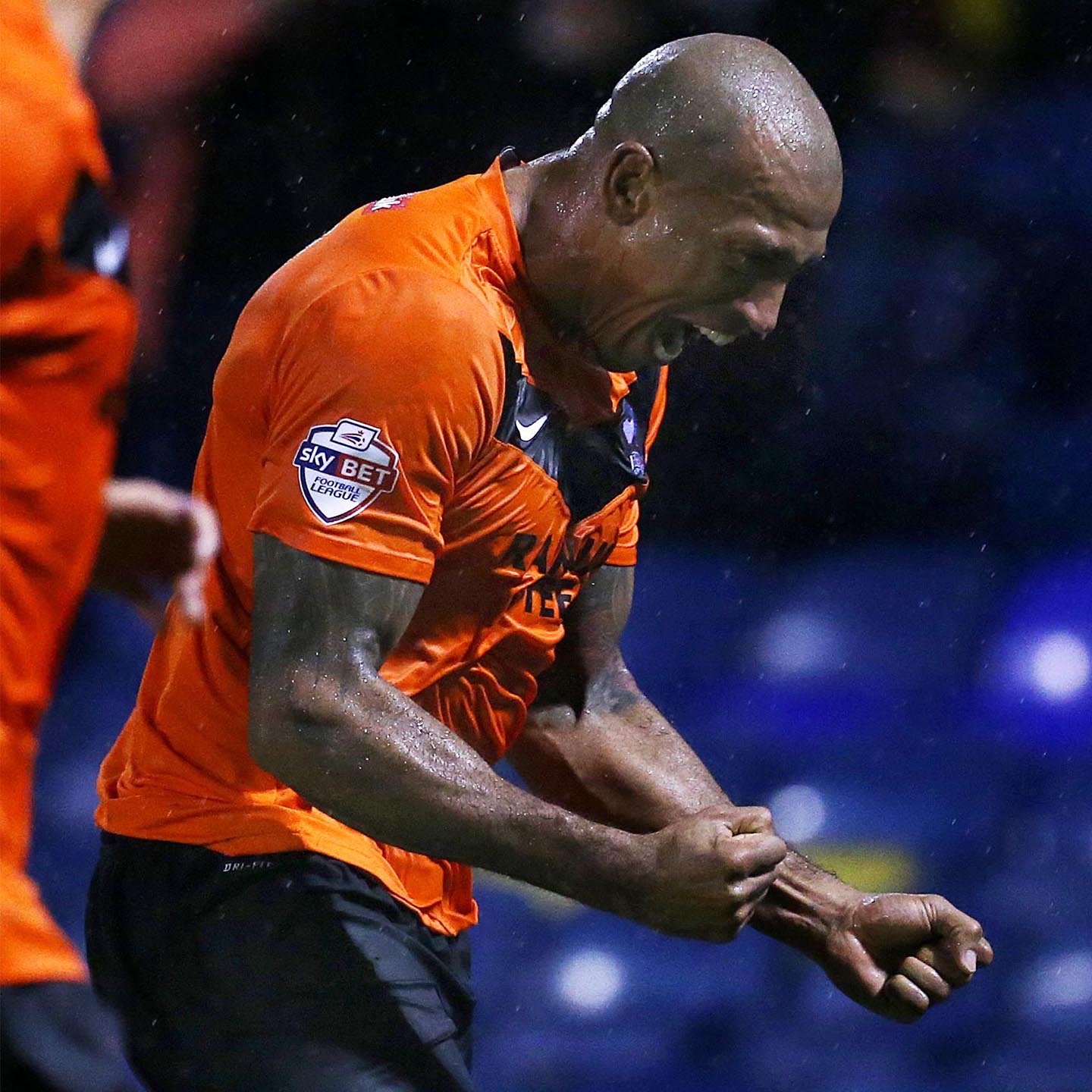 Chris Iwelumo picks a six-a-side team of players from his time with us.

Goalkeeper: James Severn
I’m going with Sev for this. In five-a-side, he was such a big, aggressive guy. Six-a-side is based on goals, so other than the ‘keeper, I’m going all out attack.

Midfielder: Matt Sparrow
He led like a captain. We arrived at the club at the same time and he returned to the club from Brighton and I’d played against him, so I knew how good he was. I could tell what he was like from playing against him, but as soon as we were in the same dressing room, you learnt how good a character he actually was. He led by example.

Midfielder: Michael Collins
He was a great captain for the club for the spell I was at Scunthorpe and another fantastic character.

Midfielder: Gary McSheffrey
I know Sheffs and he’s a really good friend of mine. He came in a little bit later than the rest.

Forward: Deon Burton
Me and Deon got promoted together at Stoke City. He’s someone I know well - a fantastic professional, a great character and fantastic in the dressing room. I could say that about all of these players.

Forward: Sam Winnall
I played with Sam at Wolves as well, so I knew him very well. I’ve got some great stories of Sam, but that’s probably for off the record! He’s a great player and he’s done well for himself, but he deserves it all because he went away and worked at his weaknesses and came back all the stronger for it. 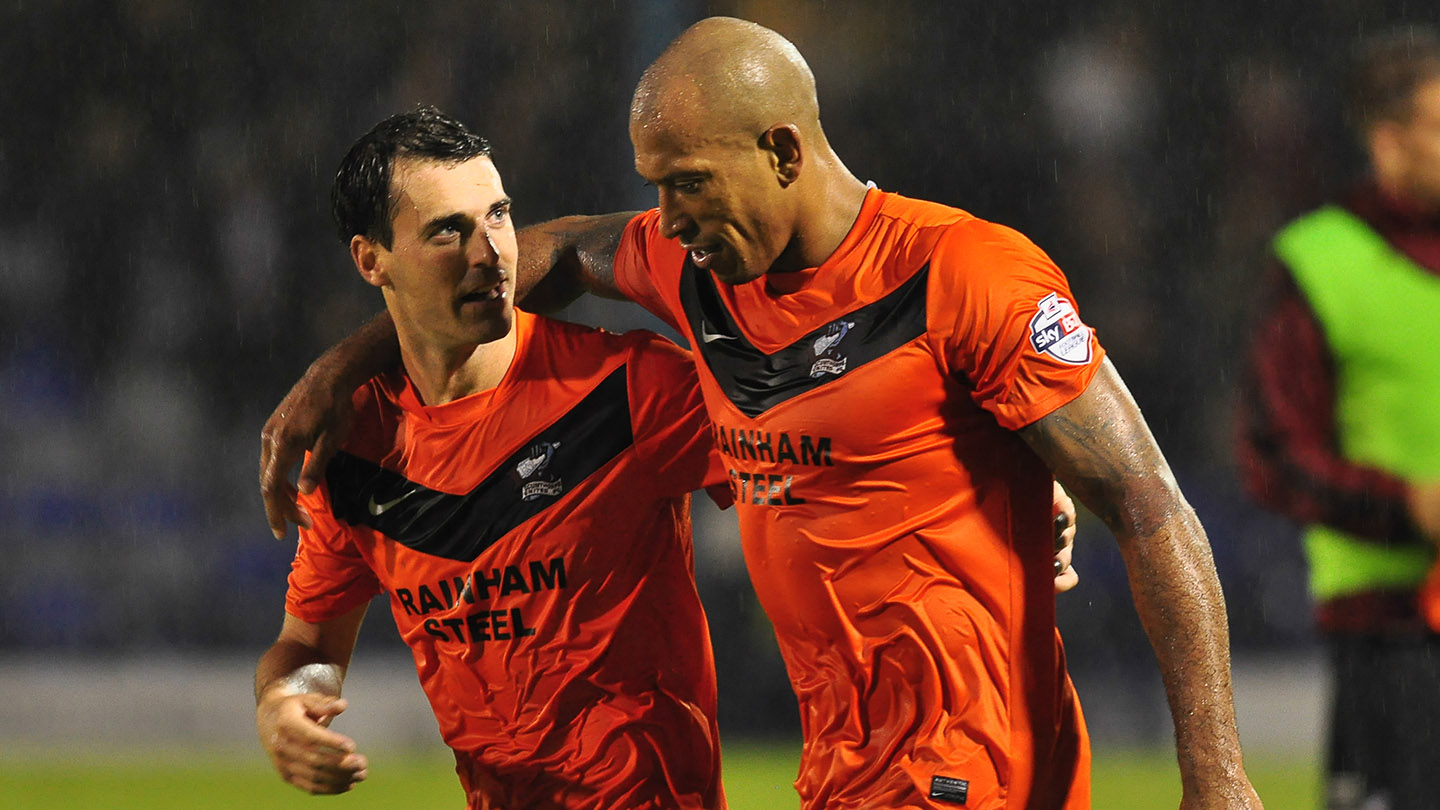 MY MOMENTS IN FOOTBALL...

My career highlight: I got promoted five times, if you include the Scunthorpe one. Footballers want to play at the highest level, so to get promoted to the Premier League with Wolves gave me the chance to do that. I also got the chance to represent my country, so there are a lot of highs in there.

My career lowlight: The lowest point was probably that miss on my debut for Scotland. I was offside if you look at it, but it was just one of those things. I was a centimetre away from being a national hero and I’m a very proud Scot, so that would’ve been a dream come true had it been the other way round.

My favourite goal: I scored a bicycle kick - the first of a hat-trick - for Wolves against Preston. I also scored another hat-trick against Preston for Burnley, with one of those being a volley. My favourite is probably for Wolves away at Sheffield United. For a big man, I wasn’t blessed with pace, but I outpaced Kyle Naughton, took it round Paddy Kenny, stayed on my feet and tucked the ball into the bottom corner from the tightest of angles. I had one boost and I used it there. I’ve posted both of those on my Instagram.

My career as a whole: When you get told at 18 that you’re only going to play until you’re 26 or 27 and instead played until I was 36, you’ve got to be happy. I got promoted five times, played in the Premier League, represented my country, played in Germany, played in the UEFA Cup, so I can’t complain. I’m still very much involved in football and it was a great ride and now I’m just enjoying the next chapter.

My football regrets: I always say no regrets, but if I had one in football, it would be leaving Wolves when I did. I had another year left on my contract, but Brian Laws came in from Burnley and offered me a three-year contract at 31-years-old. It was too good an option and I had that discussion with Mick McCarthy. I enjoyed my time with Burnley, but in hindsight what would’ve happened if I’d stayed.