It's a well-known Iron fact that the current record league win is 8-1 and has been set twice, against Luton Town and Torquay United, respectively.

But obviously, those two scorelines that were recorded in both 1965 and 1995, weren't always the club records to stand, so what preceded it? We take a look at the previous record league wins during our time in the Football League / EFL, an in-depth look at the two games in question, and a look at how close United have to ever beating or equalling that scoreline again.

Since admission into the league in 1950, the record obviously had to start somewhere, but in actual fact the first season saw one scoreline remain as the record win for 15 years until that game against the Hatters.

In actual fact, across the Iron's league history, there have just been seven club record wins, two of which have been equalling feats.

It goes without saying that the very first league win would be the opening record, with that taking six games following admission into the league. Scunthorpe had drawn four out of the first five matches in the league before edging a 1-0 scoreline against Oldham Athletic.

Incidentally, the replacement record would follow just six days later in the club's second ever league win, but what was ironic was that it was against the same opposition. The same one-goal margin saw United take both points in the game, but this time a seven-goal thriller was shared.

Fast-forward onto win number three just 18 days later and that record was stretched to three goals as Accrington Stanley were the visitors to the Old Show Ground.

The fourth league win wouldn't make it into the record books as the Iron beat New Brighton 2-1 away from home, but it would be the reverse fixture which overhauled the record for the following 14 years. In April 1951, the Merseyside team would journey to Scunthorpe to experience what they had for most of the campaign; a loss.

The romp would be their sixteenth game in a row without a win, with 14 of those being defeats, as they edged closer to their final involvement in the league. Indeed, just eight games later their season - and admission to the Football League - would end. Subsequently, they were voted out and replaced by Workington.

Going back to the game in question, New Brighton arrived at rock bottom in terms of confidence. There were an influx of new teams in 1950 and with relegation only through a vote, the side could sense their 21 year stay in Division Three North may be coming to an end. The game was Scunthorpe's from start to finish,

The 6-0 feat was equalled prior to the new record taking it's place when Barnsley were overhauled in 1954. By then, United were comfortable in the division and had more than found their feet.

A RECORD THAT LASTS...

That 6-0 record was eclipsed as the Iron came towards the end of their 1964-65 campaign, with Luton the visitors to the Old Show Ground.

Barrie Thomas would be the standout in the history books with a quintet of those goals, the first and so far only Iron player ever to notch five goals for the club in a league game, while Stuart Bramley, Barry Mahy and Andy Wilson added the three others to complete the rout.

Luton went into the fixture at the end of the 1964-65 season needing to win by a huge margin and hope that Oldham Athletic lost to avoid relegation.
Ten minutes was all it took for Scunthorpe to seemingly compound the visitors to another defeat and thus relegation, with Wilson scoring the opener. Barry Mahy and Stuart Bramley made it two and three-nill respectively before the interval.
The second half then saw Barrie Thomas take centre stage as he would net the remaining five goals of United's rout, netting in the 50th, 68th, 70th, 71st and 90th minutes to register the record victory.
He also sealed a personal record, netting five goals in a Division Three game - a record that since has only been equalled. 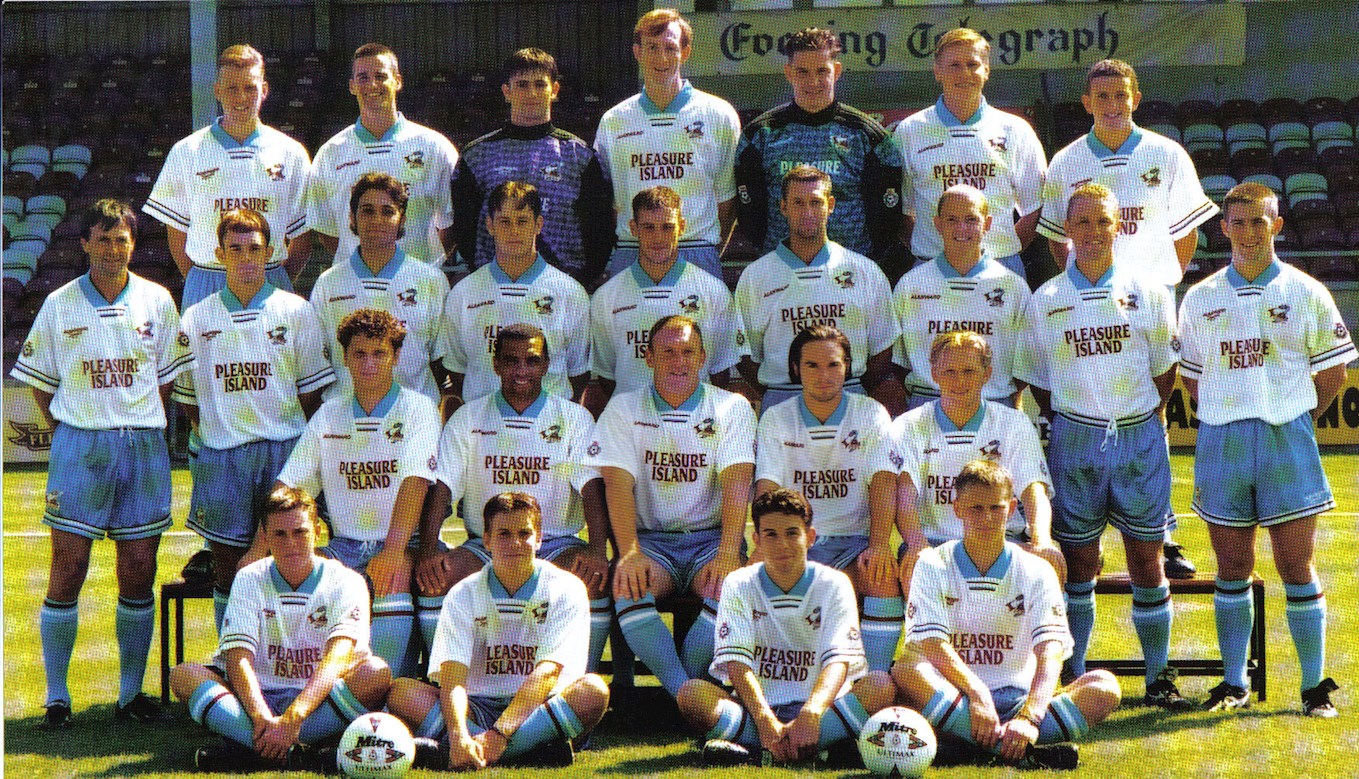 United romped to a magnificent 8-1 away win against Torquay in Division Three on 28 October 1995 - matching the long-standing club record for biggest ever win, which had been set by achieving victory with the same score-line against Luton Town 30 years earlier.

Iron striker Andy McFarlane, who would later go on to represent the Gulls, stole the show as he netted an incredible four times. He was able ably supported by John Eyre who netted a brace, while the two remaining goals were shared between Tony Ford and current Torquay manager Alan Knill - who would later have a difficult 18-month spell as Iron boss from March 2011 until October 2012.

The result lifted the Iron up to 14th place in the division, but had immediate repercussions for Gulls manager Don O’Riordan who was fired by then Chairman Mike Bateson. The return leg in April 1996 would prove to be a much tighter affair, with a single goal enough to give the Iron all three points.

The Iron ended the season in 12th place, while Torquay would go on to finish nine points adrift at the bottom of the table and were only spared relegation courtesy of Conference winners Stevenage falling short in terms of the necessary league requirements.

The two 8-1 scorelines were 30 years apart, so we must be due another one in 2025! But how close have the Iron come over the years to breaking that record too?

First and foremost, United have never hit eight on any other occasion but for the two games above, but the 7-0 win over Northampton Town a year prior to the Torquay United game did replicate the margin of victory.

There are times, in recent years, when a new record could've been in our grasp. Take the back-to-back home games against Swindon Town in 2015-16 and 2016-17, for example, respectively.

The first, Graham Alexander's maiden home game in charge of the side, saw United 4-0 up after 53 minutes and 6-0 up with 18 minutes to go. The side were tearing the Robins apart and could've got two more goals had they pushed for them.

Just months later, Swindon returned to North Lincolnshire with their tails still between their legs and it showed. 4-0 was the scoreline at half-time, meaning the Iron had reached double figures against their Wiltshire opponents in 135 minutes of football. You wouldn't have believed it if you thought United would stop there, it was another game that could've easily been 8-0, but the Robins got one back early in the second half and the game finished 4-1.

Let's not be greedy though - I think eveyone associated with Scunthorpe United left these games happy!