Following four points from the last two games, defender Rory McArdle is hoping the Iron continue to kick on for the remainder of the season. 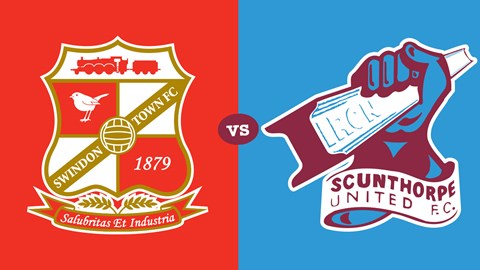 Pay on the day at Swindon Town

The tests don’t come much tougher than a trip to the league leaders on Tuesday evening. Scunthorpe, though, have taken four points from the last six available, coinciding with the 32-year-old’s return to the team.

The latest point came at Port Vale at the weekend, with George Miller netting his first United goal to earn a draw in the last minute of normal time.

“Looking back on it, we’d have been disappointed had we not got anything from it,” McArdle said, talking to iFollow Iron.

“To come away with a draw after going behind twice is always a positive, showing character.

“It’s great for George. A goal can give strikers a massive lift, regardless of how it goes it. He’s been consistently trying to get into the areas and credit to him, he’s got a tiny touch on it. Hopefully he can use it as a spring to go on a little goalscoring run. Persistence pays off.”

McArdle was first sidelined through illness at the turn of the year before suffering injury on his return to training, keeping him from playing for six weeks. He’s played the last two games though, and is looking to continue that run starting on Tuesday at Swindon.

Reacting to his absence, he said: “It was frustrating. What was initially a bit of an illness then moved onto a hamstring problem.”

“I’ve never had it before, so I struggled to gauge when and how I felt in order to get back in. It’s all done with now and I feel fine, so hopefully that’s that. I just want to concentrate on staying fit and making sure I’m doing everything I can to stop it from happening again. Now I’m back in the team, I want to build on that and a couple of positive results.

“It’s all about momentum and we’ve had a couple of tough games as well. To take four points going into another tough game against Swindon gives us the confidence going into it. We’ve got a spring in our step going into the game.

“I’m sure everyone expected Liverpool to turn up at Watford and turn them over without any problems. They won’t want to take their foot off the gas and I’m sure that’ll be the message coming from their side.

“We’ll have a game plan going down there - they’re top of the league, so it won’t be easy, but it’s one we are looking forward to and hopefully we can get a result.

“We know coming up against a top team that, if we’re not on it from the first minute right to the end, we will soon find ourselves in a tough game and on the wrong end of a bad result.”