As featured in our matchday magazine THE IRON, we caught up with former United skipper Chris Hope.

In the interview we discussed his time at the club and his career as a whole.

MY TRANSFER
I was initially contacted by Richard Money, who was manager of Scunthorpe at the time, in 1993 and invited over to discuss signing for the club following the end of my contract with Nottingham Forest. My chances at Forest were very limited because I was behind in the pecking order to players like Des Walker, Steve Chettle and Stuart Pearce so I came for a chat with Scunthorpe, I liked what I saw and Richard virtually guaranteed me a place in the first team squad which was exactly what I wanted. I had a good gut feeling about the place when I first arrived and that's when I knew that I wanted to sign for Scunthorpe United. I never really managed to break through at Forest so I was glad when Scunthorpe came in because all I wanted to do was play football in front of passionate crowds and fortunately for me I went on to have a very good career with United and I had seven wonderful years there.

MY DEBUT
My debut was against Wigan at their old ground, Springfield Park. I remember the changing rooms were so tiny that half of the team had to get changed first then the rest after they'd finished. I was named on the bench but came on at half-time and it felt great being able to contribute to the game. It was a scorching hot day and we won 2-0 so obviously I was really pleased to get off to a winning start and I ended up playing most of that season. It was a fantastic feeling to make my league debut, especially against such a good side because that Wigan team at the time was very experienced with a team that included the "Three Amigos" and had been around for a long time whereas we were a team in the development stage. Richard had made nine or ten new signings but we all got seemed to gel really quickly. Playing away from home on the first day of the season is always tough but we played well, kept a clean sheet, nicked a couple of goals and on the whole I thought I did okay so it was a pleasing day all round.

MY FAVOURITE EVER GAME
It has to be the 1999 Play-Off final against Leyton Orient purely because of the way we played and what it meant for the club. I joined the season after Scunthorpe had last been to Wembley. So at that time the Scunthorpe fans hadn't had much to cheer about as far as promotions were concerned. I was fortunate enough to captain the side and be awarded Man of the Match so it was the perfect day not solely for the club, but for me personally. It was a great turnout by the supporters, we played very well on the day, kept a clean sheet and Alex Calvo Garcia managed to grab a goal for us - it's the stuff dreams are made of. To go up the steps at Wembley and collect the trophy knowing that we would be playing a division higher the next season was a very proud moment for me. It was a very competitive league, with some very good teams such as Peterborough, Cardiff and obviously Swansea who we beat in the semi-final so it is definitely one of the proudest moments of my footballing career. It was my first time at Wembley but we had players like John Gayle who had obviously experienced those big game occasions before and I think that it's always vital that you've got a few experienced heads who've been there and done it to calm you down a bit. I always thought that that was the springboard for things to come and the the club has experienced much more success since then, under both Brian Laws and then Nigel Adkins. I left a very good side with some great players so it wasn't a surprise for me really that Scunthorpe went on to bigger and better things.

MY BEST FRIEND AT UNITED
Graham Alexander is a very very good friend but I'm also very close to Russ Wilcox, who I played alongside and roomed with, and we've kept in touch ever since. I really enjoyed my time at Gillingham and I'm constantly in contact with a few of the lads from there as well. I've got some really good friends in football so I wouldn't really want to single just one person out. I've been very fortunate throughout my football career to meet some really good people and I like to keep in touch with a lot of the lads that I've played with. Sometimes it's very difficult to do that but me and Alex Calvo Garcia still speak quite regularly on the phone. It's a lot easier now with things like Twitter and Facebook to keep in touch with the boys but I wouldn't like to single just one person out. 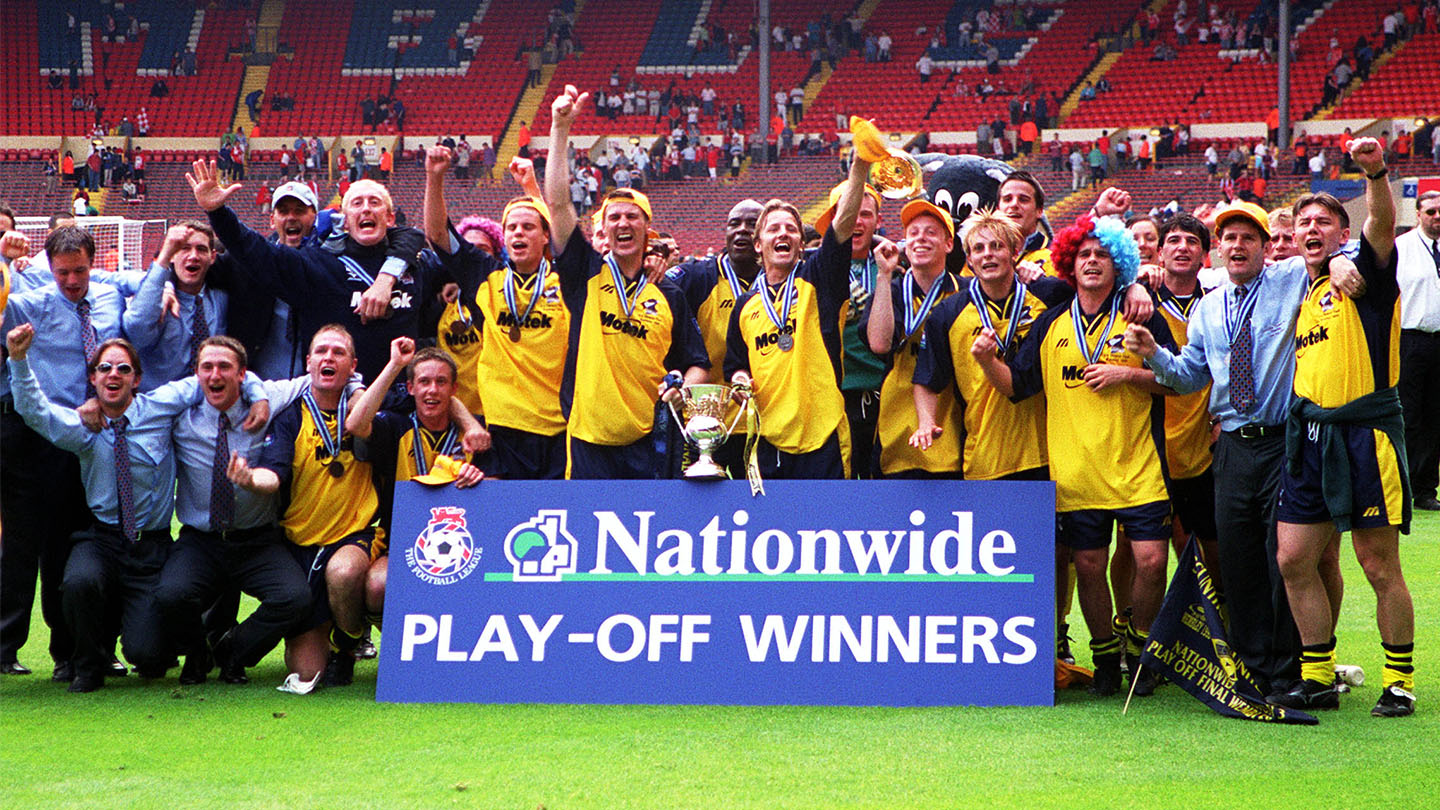 MY BEST UNITED MEMORY
It has to be the '99 Play-Off final but I have enjoyed every part of my football career really, in particularly my times with Scunthorpe and Gillingham. They are both very well supported locally and both have a very strong family feel to the club. The players had good relationships with the fans. I always look back to those days with fond memories.

I LEFT UNITED WHEN...
I had seven years with the club and loved every minute of it but we got relegated the season before I left and that was probably down to losing Jamie Forester and John Eyre, who got nearly 50 goals between them and we just couldn't really replace that. When you've got decent strikers up front who can knock the ball into the back of the net then you're going to have a chance of success, but we lacked that when those two left. If memory serves me I think Lee Hodges got double figures from midfield but we just didn't seem able to score enough goals as a team to keep ourselves up that season. I'd heard some rumours that a few clubs had been interested in me but I didn't really think much of it. I got a phonecall the day before going back for pre-season with Scunthorpe and was told that Gillingham had put a £250,000 bid in for me and I was asked if I wanted to go. At the time, I was in my late 20's and I always said throughout my career that I wanted to play in the highest league possible. They'd just been promoted into what is now the Champonship so I made the decision to go purely for footballing reasons. I had the opportunity to play against some very good teams and play in big stadiums against better players so that was the driving force behind it but I had seven fantastic seasons at Scunthorpe and I loved every minute of it. I had relative success with Gillingham ran very similarly to how Scunthorpe was. I was very fortunate to play for two very good clubs that always wanted the best for me and I thoroughly enjoyed playing for both teams.

WHAT UNITED MEANS TO ME
When you've been at a club for such a long time, you do have a definite tie to the club. The first results I look for on a Saturday afternoon are Scunthorpe and Gillingham and that will stay with me forever. I enjoyed some of my fondest memories in football at Scunthorpe and Gillingham and the bulk of my playing career was split between the two clubs so there will always be a special place in my heart for them and I always try to get back as much as possible. I like nothing more than seeing my old clubs progress up the leagues. My kids weren't old enough to remember when I was at the club but even my wife has an emotional tie to the club because she used to come and watch the games and was always really impressed with the family feel to the place. I'll always be a supporter and I've got various bits of memorabilia from my time at Scunthorpe so the memories always come flooding back.