Lifelong fan Sam Cooke has been supporting the Iron for as long as he can remember, having held a season ticket since the 2005-06 season. 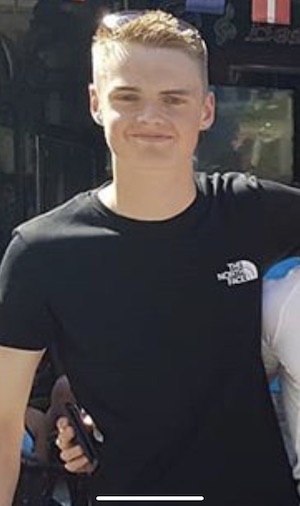 Talking to our matchday programme last season, he explained how despite growing up in Lincoln, he became an Iron fan all thanks to his grandad Ray, who he still goes to matches with to this day.

Why are you an Iron fan?
SC: Although I was born, raised, and currently live in Lincoln when I’m not at University, my mum’s side of my family are all from and support Scunthorpe so it’s because of them that I’m an Iron fan.

What was your first Iron match?
SC: It was a 0-0 draw against Macclesfield back in 2005 towards the end of the season, it was the only game I went to that year, aged five. It was the season that we were promoted from League Two.

What’s your favourite ever Iron game?
SC: It has to be either the 3-2 play-off final win against Millwall at Wembley, or beating Newcastle 2-1 at home the following season. The memories attached to those wins, particularly as a young fan further cemented my love for Scunthorpe United.

What is your matchday routine before kick-off?
SC: I’ll always drive to my grandad’s and we’ll then go to McDonald’s for some food, before getting into the ground around 15 minutes before kick-off.

Which stand do you sit in?
SC: The Lincs Lifts Stand behind the opposition bench, which is where I’ve sat ever since I became a supporter.

Where’s the furthest you’ve travelled to watch the Iron play?
SC: Exeter in the pouring rain. We may have lost 2-0 and lost our 28-match unbeaten record but it was the day that saw us promoted back to League One, so it was more than worthwhile.

What is your favourite away ground and why?
SC: Probably Chesterfield’s Pro-Act Stadium, purely because I’ve seen us win there comfortably three times and there’s always a great atmosphere in the away end.

What is your favourite piece of Iron memorabilia?
SC: I’ve got a signed shirt from the 2016-2017 squad that I was given for my 18th birthday so it would have to be that.

Do you collect Iron programmes?
SC: I don’t collect them as such, but I always get a programme if possible. I must have hundreds upon hundreds of programmes from over the years I’ve been watching the Iron.

What’s been your favourite ever Iron kit?
SC: For some reason, it’s the 2010-11 away green and black hooped kit. It looked like something Celtic would wear and it’s probably one of those kits that you either love or hate, but for me I loved it.

Whose name and numbers have you had on the back of your shirt?
SC: I always used to go for the striker’s names and numbers. I’ve had Sharp 24, Hooper 10, Madden 9, to name a few. 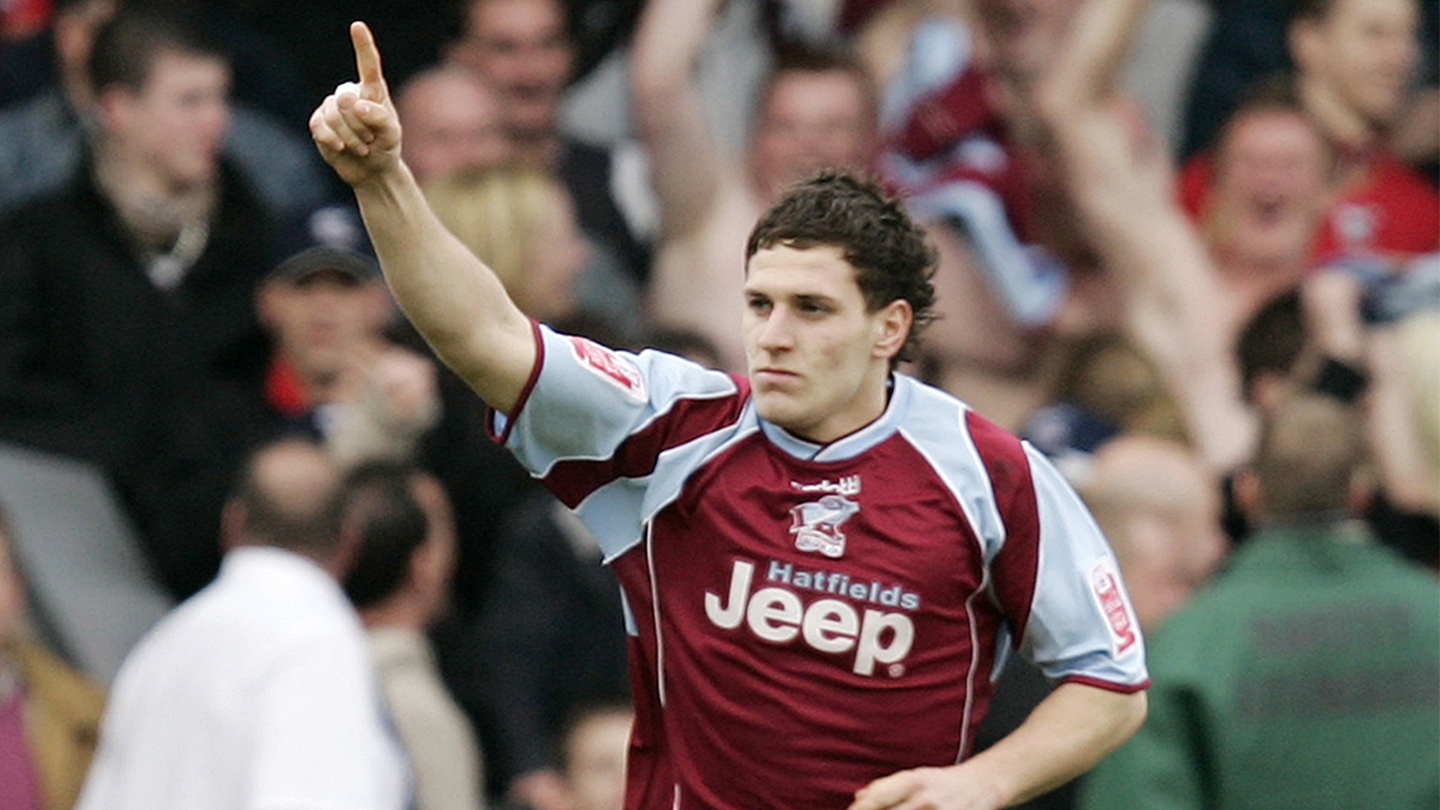 Have you ever met any Iron players?
SC: I was mascot against Colchester in 2011 so I met the squad that day. I’m also studying sports journalism at the University of Huddersfield, so I interviewed Matt Gilks for one of my assignments, he was a nice bloke.

If you could erase one moment from Iron history, what would it be?
SC: The last-minute winner we conceded against Bolton in 2016 when we were both going for promotion. I’ve never felt more gutted after losing a match and I think if we had drawn or won that game, we may have gone on to get promotion that year. 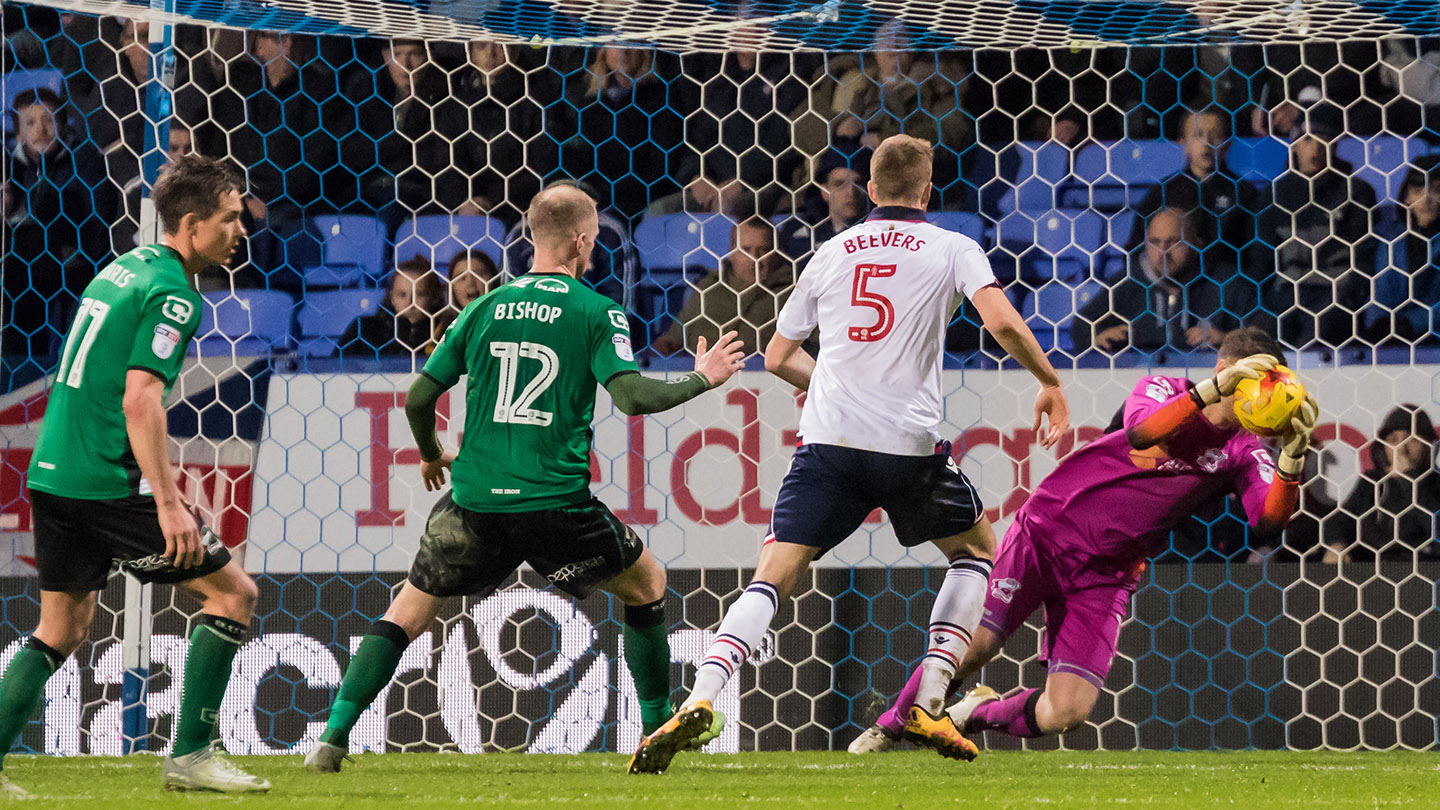 If you could relive any Iron game in history, what would it be?
SC: It’d have to be the 1-1 draw against Tranmere that saw us sneak into the play-offs, purely to relive that last-minute Cliff Byrne header all over again (pictured celebrating at the top of this page), if it wasn’t for that, we wouldn’t have been promoted that season.

If you could watch the Iron play any club side in the world, who would it be and why?
SC: Liverpool, they’re my dad’s side so I’ve also followed them ever since I was a kid. I’d love to watch the Iron go up against the European champions.