'Journeyman', by his own admission, could be one word to describe former Iron and Silkmen midfielder Neil MacKenzie. His playing career spanned over 19 years from 1996 until 2015, in the process playing for 16 different teams, which included two spells at Mansfield Town.

His longest stint at a club would be three seasons with Stoke City and that would come with a loan move away to go to Cambridge United, who would be his second permanent club at the turn of the century. From there, the now-44-year-old would spend no more than two years at any of his clubs, ending his career with 480 appearances and 38 goals.

Now in the property industry, we caught up with the first footballer to feature on Countdown to get the low-down on his life at the moment. Football was unlikely to feature in his life post-playing, but having been interested in and brought up in property-based surroundings, a new career involving houses was always in the offing.

“We set up a property maintenance company about four years ago,” he said.

“We deal with the estate and letting agents and we’ve got a group of contractors who we send work to. I’m office based, I deal with the sales and admin work. It’s a million miles away from football, but it’s going really well. We’ve grown quicker than we thought we would and we’ve just moved offices recently. We’re progressing really well.

“I was never really interested in going down the coaching route. I knew I wanted to do something outside of football and I’d always been quite interested in property. It seemed like a natural progression for me when I finished my playing career. I filtered down to the non-league levels and played for my hometown club Halesowen Town for a couple of years. It was only during that period when I concentrated on doing something else.

“I began doing things like Energy Performance Certificates and I was an EPC assessor for three or four years. It was during that period that I met my business partner, who came up with the idea of the maintenance company. From there, it has snowballed. It’s enjoyable and interesting - it’s certainly not a boring job.

“A lot of my family are involved in property as well, so I have been interested in property from an early age. I managed to get a couple of houses myself along the way with the various clubs I was at. I’d like to think this is my long-term career now and I’d also like to think that we could continue to build it and grow it and then hand it down to our own kids. I’ve got three children and my business partner has three children, so the hope is that in 10-15 years time that we could hand down a really successful business to them. That’s the aim.”

His time at Scunthorpe would be for just under two years, making the switch from Macclesfield Town in November 2005. Consolidation was the aim for the Iron in his first campaign, with progression the goal for 2006-07. No one would know quite how much progression would be made.

MacKenzie though, first touched on his departure from the club and wishes he remained for a campaign in the Championship.

“I’ll speak about my other regrets a bit later on, but Scunthorpe was a club where I regret not staying for longer,” he stated.

“Contrary to how it came out, I did actually get offered a new contract under Nigel Adkins when we went up to the Championship. It’s probably the single biggest regret of my whole career to take a two-year deal at Notts County, who were two leagues below, and sacrifice a year in the Championship. At the time, I think I was 31, so it would have been my last chance to have a shot at it at that level. In that season we got promoted, I was playing well. I shouldn’t have jumped ship when I did.

“The reasons I did, at the time, were because I was 31, and I got offered an extra year on my contract with Notts County and it was a lot closer to where I live. As a footballing decision, it was a really bad one.

“I loved every minute of my time at Scunthorpe to be honest. There was a little spell in the middle of it when I went to Hereford United to get some games in when Brian Laws was manager. That was purely because the team was flying at the time and I couldn’t get a game. Before and after that, it was fantastic. I love the club and the lads were phenomenal.

“2006-07 was amazing, we went on a brilliant run and we went into it being one of the favourites to go down. We had a good mix of young and older players. Nigel took the reins when Brian left for Sheffield Wednesday and he made us even better. Every one looked forward to coming into training and it was a really good atmosphere. Lads would run through brick walls for each other and it was a really unique dressing room. It helped with Billy Sharp and Andy Keogh scoring every week. We had hungry and keen young lads like that and then we had the older pros like Andy Crosby, Ian Baraclough and Richard Hinds who were just good honest professionals. It was a perfect balance.” 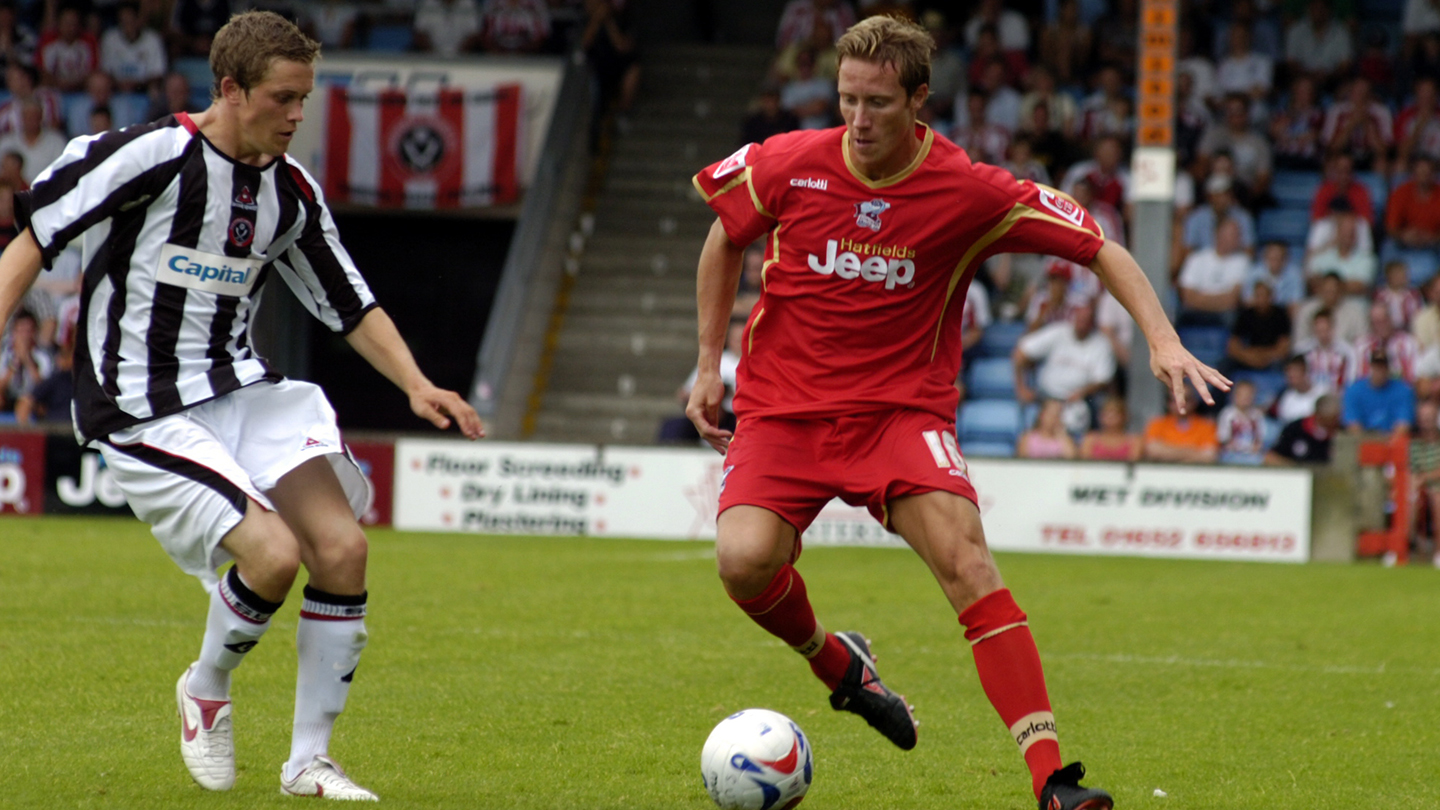 Neil MacKenzie chooses an XI comprising of players he played alongside in claret and blue. He said: "For me, I’m picking players from my time at the club who I feel would be good at six-a-side and not just 11-a-side! I’ve picked seven players, including myself, so that we can have a rolling substitute!"

Billy Sharp - I still message Sharpy now and again on Twitter. He’s got to be in the team for the goals, hasn’t he?!

Matt Sparrow - He was a good six-a-side player and a legend of the football club.

Cliff Byrne - Purely because he would kick anything that moves and he was a good and very underrated player.

Marcus Williams - He was a very good footballer and would compliment Cliffy and could get forward as well.

Kevan Hurst - He had amazing technique and was an all-round legend of a guy. I still keep in touch with Hursty when I can too.

Andy Keogh - Complimented Sharpy as a great double act on the 11-a-side pitch, so surely they’d do the business in six-a-side.

Myself - Not being biased, but I was better at six-a-side than I was at 11-a-side! 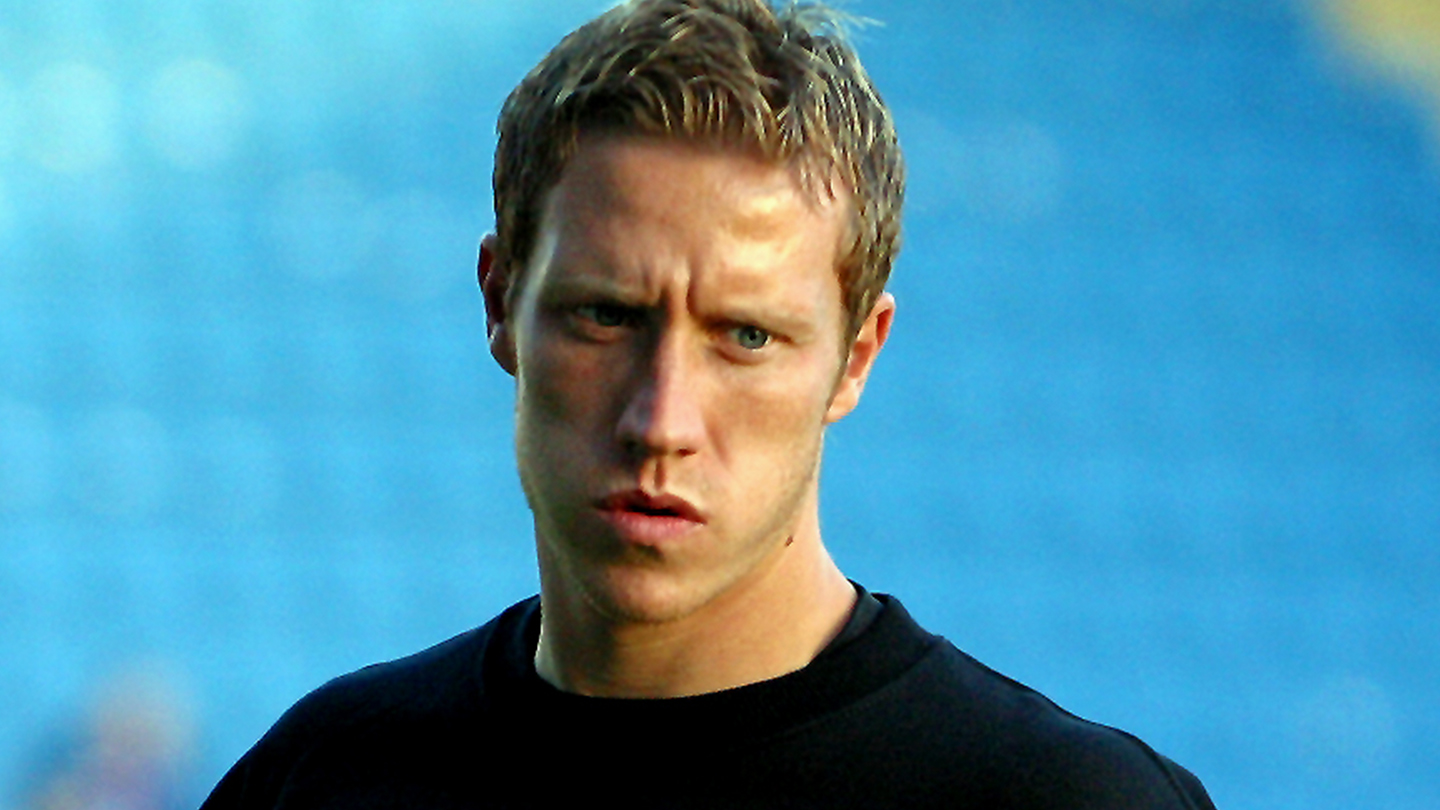 HIGHLIGHT
The thing that always sticks in my mind is my first senior goal for Stoke City when I was in the Championship. It was my second start for the club, live on Sky. My whole family were there watching. My Grandad was alive back then and he was over the moon seeing me score against Oxford United and we won the game 2-1. That’s probably my career individual highlight. On top of winning the league with Scunthorpe in 2006-07, I’d have to also say scoring a late winner for Mansfield Town away at Hull City in 2003 when we won 1-0.

LOWLIGHT
It would be the injuries really. When you go to a club and can’t play, show what you can do or do yourself justice, purely because of the injuries, is very frustrating. I never had any major injuries, but I’d get a lot of small, silly injuries that would keep me out a few weeks here and there. It knocks you out of your stride. If I look back at my career, I should have probably taken up yoga at an early age, so that my body would be able to withstand it.

REGRET
I mentioned the one about leaving Scunthorpe earlier, but one of my regrets is probably not preparing for life after football. You think it’s going to last forever. I do regret not being better prepared for when I retired. When you’re playing football, you think you’re going to last until you’re 50 and you don’t make the provisions. Young lads now are encouraged to have a plan or a trade under their belts. For me, it was lesson learned.

In my career, my one regret would be that I was a bit impatient to certain clubs and was too quick to move on. That’s one thing I would probably change, I would not have moved around so much. At the time, I always wanted to be playing, so I was never one of those people to happily sit on the sidelines and bide my time. I got impatient and if I wasn’t playing I wanted to move on. It’s a short-lived career and you don’t realise how quick it flies by until you come out of it.

There were times where I can look back and accept that I should have been a bit more patient and realised I needed to find my place a bit more.

COUNTDOWN
Basically, I watched it from an early age with my family. For some reason, I seemed to have a bit of a knack at it and people used to say that I should go on it. I just decided to take a plunge one day and the rest is history, as they say.