As featured in our matchday programme, we spoke to Iron legend Andy Crosby about his time in United colours, which saw three promotions won as a player and him become a key part of Nigel Adkins’ management team.

Following a 22nd-placed finish in 2003-04, manager Brian Laws brought in Crosby as his new captain and formulated an experienced spine with two other key additions that would propel the side to promotion to League One via a second-placed finish.

Crosby said: “The club had just had a difficult season prior to me arriving, and Brian Laws brought in a few experienced players in Paul Musselwhite, myself and Ian Baraclough.

“We also had Peter Beagrie and Steve Torpey in there with some good younger players and it was a really good mix. We got off to a decent start in the league and we were always challenging.

“Winning is a habit and breeds confidence, and the younger players were better for having the previous experience of certain situations, and we’d like to think we passed that on and they became better players for it as well.

“My whole time at Scunthorpe was great and I never thought when I signed that we’d get to the Championship twice. It was fantastic and the highlight of my career without a shadow of a doubt. I was captain of a promotion-winning team from League One to the Championship, playing at some massive stadiums and for me it was a great way to end playing the Play-Off final against Millwall at Wembley. I have some fantastic memories and look back at my time at the club with nothing but fondness." 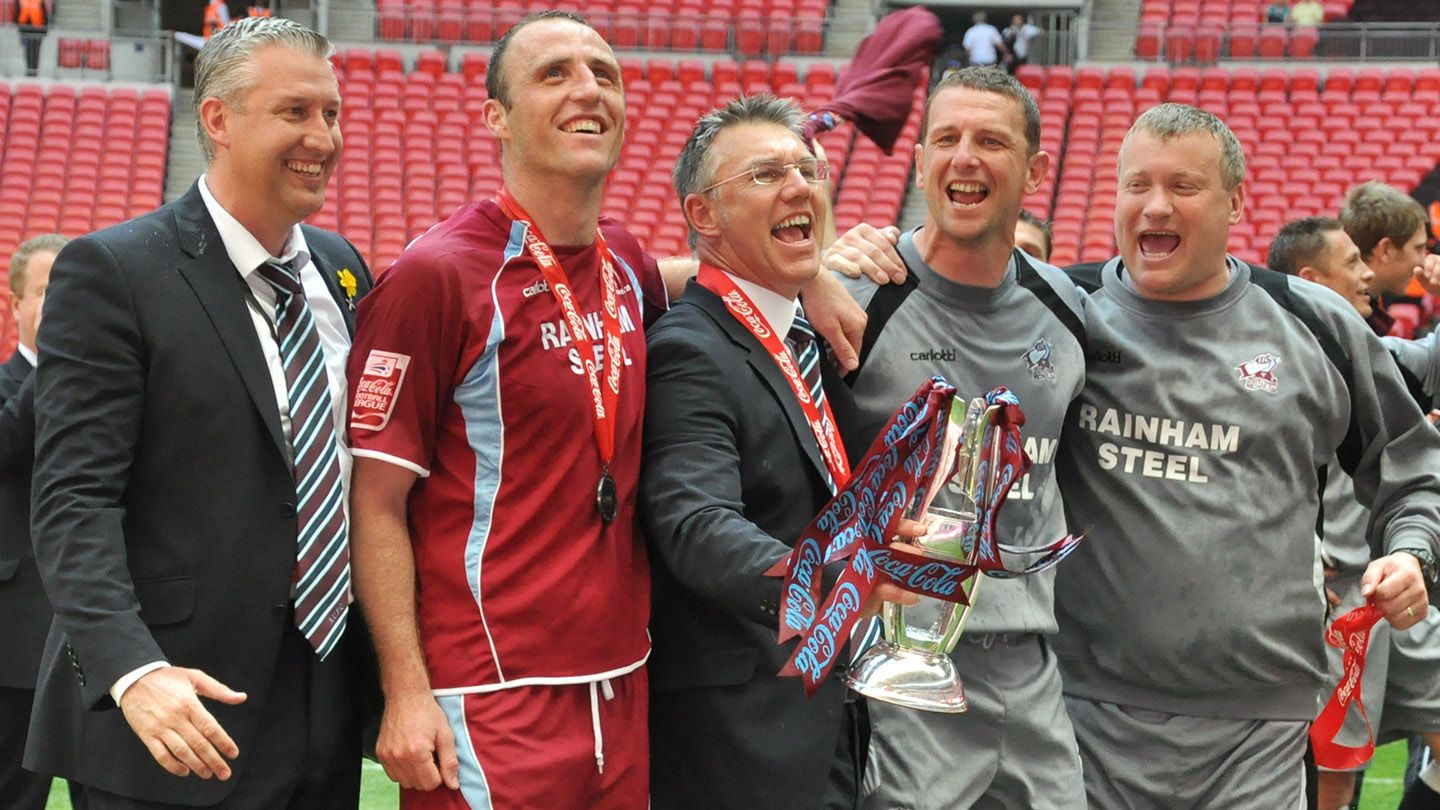 Into his fifth season with the Iron, the end of his playing days was fast approaching, but if you had an option of where and how to end your career, Crosby ticked all the boxes.

He was recalled to the United line-up for the Play-Offs and earned a final start at Wembley as the side won 3-2 against Millwall and were promoted to the Championship.

“Time was catching up with me quickly and I’d struggled for that season and the back end of the previous one with my knee,” he stated.

“I was also on the other side of the fence, assisting Nigel Adkins. The way it panned out was fantastic. Towards the end, Nigel had mentioned to me about possibly coming back and playing, and I was surprised to say the least. It was a funny situation because I’d done a few coaching courses with Roberto Di Matteo – the MK Dons manager at the time – and I can remember his face when they turned up for the play-off games. He looked at me and said: “What have you got kit on for?”

Of course, during his playing career, one of Crosby’s key strengths was penalty taking. With Beagrie out of the side on the awarding of our first spot-kick of the 2004-05 campaign, a new taker had to be found. Stepping up was the skipper and he never disappointed, despite having to put in the rebound against Southampton on his 600th career appearance.

He spoke about how his penalty taking habits came about and his role with the captain’s armband over his career.

“It was brilliant to be the captain and it was something I was fortunate to do for most of my career,” he explained.

“I was 31 when I arrived at Scunthorpe and I had to use my knowledge and experience in whatever capacity I could, and set standards on and off the pitch. It was something I enjoyed doing and I think it’s something that’s either in you or it’s not. I thoroughly enjoyed it and to be able to lift the trophy when we got promoted from League One in 2007 was a fantastic memory of my life.

“I took penalties for a short period at Chester and Oxford though. I was calm, fancied myself to score and that was part of the battle. I relished them and it’s just unfortunate that I missed one, albeit putting in the rebound.

“Looking back to that moment against Southampton, it’s the only time I’ve thought something when a penalty was given. It was my 600th game and I thought what a great way to mark it. Whether that played a part, who knows?” 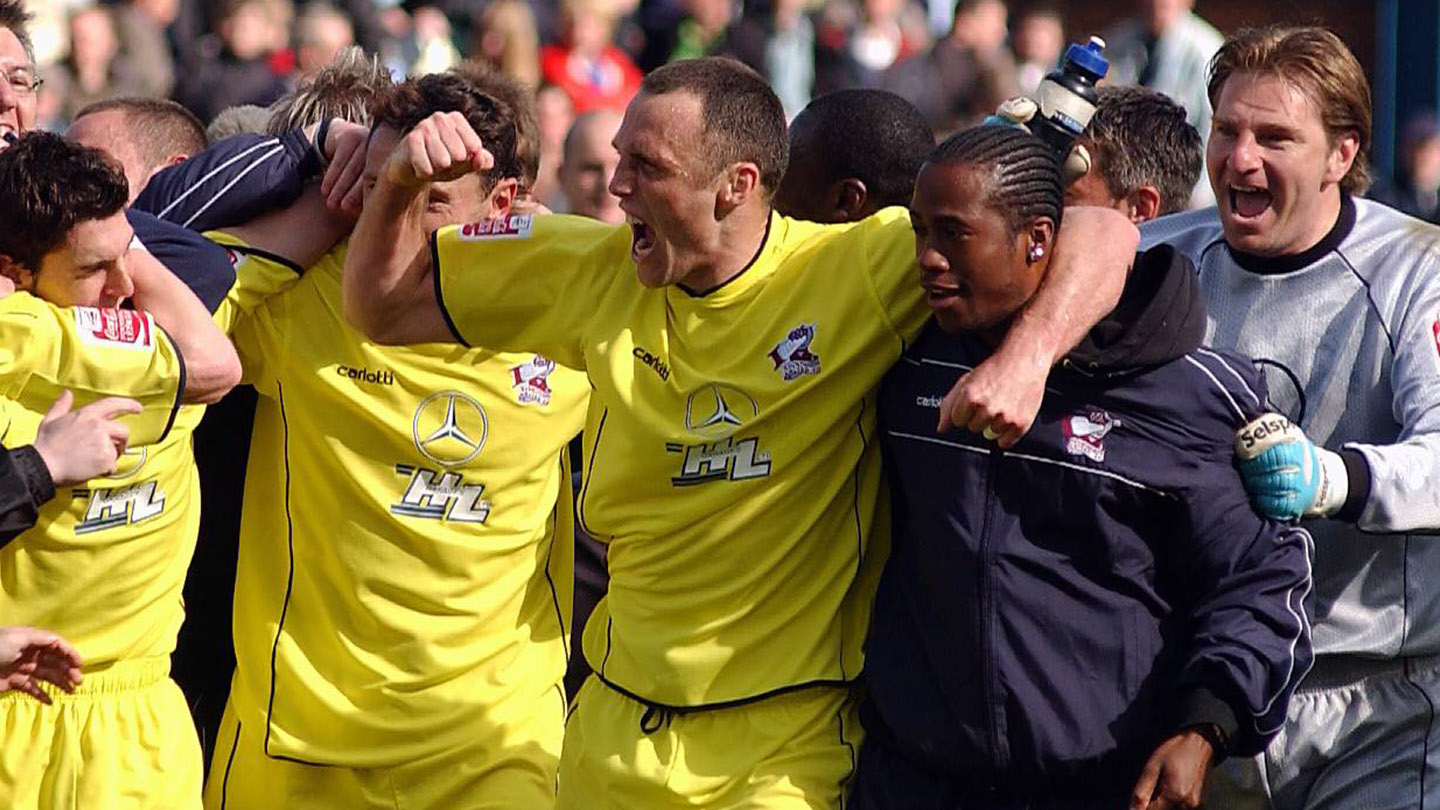 Already at that time part of the backroom staff at the Iron under the stewardship of Adkins, the duo would move on to Southampton, Reading, Sheffield United and Hull City.

He touched on his relationship with the former Iron physio, saying: “I’ve got a fantastic relationship with Nigel. He’s been fantastic for me, changed me as a person and polished off a few of the rough edges. I’ve got nothing but great words to say about him.”