As featured in our matchday programme, we spoke to the versatile former defender and midfielder Richard Hinds.

He enjoyed two promotions during his stay at the club, as the Iron rose from League Two to the Championship.

Following on from a youth career and then five years as a professional at Tranmere Rovers, Hinds made the move to Hull City in 2003. With the Tigers Championship-bound, he moved to Scunthorpe on loan just over a year later until the end of the 2005-06 season, and another club with aspirations to get into the next division.

"I was at Hull City and it was towards the end of promotion. I'd been out over Christmas and I needed to play some games," he said.

"Brian Laws and Russ Wilcox came to watch me in a reserve game and thought I'd be a good addition. At the time, Andy Butler was injured. I came in, played a few games and ended up staying and getting involved in the promotion push.

"The day (of League Two promotion) at Shrewsbury was fantastic and I could tell Scunthorpe had a great bunch of lads and the club was on the way up."

Seven appearances at the end of the campaign, including six starts, was enough for both parties to want to make the move permanent, with Hinds signing on the dotted line and remaining at the club for their two seasons in League One. The success that followed couldn't have been predicted by anyone though.

"Brian said at the end of the season he wanted me to stay and when someone wants you that much, it was an easy thing to do," he continued.

"The first year was fantastic, both for the club and for me personally. You could tell the team was almost there. We just needed a couple of additions. I remember Brian coming to me and asking me whether I'd played with a certain 'keeper. I replied I had, but I know a better one and that was Joe Murphy. He made a huge difference to us. It was a fabulous season. Nigel (Adkins), 'Crozzer' (Andy Crosby) and 'Bara' (Ian Baraclough) took over during the season and did a fantastic job.

"It was an unbelievable time. We had players like Billy Sharp, Andy Keogh and Jermaine Beckford, who have all gone on to have fantastic careers. There were scouts looking at most of the players throughout the team. 'Crozzer' is the best captain I've ever played under, he was unbelievable. The changing room atmosphere was also the best I've experienced. We were a close-knit group and we all worked hard for each other, which showed with the results we got. The one that sticks out for me was beating Nottingham Forest 4-0 live on Sky.

"It surprised everyone apart from ourselves, as we had that confidence. However, to achieve the promotion the way we did, I think we even surprised ourselves.

"When I came to Scunthorpe, I was competition to Cliff Byrne and the rest of the defence, but we never saw it like that. When I look back at it, my memories are great. I look back with great fondness. I love going to the games still (for BBC Radio Humberside) and seeing the players and staff. I try and watch as many games as possible and love doing the commentaries. I really have a strong affection for the club." 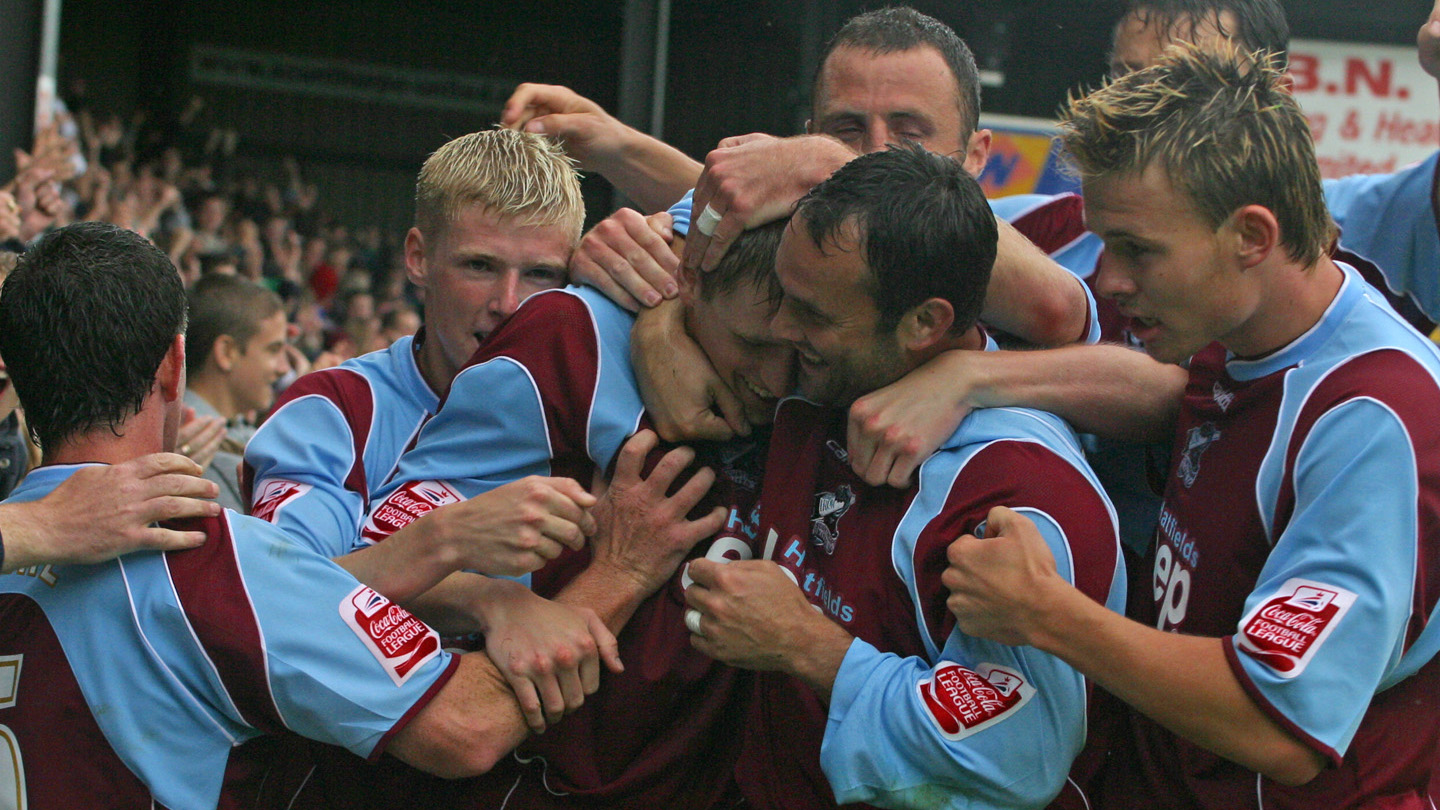 The sheer volume of success paved the way for several players to depart the club following promotion to the second tier of English football. Hinds was one of those, but only an opportunity to play for his boyhood team was good enough to leave Scunthorpe for, despite a wealth of offers on the table.

He said: "It was a pity that players left. I was disappointed to leave. I loved the club, but when your boyhood team comes knocking on the door, it is something you have to do, although it was a really tough decision. Billy Sharp could have left in January but he wanted to stay on and fight for the team, and that is testament to him and everyone there.

"It was tough and I did have options at the time but it was my boyhood club, which I'd supported all my life and I had to give it a go. I'd lost my grandad a couple of years before. He was my biggest fan and a massive Owls supporter, so I had him on my mind. It was little things like making him proud by playing for them."