Scunthorpe United will be looking to progress to the quarter-finals of the Leasing.com Trophy when they host Manchester City's Under-21s at the Sands Venue Stadium on Wednesday night. 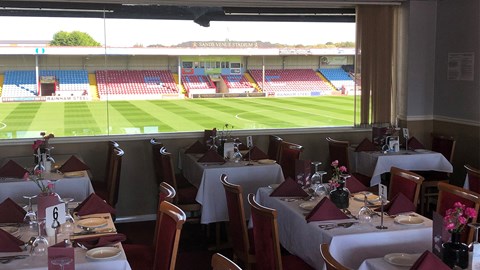 United come into the game after progressing through Group A, in which they won 2-1 at Grimsby Town through a Kevin van Veen brace, drew 1-1 against Leicester City U21s with Ryan Colclough scoring before losing on penalties, and then defeating Sunderland 3-0 through a Lee Novak brace and Abo Eisa goal. United eventually finished second in the group behind the Foxes, setting up a Round Two tie against Blackpool at Bloomfield Road. Abo Eisa got two and Kevin van Veen the other in the 3-1 win.

Academy side City emerged top of Northern Group F with six points out of nine, following a 2-0 win over Rochdale, a 2-1 victory against Bradford City and a 3-1 defeat at Bolton Wanderers. The side then squeezed past Shrewsbury Town in Round Two, winning 6-5 on penalties following a 1-1 draw.

Manager Paul Hurst will be without goalkeeper Jake Eastwood, who was recalled by parent club Sheffield United ahead of the fixture.

Jamie Proctor is cup-tied in this competition for the Iron having already played for parent club Rotherham United back in August, while the other fresh absence will be Rory McArdle, with the defender confirmed as missing through illness.

Elsewhere, Yann Songo'o (knee) continues a spell of six weeks out with an injury sustained away at Grimsby Town in December.

Jordan Clarke and Kevin van Veen, who were back in the squad at the weekend following injury and illness respectively, are likely to be involved in the matchday squad once more with both in contention to start.

Regan Slater (ankle) also continues to be out following an operation, with his spell on the sidelines set at around two months starting from January.

While the Iron are yet to meet the invited side in this competition, as yet, United have met Manchester City's senior team on six previous occasions.

All of those have resulted in City wins, but not without a scare or two for the Premier League outfit over the years.

The Iron were 1-0 up at half-time in 2006 when Andy Keogh netted, only for a hat-trick from Robbie Fowler sending the side through. Equalisers from Jonathan Forte and Paul Hayes in the two cup matches in 2009-10 had given them scares too, but City ran out 5-1 and 4-2 victors in the end.

ELSEWHERE IN THE LAST-16 OF THE LEASING.COM TROPHY