Attacker John McAtee has spoken of his pride after netting the first league goal of his professional career in the 2-2 away draw at Bradford City on Saturday. 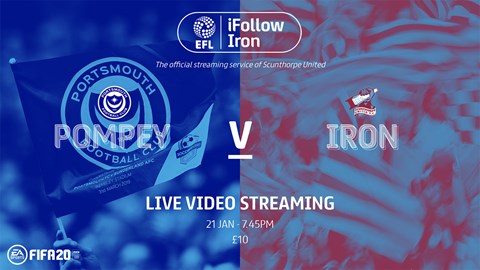 The 20-year-old scored the equaliser with a solo run and fine finish as United secured a well-deserved point against the Bantams.

The ex-Shrewsbury man is now looking to build on that now, with Scunthorpe set to visit Portsmouth in the Leasing.com Trophy quarter-finals on Tuesday night.

He told iFollow Iron: “I was buzzing. It was my first league goal and I was so happy to get off the mark and help the team because a point was the least we deserved on the day. We dominated most of the game.”

Talking through his goal, McAtee said: “I took a bit of a heavy touch and thought about passing it to George (Miller), who was on for the slide, but because they kept backing off I saw my opportunity and took it.”

Speaking about his recent run of games in the first team, and the support he’s received from the fans, he continued: “I’m just getting more confident and all the lads have been class with me. They’ve really helped me. I’ve had Lundy (Matthew Lund) and Perchy (James Perch) behind me and they’ve helped me so much.

“It’s always nice to have the fans behind you but I just need to keep going really.”

With League One side Portsmouth next up in the Leasing.com Trophy, the frontman said: “We can take lots of confidence from the way we played on Saturday, and it’s the quarter-finals so we’re looking to progress and get through. I’ll be buzzing if we do.

“On our day, when we pass the ball like we did on Saturday I feel we have a good chance against most teams.”

Concluding with his personal aims for the next few months, he said: “I’m just looking to get more game time, get more goals, assists and help the team, and see where we end up.”