Winger Alex Gilliead is looking to build on the performance at Bradford City when his side visit Portsmouth in the Leasing.com Trophy quarter-finals on Tuesday night. 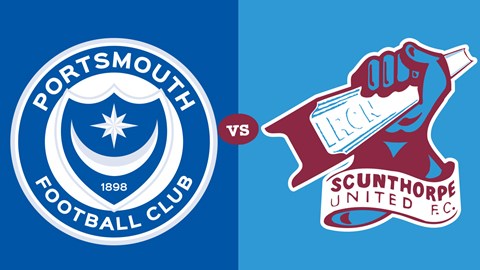 Pay on the night details for Portsmouth Leasing.com Trophy trip

The Iron are just two games away from a trip to the final at Wembley, but all that’s on Gilliead’s mind is Tuesday’s game as United look to pull off what would be regarded by outside onlookers as an upset and beat last season’s competition winners, who sit seventh in League One.

He told iFollow Iron: “It’s a big game down there at a big ground against a big club with lots of fans. We’re looking forward to getting down there and trying to put on another performance, and try and get ourselves into the next round. The focus is on Tuesday.”

Scunthorpe come into the match buoyed by one of their best performances of the season though, as they came back from 2-0 down to claim a point at high-flying Bradford City in League Two on Saturday.

Gilliead said: “It was up there with one of our best performances of the season. The pitch wasn’t the best but we played well, got the ball down, played passes and got crosses into the box. We had plenty of shots and it was a good all-round performance.

“In the first-half, I felt like we played well, but it was a crazy few minutes (when they scored twice). Obviously, Jordan (Clarke) went down injured and they scored, and then we were down to ten men and they quickly got another one. That was a big blow but we played well throughout the game and felt like we dominated the majority of it.

“We had the better chances, created a lot of them, kept the ball well and it was a good performance. We felt like we could have taken all three points really but being 2-0 down you are happy to get a point. We’ve just got to make sure we build from this and keep going.”

Gilliead scored the first of the comeback goals, capping off a mazy run with a tidy finish for his fifth goal of the season. It equals his goals return for the 2015-16 season when he was with Carlisle, and the winger is looking to build on his form.

He said: “When I first came in, I said it was something I needed to improve on – scoring goals and getting assists. I’m just going to carry on shooting when I get in those positions, making sure I get shots off, and also the ball into the box for the strikers and everyone else.

“I can’t rest on it now. I need to make sure I push on, help the team, and create things. That’s what wingers do and are judged on. I’m happy to get a goal but more importantly we got a point against a team that’s up there in the league, and we move on.”

With Jordan Clarke and Kgosi Ntlhe both coming off injured during the game, Gilliead had to fill in at right-back for the final 30+ minutes at the Utilita Energy Stadium on Saturday.

He continued: “I’ve played right wing back a few times and if I need to fill in, I fill in. It’s one of those things. As long as I’m on the grass, I’ll fill in and try to do a job for the team. I enjoyed it, and it was a good game to play in. We need to carry on this performance and make sure it’s not a flash in the pan.”