The Iron were beaten 3-1 by Crawley Town at the People's Pension Stadium on Saturday afternoon.

The hosts came out of the blocks the quicker of the two sides, as Bez Lubala’s scuffed shot was poked home at the back post, but the linesman’s flag went up on the far side for offside.

With four minutes on the clock, the Iron looked to respond to the early pressure with a free-kick out wide. Kevin van Veen curled the dead ball towards the back post, and Andy Butler rose highest to meet it, but the Iron captain couldn’t keep his header down and goal-wards.

Two minutes later though, Crawley did break the deadlock through Jordan Tunnicliffe. After a ball in from George Francomb, the former timed his leap well, and headed beyond Ian Lawlor into the top corner.

Following the goal, the high-tempo start continued, as Abo Eisa flashed an effort across Glenn Morris’ goal mouth and just past the far post, after he played a neat one-two with van Veen. Moments later, John McAtee had time on the edge of the box to place his effort, but the strike ended up being comfortable for the Red Devils ‘keeper.

In the 16th minute, Eisa was fouled on the edge of the box from an angle, giving van Veen an opportunity to add to his tally this season, but the Dutchman’s bending strike flew narrowly over the crossbar.

Three minutes later, and the Iron continued to apply the pressure. This time it was Gilliead winding up a shot from distance, and Morris did very well to get down low to the Iron man’s sweet strike, diving down to his right to keep it out.

Shortly after, van Veen came forward down the right, before putting a cross in the box which was blocked by the Crawley rear-guard. The rebound fell kindly for the Iron, and van Veen’s fierce left-footed strike tested Morris once again, but the shot-stopper continued to impress, palming the ball away.

Against the run of play in the 24th minute, the hosts doubled their lead with an unstoppable effort from Reece Grego-Cox, with the playmaker picking the ball up from distance following a clearance, and firing into the top right corner.

Four minutes later, Lawlor prevented a certain third goal for the hosts, saving from point blank range from Ollie Palmer’s six-yard effort, after a defence-splitting Crawley attack. Immediately after that, McAtee almost embarrassed Morris with an audacious lob from 50 yards, but the attempt bounced just wide of the right post.

The ten or so minutes that followed saw the game quiet down somewhat, in terms of goal-scoring opportunities for both sides, with the half-time whistle fast approaching.

However, on the stroke of half-time, Palmer made it three for the hosts, managing to control a cross with his back to goal, swivel, and fire past Lawlor into the bottom corner.

In the opening exchanges of the second half, the Iron started on the front foot, and felt they should’ve had at least one penalty. Butler and Harrison McGahey were both being pulled inside the box, on separate phases of play, but the referee waved away the claims.

With 52 minutes on the clock, the hosts hit the upright. Following Francomb’s free-kick out wide, his delivery found the head of Palmer looking to grab his second, but the number nine’s glancing effort just evaded the top corner, as it bounced off the woodwork to safety.

Four minutes later, the Iron finally got their breakthrough, after Sutton was bundled over by Tunnicliffe on the right side of the box. Kevin van Veen stepped up, and sent Morris the wrong way to reduce the deficit to 3-1.

In the 62nd minute, the Iron tried to mount a fight-back following the goal, with Eisa driving forward lining up one his trademark blockbuster strikes, but the forward’s low effort was saved by Morris, and gathered at the second attempt.

Moments later, Gilliead latched onto a cross-field ball to the right, before charging into the box and forcing Morris into another smart save, tipping the strike over the crossbar.

Approaching the 70-minute mark, the Iron carved open yet another chance, this time van Veen was out wide on the right wing, and the Dutchman curled an inch perfect cross onto the head of Butler, who – under pressure from the Crawley defence – headed just over the crossbar.

A couple of minutes later, the Iron saw a chance go begging. Bedeau pushed forward down the left wing, finding Eisa in the process. The wide-man then fizzed a ball across the face of goal, and with substitute George Miller arriving, the substitute was very unfortunate to not get on the end of it.

In the 82nd minute, fellow substitute Ryan Colclough threatened inside the box, before cutting a square ball back towards Miller for a tap-in, but the pass to the latter was just behind the player, and the hosts manage to hack the ball clear.

As the game entered injury time, Miller found van Veen with a neat through ball, but the Iron number ten fired his strike over the crossbar. That proved to be the Iron’s final chance of the game, and despite a dominant second-half performance, United left the pitch empty handed. 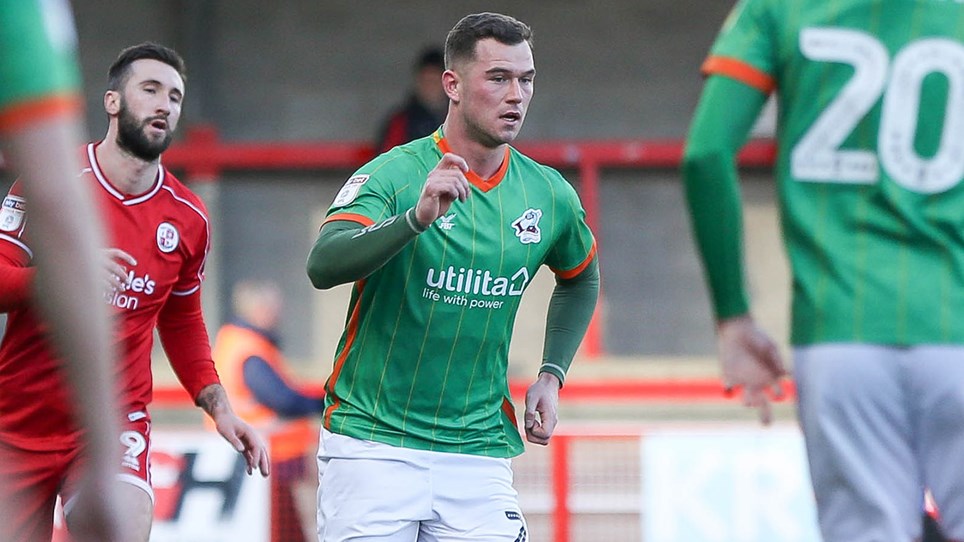 McGahey reflects on Crawley and looks ahead to Cheltenham


Following United’s 3-1 defeat to Crawley Town on Saturday, centre-back Harrison McGahey spoke to iFollow Iron about how the match panned out. 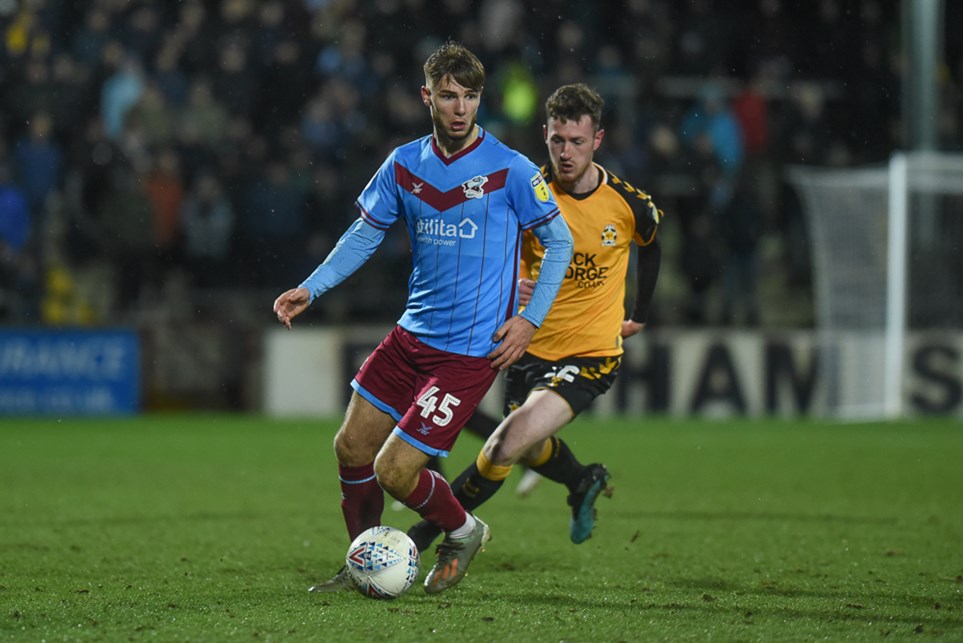 
Cambridge United struck either side of half-time as the Iron slipped to a 2-0 defeat against the U’s. Idris El Mizouni and Paul Mullin were the goalscorers for the visitors. 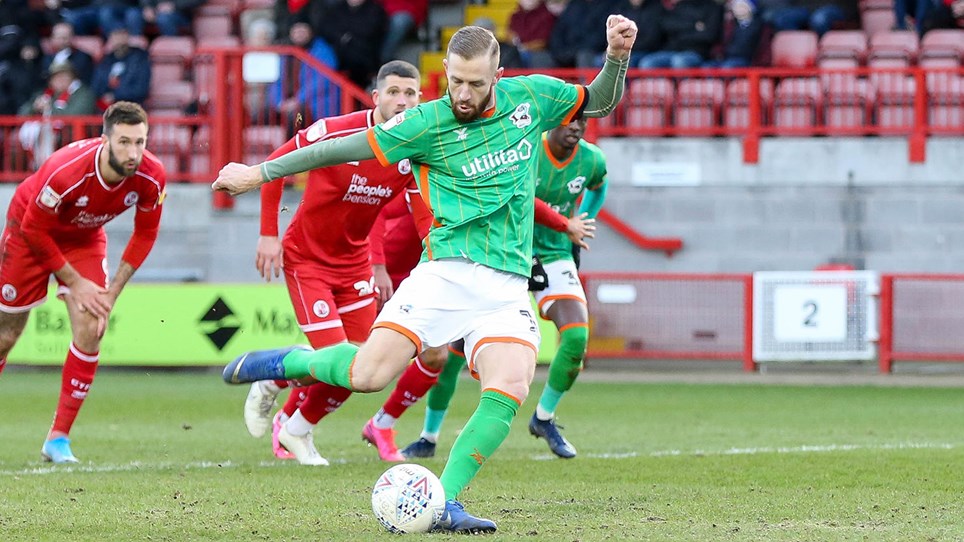 
Damon Campion presents photos from the Iron's away encounter at Crawley Town. 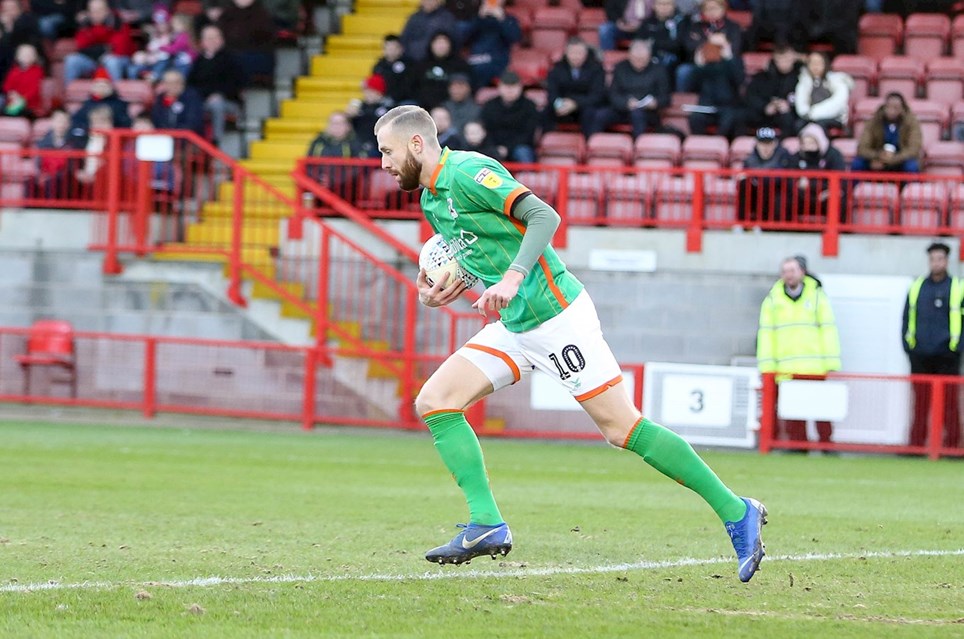 
Short highlights from the Iron's 3-1 away loss at Crawley Town. 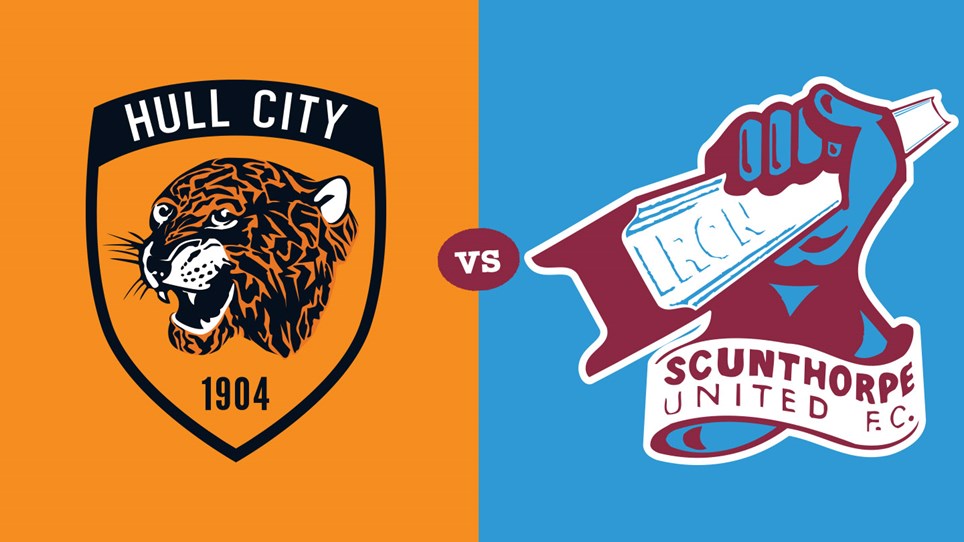 
The Iron played out a 0-0 stalemate with Hull City in their final game of the Premier League Cup group stages. 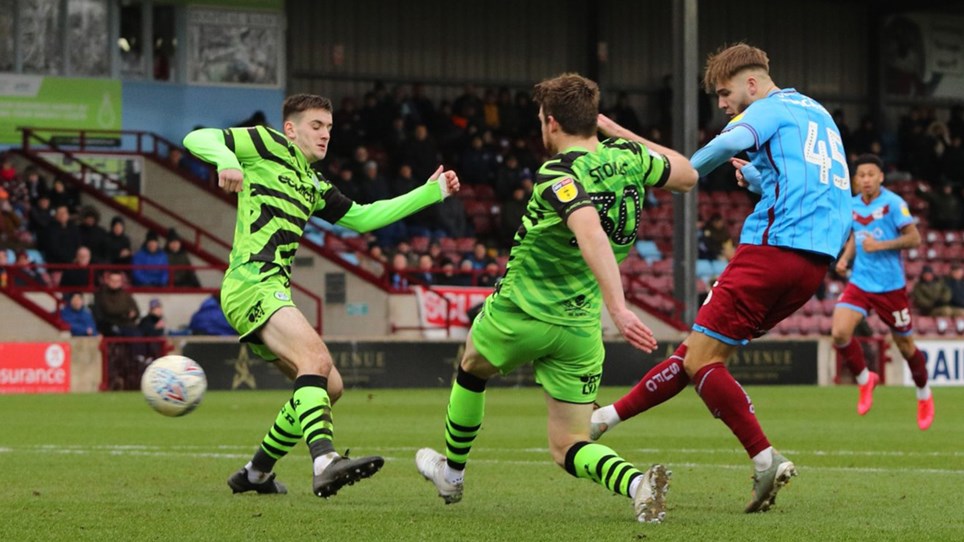 
John McAtee scored the winner just after half-time as United recorded a 1-0 home victory over Forest Green Rovers on Saturday. 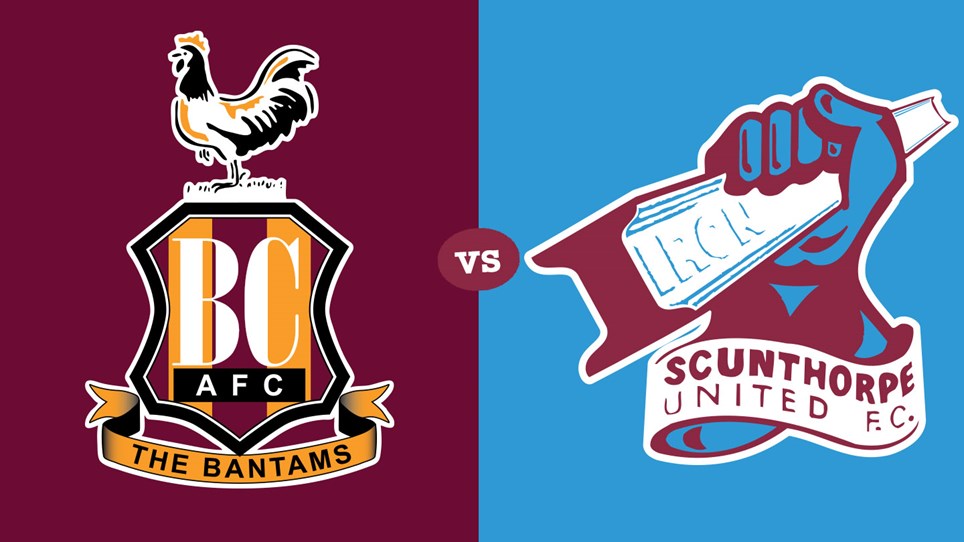 
The Iron’s Under-18s were beaten 2-1 against Bradford City on Saturday lunchtime in a game played at Baysgarth Sports Village in blustery conditions. 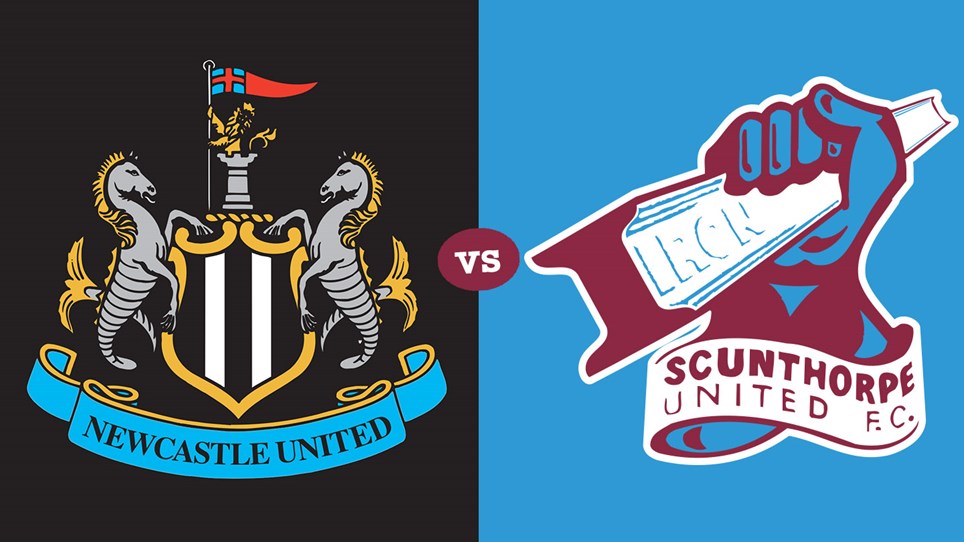 
George Hornshaw and Yasin Ben El-Mhanni were on target but a youthful Iron Under-23s side were defeated 6-2 at Newcastle United in the Premier League Cup group stages on Friday afternoon.