Myles Hippolyte returned to the side and scored in the win 2-1 against Walsall on Tuesday.

The 26-year-old put the Iron ahead in the first half as he scored his first goal for the club. United were then pegged back before Mark Howard saved a penalty before Alex Gilliead netted his first of the season to win the game.

Speaking about the game to iFollow Iron, he said: “I’m delighted. It’s my little brother's birthday, so that goal was for him. I’m happy for the team to win and I’m happy to get on the scoresheet and hopefully there’s more to come.

“I’m buzzing I scored a goal. I had a good chat with my little brother today and he said I was going to score.

“This game tonight was massive; we needed it. We had a meeting together saying we needed to start getting points on the board. The gaffer has set us a target and that is what we going to try and achieve. We’ve knocked off one now so hopefully, we can go on and do more.”

Hippolyte touched on the performance of goalkeeper Mark Howard who was pivotal in the Iron securing the points, making his second penalty save of the season: “For me, the man of the match goes to Mark. He was brilliant today.

"Without a doubt, I thought he was the best player on the pitch, especially for the penalty save. Once I saw the save he made, I was even more confident that we were going to go home with a win. It’s happened now and we’ve just got to rest up and look forward to the weekend.”

Five changes were made going into the game, including the return of Hippolyte after missing out on Boxing Day. Commenting on the rotation, he added: “The boys that stepped in have done the job and got a result so we’ve just got to pick it up from here.

“As I said it’s a team game and we’re all in it together so we're all pushing for each other to do well and to get the win and hopefully we can take this into every game.”

United next come up against Stevenage on Saturday at the Lamex Stadium, and Hippolyte is keen to continue the recent form. He also touched on a knock he picked up in the first half: “We’ll try to back this up at the weekend, the boys are going to put in a good performance I’m sure of that.

“We just need to rest up and make sure we’re all fit for the game and see how we go from there. I’m confident that we’re on the right path.

“We’ll review it on Thursday, it’s a sore one but I’ve managed to carry on for the whole game. Hopefully, I’ll be okay for the weekend.”

After two games in defence against Barrow and Grimsby Town, Hippolyte found himself in a much more advanced role for the latest encounter and feels it is one that he contribute to positively: “We played 4-3-3 which is the formation that I would choose every day as an attacking player.

"It’s something that I know when I’m in that position I can add a lot to the team. I’m getting forward and being in threatening positions to score. Everyone’s put in a good performance and we’ll wait to see.”

The Iron signed off the calendar year with victory at the Banks's Stadium following 12 months of unprecedented events. Concluding, he added: “2020 has been a strange year. It’s had the highs of me signing here and being in the league now, but it’s had a lot of ups and downs throughout the world with everything that’s been going on.

"Hopefully going into the New Year things can be brighter.”

See much more from Myles Hippolyte and Neil Cox on iFollow Iron. 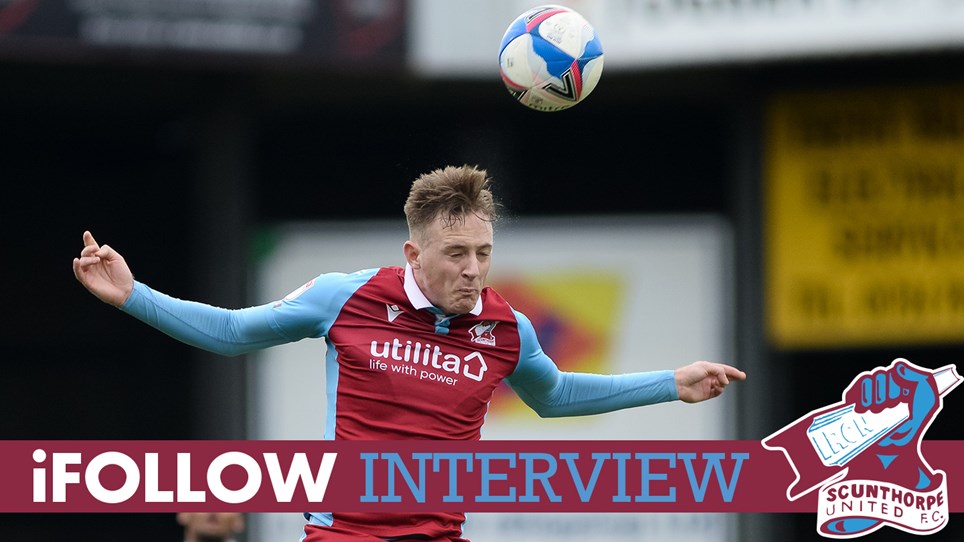 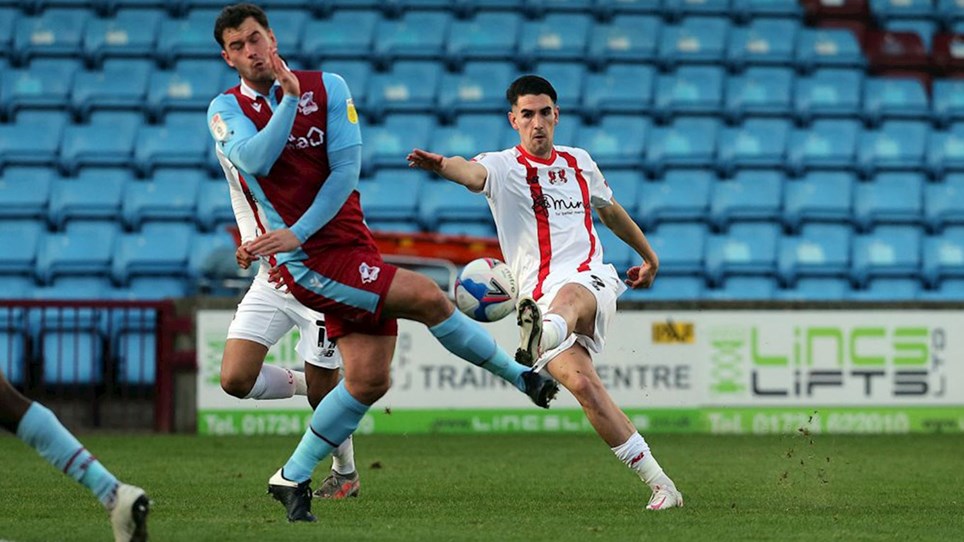 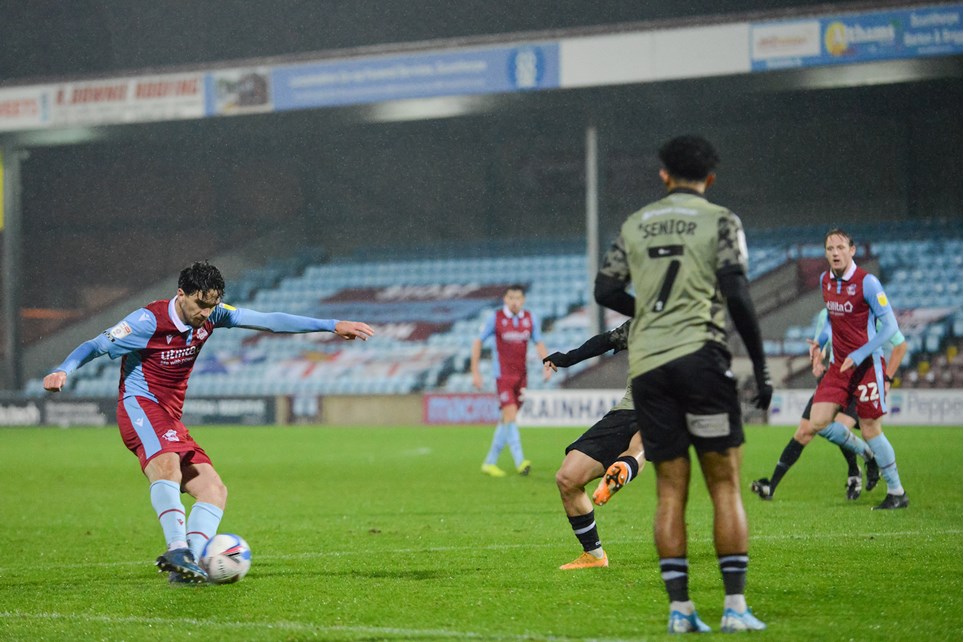 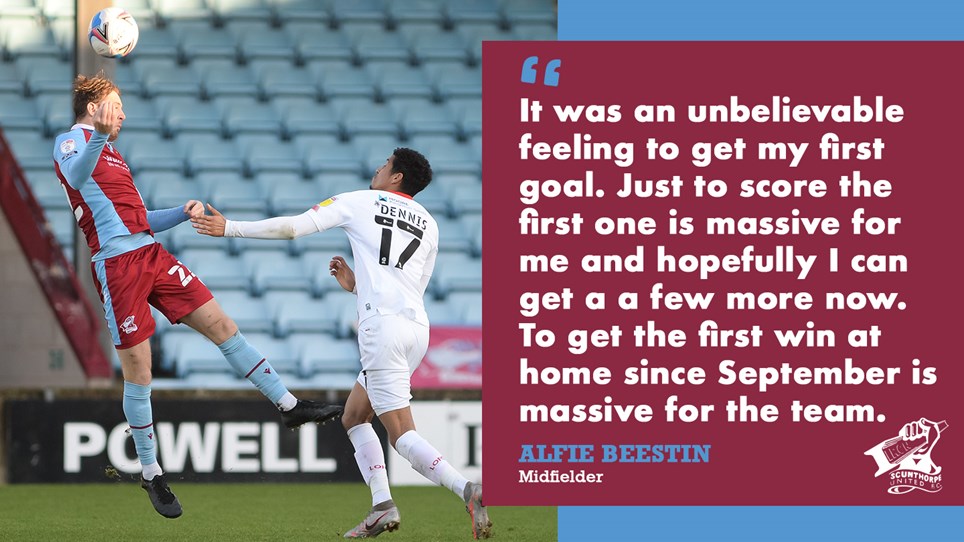 
Midfielder Alfie Beestin's first goal for the club contributed to a 2-0 home win over Leyton Orient at the weekend. 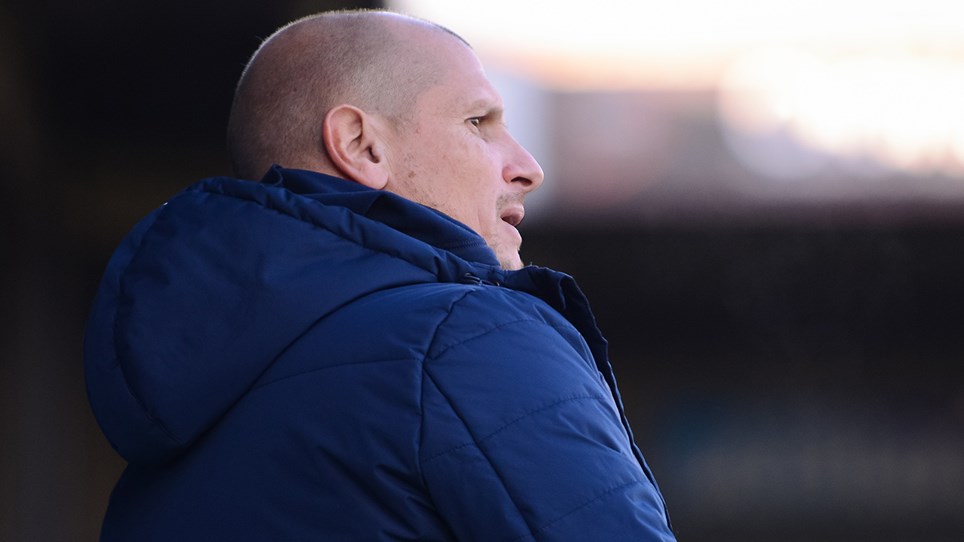 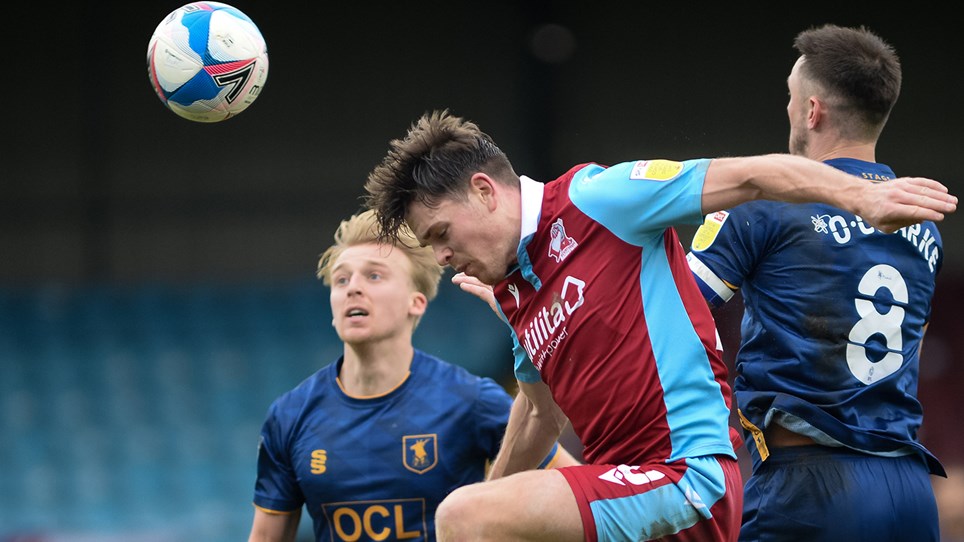 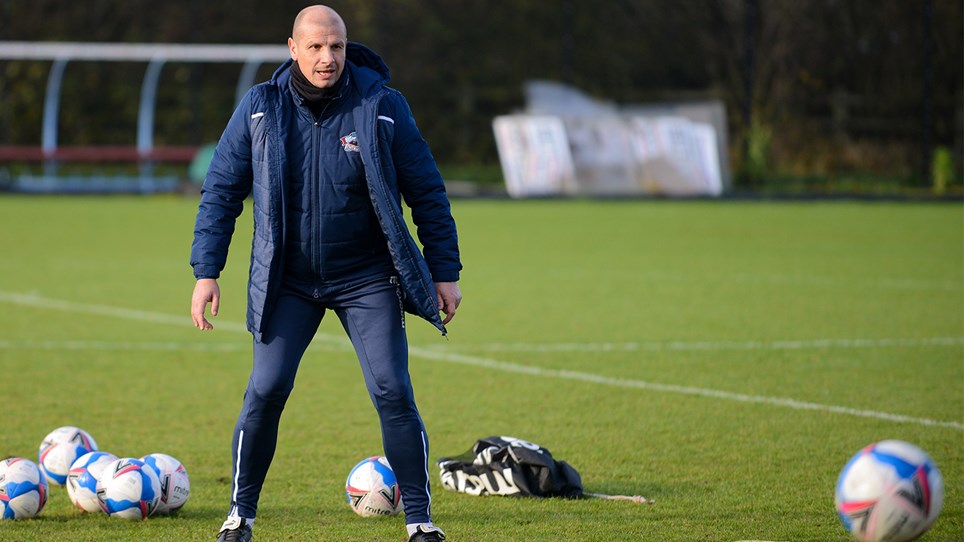 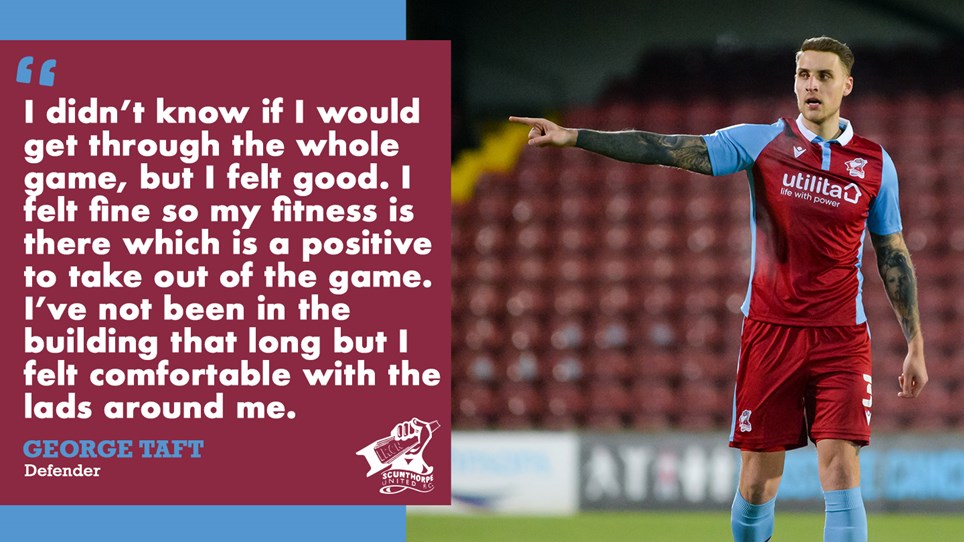 
After signing on loan from Bolton Wanderers last week, defender George Taft came straight into the side to make his debut on Tuesday night against Salford City.