Goalkeeper Mark Howard edged ever closer to a career milestone of 100 clean sheets at the weekend and is eager to get there sooner rather than later. 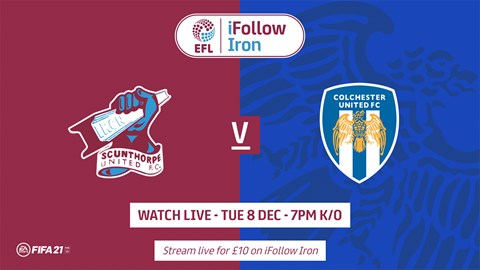 The shot stopper now has three in Iron colours with his latest success coming against Leyton Orient, which included an early penalty save to keep the scores goalless at the time.

"It was great to get that home win and hopefully we can use it to build something here," he said, talking to iFollow Iron.

"It (saving the penalty) hurt more than anything, but at that time in the game it was crucial for us not to concede. It meant quite a lot to the lads because it was a soft penalty to give away. I pride myself on clean sheets and it's something I always strive for, so I'm happy to play my part. I'm gradually ticking them away. I'm looking forward to trying to get to that milestone as it'll be quite an achievement.

"I thought the lads in front of me defended superbly on Saturday. and made my job a lot easier."

United enter the game on Tuesday full of confidence after taking maximum points from two teams above them in the division in the last week.

For Howard, the target is simple - to make that three: "Picking up points from the teams above you in the table is massive for us to try and edge away from the bottom.

"Hopefully we can kick on with our home record. We want to win every game and we're trying to set up to be a bit more frustrating and to be difficult to beat, with more clean sheets. It's something that we are actively trying to do and I think it's working. The lads are putting their bodies on the line and you can see that togetherness in there."

Colchester come into the game in positive form themselves, having picked up four points from back-to-back home games in the last week. The U's will be looking to address their away form of late, with the last game on their travels a 6-1 defeat at Exeter City.

"We're all positive and we're in a good run of form," he stated.

"We're playing well together and we want to keep that going. Colchester will be a tough test and this season has proved more than any other than anyone can beat anyone. With no fans, there isn't really a home advantage - it's up to each team to set their stall out.

"We've been doing that. I think if we can start games slight better and start second-halves slightly better, we can force our style of play on the game quicker.

Scunthorpe have taken 13 points from the last six league games in comparison to none in the previous six. Howard finished off by summing up the progress of the side.

"We are trying to build something and that just shows the form that we are in and the improvement that the squad is making."