The Group Stage draw for the EFL Trophy will take place on Tuesday 18 August at 1.30pm on talkSPORT 2.

The EFL Trophy will be split into northern and southern sections with invited clubs joining Sky Bet League One and Two Clubs in one of eight groups.

The invited clubs include the likes of Arsenal, Chelsea, Liverpool, Manchester City and Manchester United. 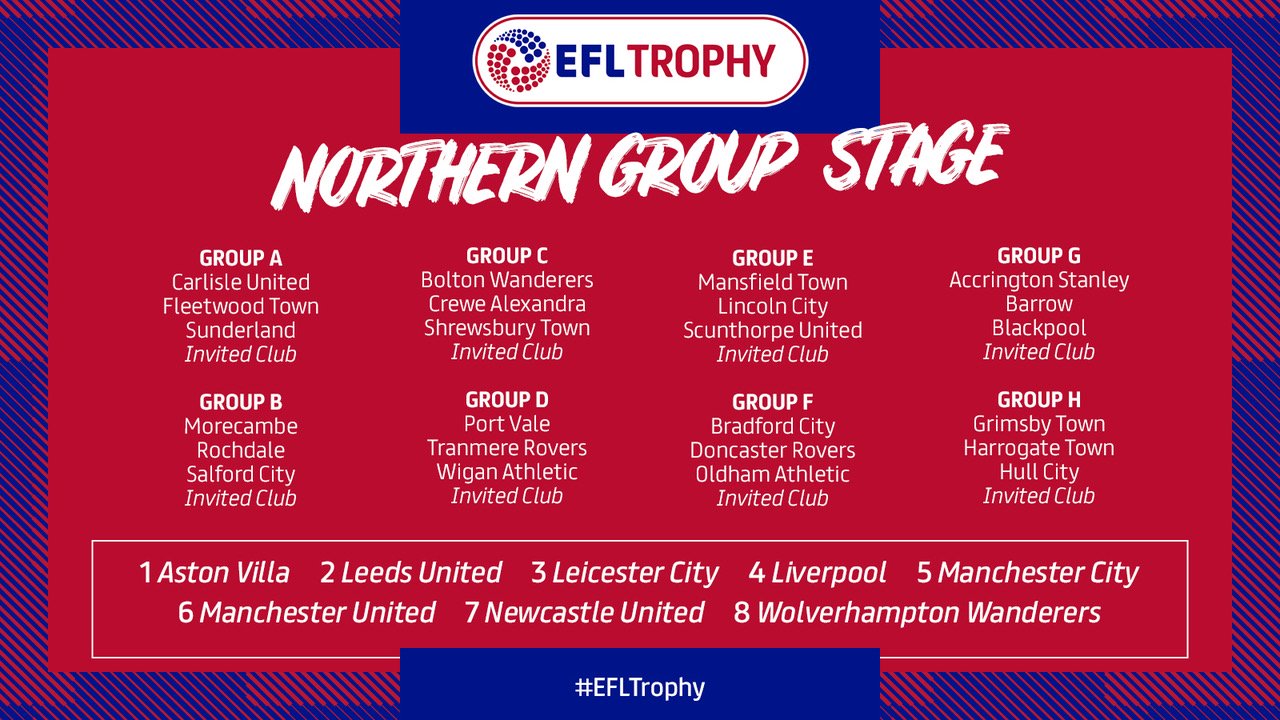 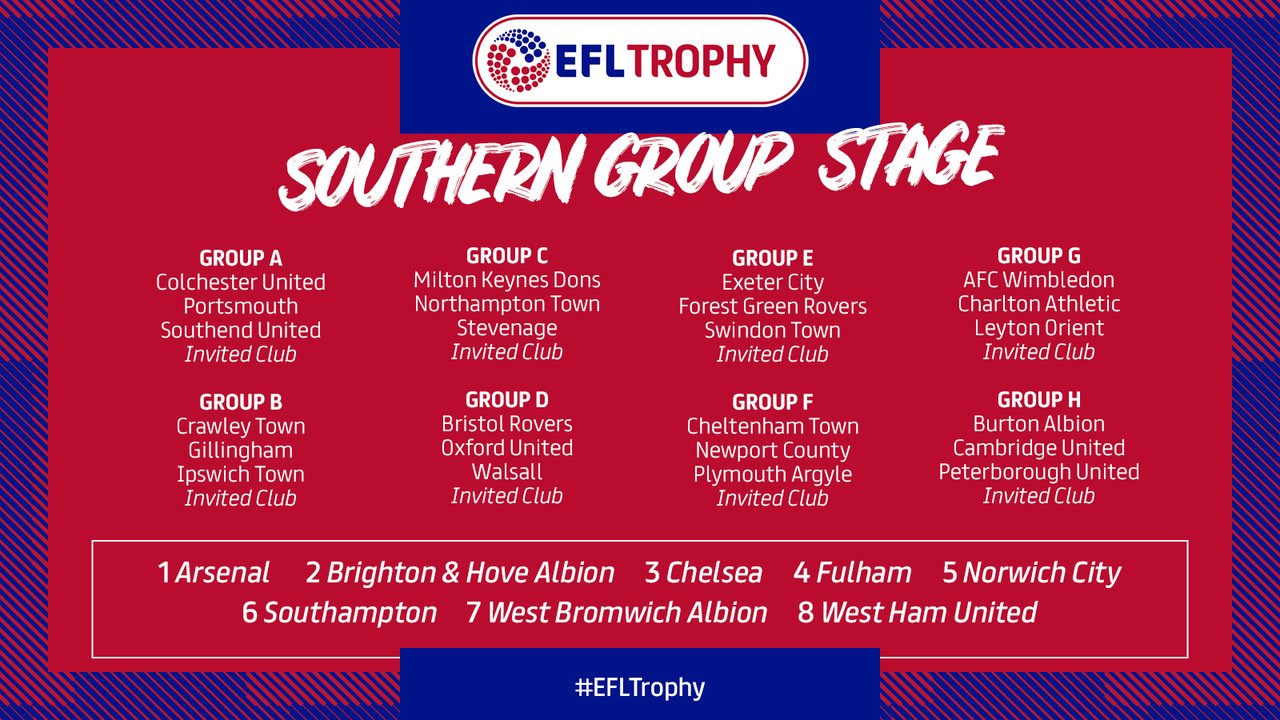