On-loan defender Tyler Cordner is excited about joining his fellow Bournemouth team-mate Frank Vincent in signing for the Iron on a season-long loan.

The 21-year-old centre-back officially joined on Thursday, after watching the Iron take on Hull City Under-23s in a behind-closed-doors friendly two days earlier and believes he has a lot to offer the side.

He told iFollow Iron: "Frank came up earlier, who I've known for a while, and spoke really highly of the club, and I was delighted to get it over the line really. It's a good opportunity for me to come and play in the league, so hopefully I can help the club.

"From what I saw (on Tuesday), they work hard and try to play the right way. They're a different side from last year and I think it's going to be a good season. I just want to play as many games as I can, help the club and enjoy my football. We'll see where it goes."

It's a third loan spell away from the Cherries for Cordner, who has been in the National League with Havant & Waterloovile and Ebbsfleet United previously.

"I'm a ball-playing centre-half, good in the air and a leader who likes to talk on the pitch. Hopefully I can provide security at the back," he continued.

"I've experienced different sides of the game so I think I'm ready to come up to League Two now. I've been quite lucky with my loans and have had a lot of interest but want to be at places where I'm in and around it and get lots of game time. Hopefully I can come here and do that as well.

"I'm looking forward to getting to know all the players." 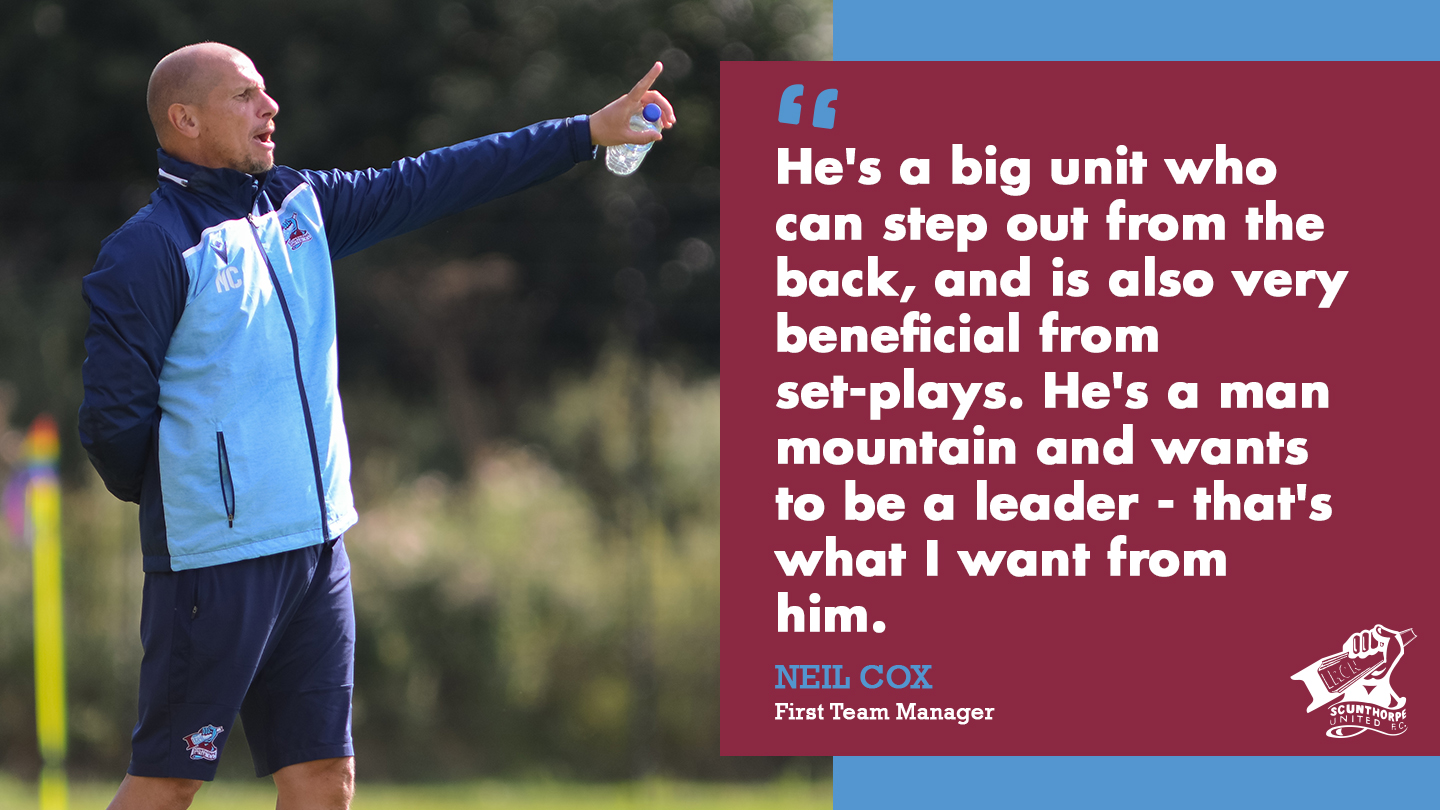 First team manager Neil Cox regards the player very highly, having seen him play for Ebbsfleet while in the National League at Notts County last season and

He said: "I saw a lot of him at Ebbsfleet last year and like what I see of him. He's a big unit who can step out from the back, and is also very beneficial from set-plays. He's a man mountain and wants to be a leader - that's what I want from him, and then when he does go back to Bournemouth he's ready for getting into their first team.

"He was desperate to get down last week and get a game in earlier but we had to get everything signed off. I'm delighted to get him in the building.

"He did really well last year, and defended his box really well. We'll get some aggression into him. We want him to be dominant and using his presence and stature, while also showing how cultured he is on the ball."