Defender Jacob Bedeau reflected following the Iron’s first week of pre-season, as the players returned to the Sands Venue Stadium for the first time since football was suspended back in mid-March. 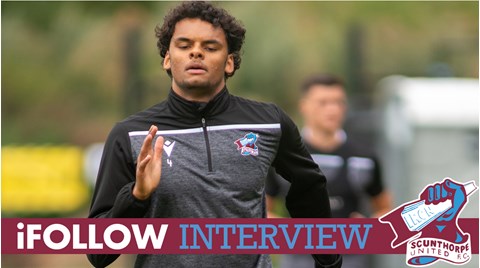 It’s been 21 weeks since the players last trained as a group and, while things are far from back to normal, Bedeau spoke on resuming training in small groups and looking forward to progressing to the next step of the staged return.

“It’s been a tough start, to be fair,” he said, speaking to iFollow Iron.

“We’ve been doing a lot of running and a lot of fitness work, but it’s just good to be back in really.

“As lockdown went on, I was just itching to get back playing football and get going again. I managed to go back home to London and it was quite nice to be around my family again. After a couple of weeks, it got a bit boring and I just wanted to play football.”

Despite it effectively being an extended close season, each individual also did their own work during the summer to ensure they returned in good shape ahead of pre-season.

With the campaign being condensed by five weeks following the pandemic, the former Aston Villa defender believes the work done now will be vital in the season: “I’ve been doing a lot of running.

“I’ve been doing that and trying to maintain a bit of fitness. There will be a lot of Saturday-Tuesday games next season, so fitness will be key, as well as having a good squad to choose from.

“I feel okay. As pre-season goes on, we will get there. I can’t wait for the first game, to get that feeling again.”