While he knows there are far more important things going on in the world, and the lockdown measures in place to affect the spread of the COVID-19 virus are for the greater good, experienced midfielder James Perch admits he’s finding life frustrating as a professional footballer and sports fan at the moment. 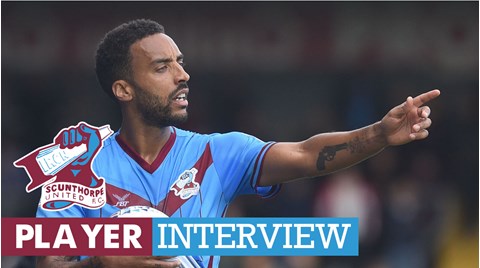 Not only is the 34-year-old missing playing, with the domestic season suspended until April 30th at the earliest, but he also enjoys watching football, golf, darts and motor sport on television and with every regular sport suspended at the moment has found it tough to stay occupied.

He told iFollow Iron: “You train every day, come back and have you tea, then watch the football or other sports on the TV. I’m missing my sport, and I’m sure everyone else is. While nothing’s happening you have to fill your time doing something else, and I’m sure it’s something people are finding hard.”

Regarding the delay to the season which started on March 13th, he continued: “I’m finding it frustrating because you want to be playing and the season isn’t officially over, but nobody can do anything about it and you just have to sit patiently and wait. We’ll see where it takes us.

“People are speculating about when it’s going to be back but nobody can put their finger on it and say it’ll definitely be then. At the moment, we’re due back in on April 14th (when the UK lockdown measures are currently due to end) but if I’m honest I think that’ll be put back again. The virus isn’t easing on the nation or the world.”

The players have been handed individual training programmes while social distancing measures are in place, and Perch continued: “It has been helpful but you can’t replicate what you do in training and that’s the hardest thing. It’s hard to juggle, especially for those who have kids, but we’re staying on top of it, doing what we can to stay as fit as possible.”

At this stage, Perch honestly doesn’t know if the final nine games of the Iron’s 2019-20 season will be played.

He continued: “When it looked like we were going into lockdown a couple of weeks ago, following the rest of Europe, I was still sure we’d finish the season, but I think it’s going to be difficult to finish it now. No-one knows how long it’s going to take though, so we’ll just have to see how it goes.

“I’d hate to be the person who makes the call because there will be numerous clubs unhappy, who have something riding on it, if they did null and void the season.

“Some teams might want a mini pre-season as well before the games resume, so to put a date on it will be tough.

“When football does come back, a lot of people will be happy though. I’ve heard Gary Neville refer to a ‘festival of football’ idea where there are games every day and I think that will be a good idea and fans will love it. Hopefully when we’re through all this, it will be a sign of life starting to get back to normal.”