Skip to main content Skip to site footer
Apologies, this video is unvailable.

Keep your mind and your competitive streak active with our Iron Quiz, which is now available to view on this page, and also on Twitter, Facebook and Instagram.

With five rounds to dig your teeth into, see if you can master the second edition of our brain teasers and come out on top against your fellow Iron fans.

You can answer the questions by replying to the posts on social media, but if you want to submit your complete scorecard for marking, email it to james.moody@scunthorpe-united.co.uk by 4pm on Friday, April 3rd and see where you rank on our official leaderboard.

Round One: Picture round - All good quizzes start with a warm-up picture round! (10)
Round Two: Have you been paying attention? A look back at the week on social media. Three questions, can you get all nine points? (9)
Round Three: Guess the team - A line-up from a classic Iron match, fill in the blanks! (10)
Round Four: Sent off players - Another new round - we've given you a season and match in which a Scunthorpe player was shown a red card, can you name the player who was dismissed? (11)
Round Five: What happened next? Five videos, five different situations, but can you remember what happened next for a point and which Iron player was involved for another? (10) 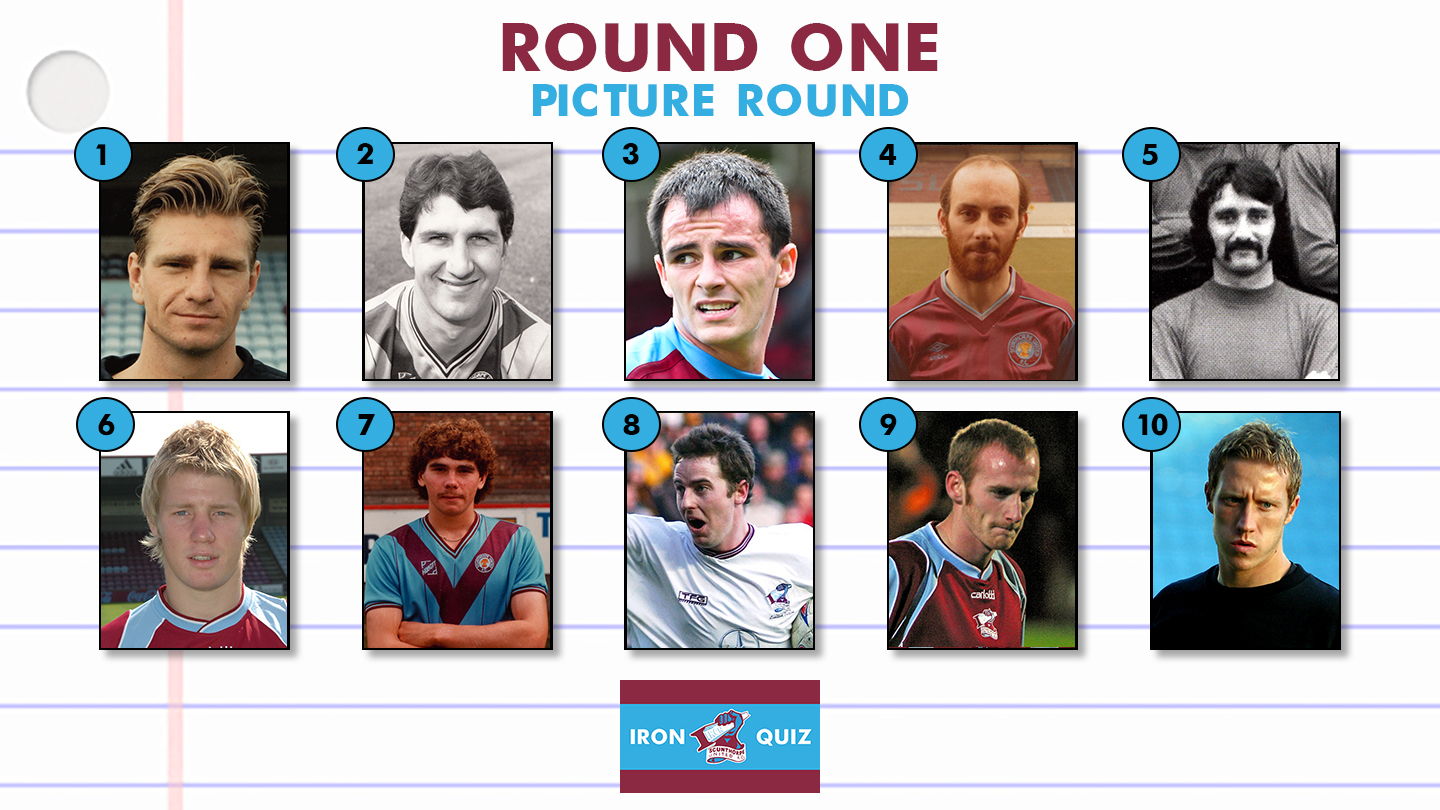 ROUND TWO - HAVE YOU BEEN PAYING ATTENTION? 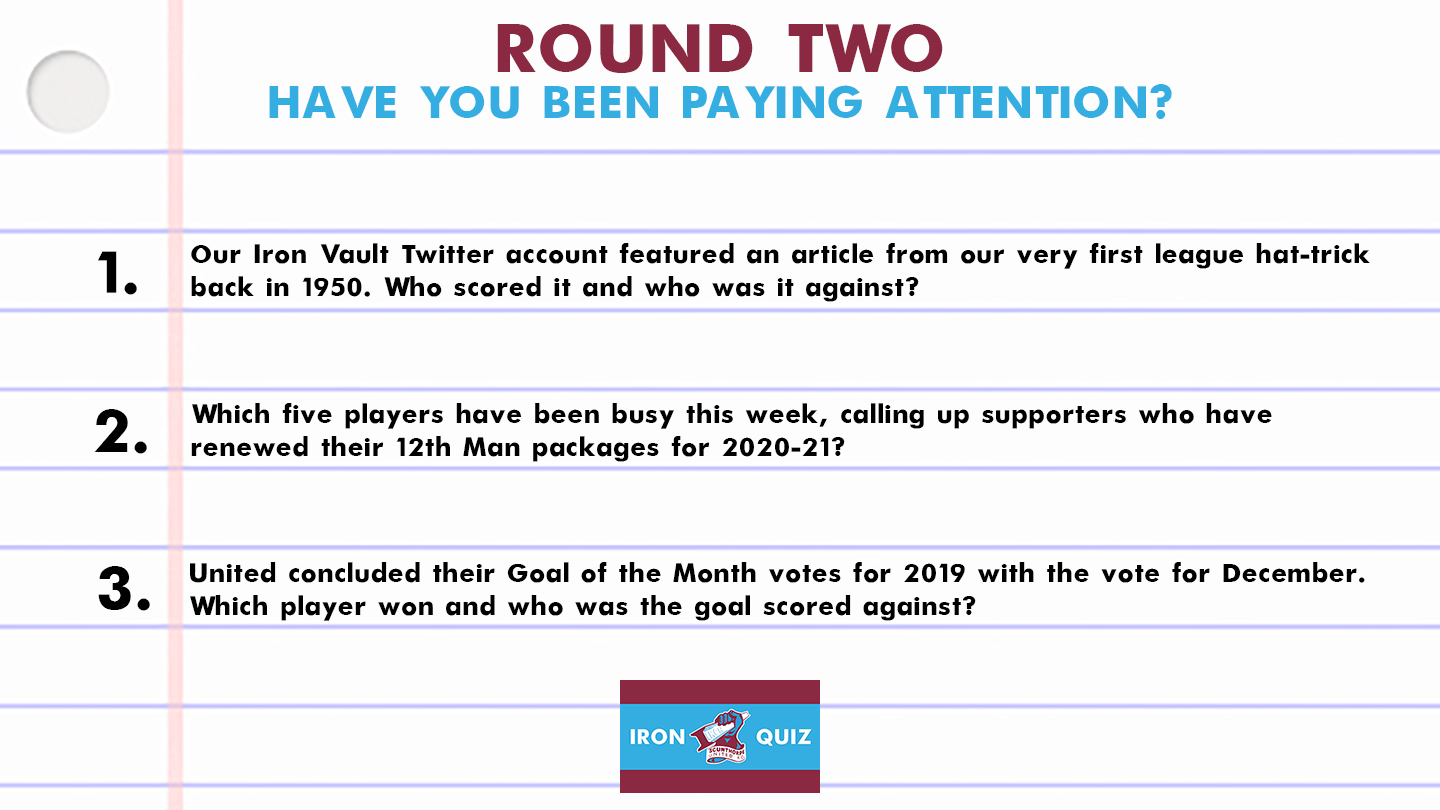 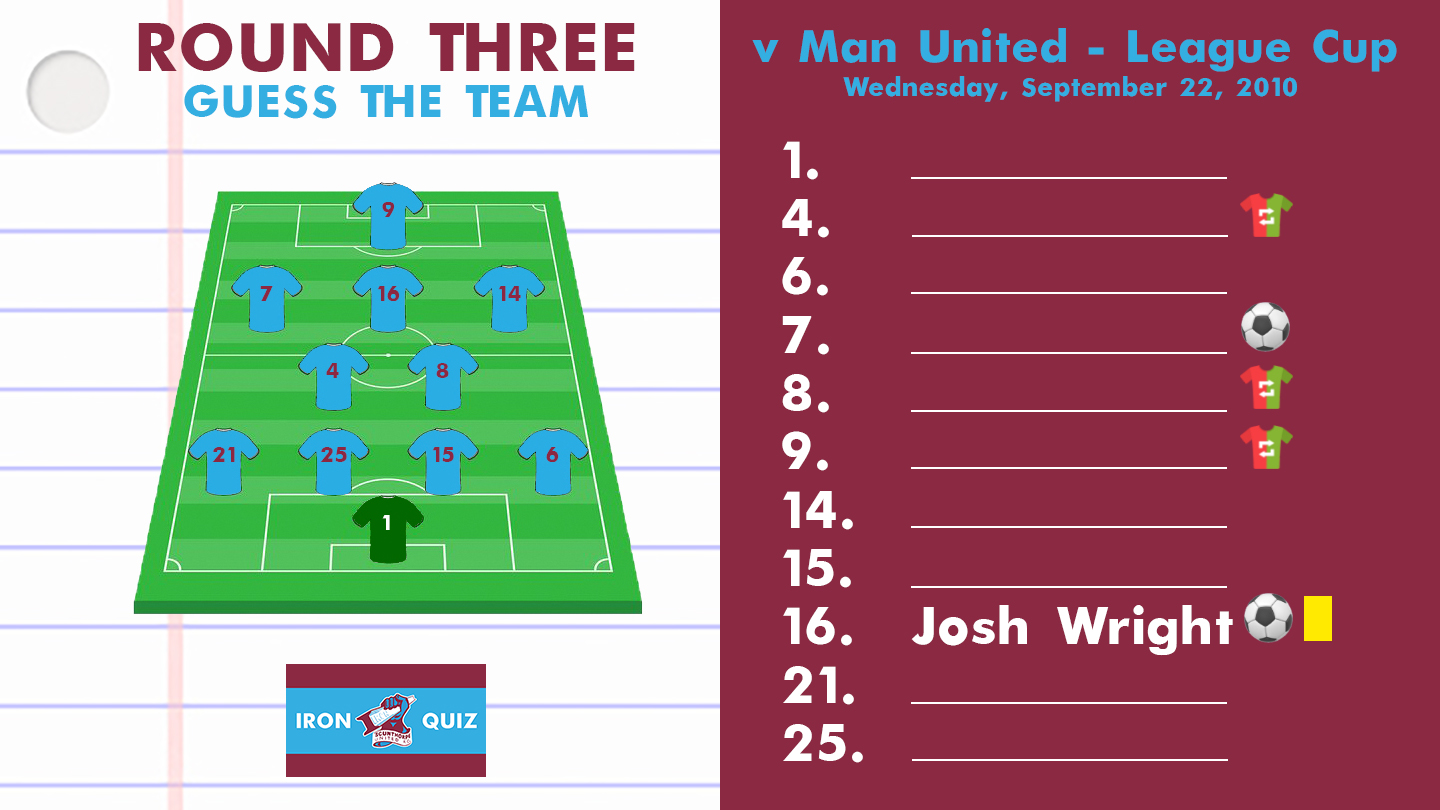 ROUND FOUR - SENT OFF PLAYERS 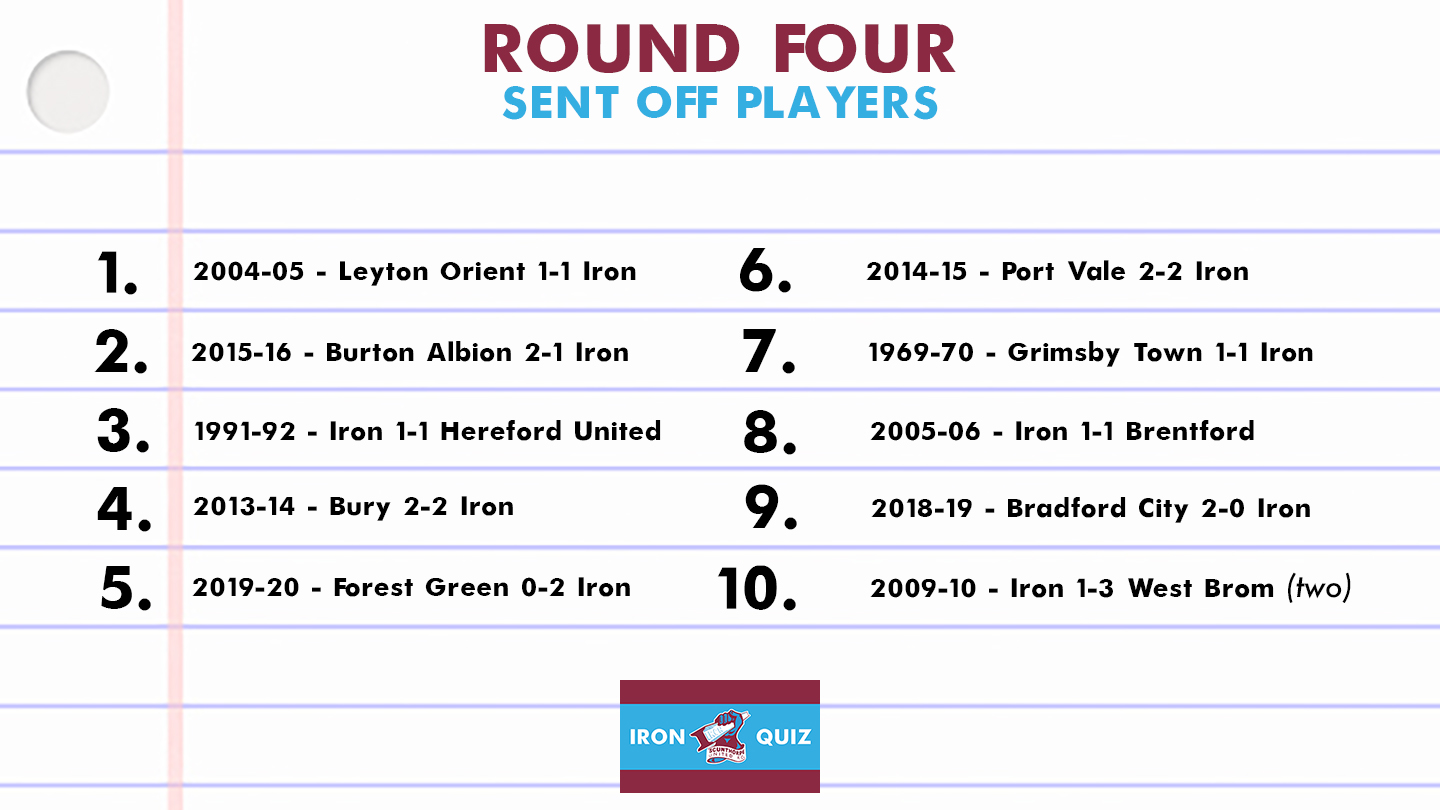 ROUND FIVE - WHAT HAPPENED NEXT?

Click the video at the top of the page to view the five "What Happened Next" videos. You will get one point for correctively stating what happened next and one point for identifying the Iron player directly involved.