As featured in our matchday programme, we caught up with former midfielder Justin Walker about his time in claret and blue, while he also picked a fantasy six-a-side team.

REVIEWING MY TIME AT SCUNTHORPE...
It was a good time for me to get out and try to develop a career for myself and Scunthorpe were the club to give me that opportunity. I loved it. I was there for three seasons, the first of which on loan and I made my league debut for Scunthorpe, so I’ve got some very good memories while at the club. It was a really good family club, with some great characters working there. I was really lucky to play with a group of lads with a great team togetherness. The manager and the staff made that adjustment very easy for myself and made me feel very welcome. It was a really tight knit community in Scunthorpe and we were really privileged to be part of the team that got promoted in 1999. It was a great day out at Wembley for the final, but to win in front of just under 40,000 and get promoted was a great memory. We’d been to Ireland just before the play-off final as a group and it showed there were some great lads in the dressing room like Russ Wilcox, Daws (Andy Dawson) and Hopey (Chris Hope).

MOST MEMORABLE IRON GAME...
The play-off semi-final for me at home against Swansea City. It was a great night and to win after extra time to put us into the final, it was just so memorable. We were 1-0 down from the first leg, but it was a great night at Glanford Park to come back and go through after extra time. Mark (Lillis) was a great character and he added to the camaraderie and team spirit of the group. I don’t think Mark knew one minute to the next what he was going to do. That moment (with the St George’s flag) was definitely off-the-cuff.

MY SCUNTHORPE UNITED DEBUT...
I can’t remember too much about my early games to be honest. I don’t think I touched the ball for about two months because I was just getting used to the way we were playing! It was a “welcome to the real world of football” scenario. It was a great couple of months and a great experience, I do remember that, but I’m not good at remembering individual games.

THE MOST MEMORABLE GOAL OF MY CAREER...
Beating Nottingham Forest in the FA Cup when I was playing for Chester was a nice one. Forest are my local club and a team I played for, so to knock them out of the FA Cup was a nice feeling. I got some stick from my family for that! There are a few games I remember for different reasons. Playing against Gary Speed taught me how far short I was of being a top midfield player. He was top drawer - it was such a shame what happened - but he was a tremendous player and that put the light on in my head about the level of the top players.

MY OTHER GOALS...
There were only three and I can’t remember them all too well, so I’ll just go with the first one in the 1-1 draw against Barnet. That was my first professional goal. You’d think I would remember my goals more, as I only scored 16 in my career! I can remember scoring for Lincoln City against Carlisle and the ball took a bobble and my shot ended up in the top corner, but it wasn’t meant for the top corner!

MY APPEARANCES IN FOOTBALL...
I’ve been very lucky in that sense. It’s not easy forging a career in the lower leagues when you’re surviving on a one-or-two-year contract. It can be difficult. I was very lucky, although there’s a sacrifice and you have to work hard at it, I didn’t get many injuries, so I was able to make as many appearances as I did.

MY EXPERIENCE AT ENGLAND SCHOOLBOYS AND ENGLAND YOUTH...
It was a brilliant experience at the time. I can just about remember that! I went to Lilleshall National School when I was 14 and lived there for two years. Sol Campbell was one of the lads who came out of that who had a top career. I got to play at Wembley three times as an England Schoolboy.

MY BEST MOMENT IN FOOTBALL...
The best moment has to be winning the play-off final and gaining promotion at Wembley. Signing my first professional contract and making my league debut have to be highlights as well.

MY WORST MOMENT IN FOOTBALL...
Relegation. It’s the worst feeling for any player. It’s difficult to take, especially when you work so hard in a season. You learn a lot about individuals in those seasons and you become more resilient. It’s never nice. The worst one was at Exeter City in 2002-03. It was such a bizarre and disappointing season for us. Michael Jackson and Uri Geller were involved with the club and we had three managers during the season. We actually had a good group of players including Don Goodman, who is now a Sky pundit and former Manchester United winger Lee Sharpe. In the end, we were relegated by a point, which was very disappointing. 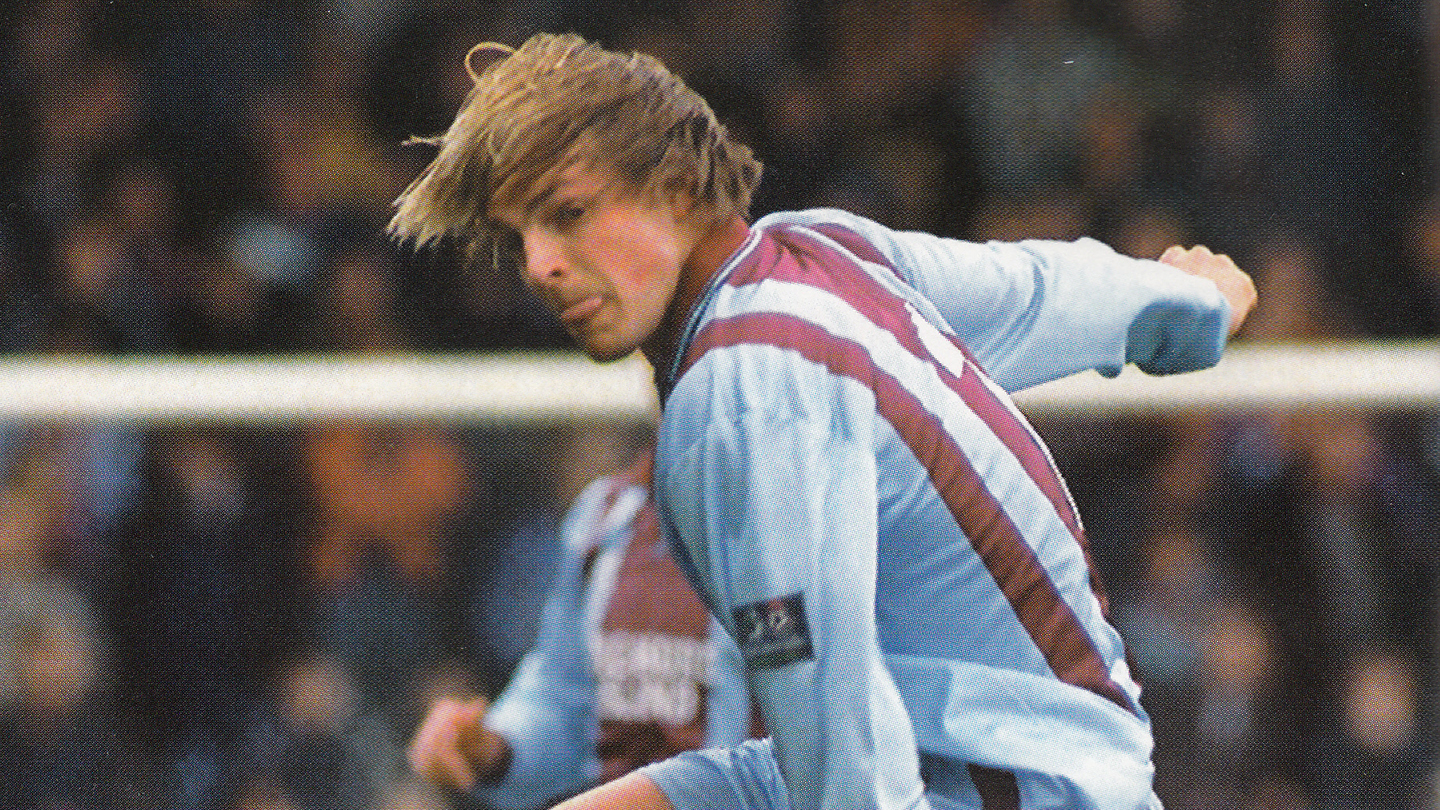 STAR SIX
Justin says: "I’m going to play with a rush-keeper. I’ve got some defensive cover, character at the back and plenty of goals with the front three."

RUSS WILCOX
I’d have to have Russ in as the senior citizen of the team. He was the go-to player, always looked after the younger players and he was a character in the dressing room.

CHRIS HOPE
Mr Consistency. He’d have to go in the team from my time there because he was Mr Scunthorpe. He is a great lad and a great trainer.

ANDY DAWSON
Daws has to be in my team. He was a great character to be around as well. I knew him from Nottingham Forest and he went onto have a fantastic career. He’s a great player and a great lad.

ALEX CALVO GARCIA
His goal gave us the opportunity to take the play-off winners medal, so he has to go in there. He was so humble, a great character and he deserved it more than anyone to score the winning goal.

JAMIE FORRESTER
You need someone in a six-a-side team who is going to score goals!

JOHN EYRE
Between Jamie and Johnny, they were both pretty much the reason we go through to the play-offs in that season, so I have to keep them together as a partnership.