Technically a home fixture, but fundamentally an away match, Russ Wilcox will take his Under-23s side to Birkdale Park for an encounter against Bottesford Town as the local side unveil their new LED floodlights (kick-off 7.45pm). 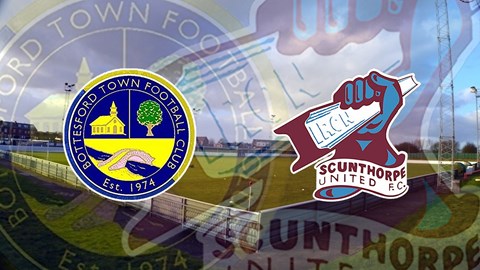 The Iron's Under-23s head into the encounter off the back of a 3-1 defeat against Port Vale Reserves at Vale Park in the Central League Cup.

In that game, minutes were handed to the likes of Andy Butler, Andy Dales and Jacob Bedeau, but on this occasion only the latter player is expected to feature as he makes another comeback following an injury set-back.

Speaking in his pre-match press conference on Monday, first team manager Paul Hurst alluded to the potential returns of John McAtee (shoulder) and Jordan Hallam (ankle) with both expected to feature in the game.

Hurst may also opt to hand Wilcox forward player Abo Eisa as he bids to stay match sharp following just one substitute appearance this month, which saw him score a dramatic late equaliser at Home Park against Plymouth Argyle.

Admission will be in line with Bottesford Town's standard NCEL prices which are £5 for adults and £3 for concessions, while under-16s are free.

As per the two clubs' agreement for U23 games at Birkdale Park, all of the Iron’s 12th Man holders to gain admission to Birkdale Park for their NCEL fixtures for just £3 provided they show their season ticket card on entry.