Lee Novak was delighted to return to first team action ahead of schedule in a 1-1 draw with Bradford City. 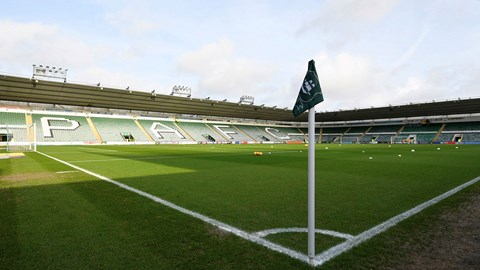 He told iFollow Iron: “It’s been a tough six and a half weeks but to get back three or four weeks ahead of schedule was a positive. Just being in the squad would’ve been brilliant but to get out on the pitch was brilliant.”

The forward rejoined his teammates sooner than anticipated, after suffering an ankle injury against Derby County in mid-August.

“The medical staff were doing everything; Michael (McBride), Ben (Palmer) and Kev (Hornsby) got me back up to fitness, looking after the ankle and getting strong again.

“I spoke to the gaffer (Paul Hurst) on the Friday and he asked how confident I was because it can play on your mind after a long-term injury. I didn’t want to be a liability to the team or to him.”

The Iron were a man light after Matthew Lund’s dismissal but held on for a point against the Bantams.

Novak praised the performance: “Against one of the teams that are favourites in the league, to get 75 minutes with 10 men was difficult. The lads put in a real shift.”

He is relishing the healthy competition among the strike force, with the additions of Jamie Proctor and Jamie Ward during Novak’s spell on the sidelines.

“Competition for places brings out the best in everyone. Last year, we were limited. Even when I got injured, it was only me and Kyle (Wootton).

“You’ve got Kevin van Veen and George Miller in there as well so all five of us have been pushing each other on. Whoever gets the shirt will have a job on to keep it,” he said.

The 30-year-old is hoping to be involved once more as the Iron travel to Plymouth at the weekend, with the two sides both relegated from the Sky Bet League One last time they met on the closing day of the 2018/19 campaign.

He explained: “It’ll be hostile after last season! They’ve had a bit of an indifferent start as well but they’ll be a very good team and we’ve worked on the way we think they’ll play. We’ve just got to worry about ourselves and play our game.”