Scunthorpe United were delighted to host the first Fans for Diversity Community Day on Sunday 5th May, with members of the local community able to play on the pitch.

The morning started with a training session and a game for around 50 local children before an adult competition took place in the afternoon which saw four teams competing, with the Fans for Diversity Iron team running out 1-0 winners in the final.

Formed at the start of the 2018/19 season, Fans for Diversity Iron are a multicultural group of supporters from the heart of Scunthorpe and surrounding areas, set up to support the Iron and help encourage new fans to attend games at Glanford Park. 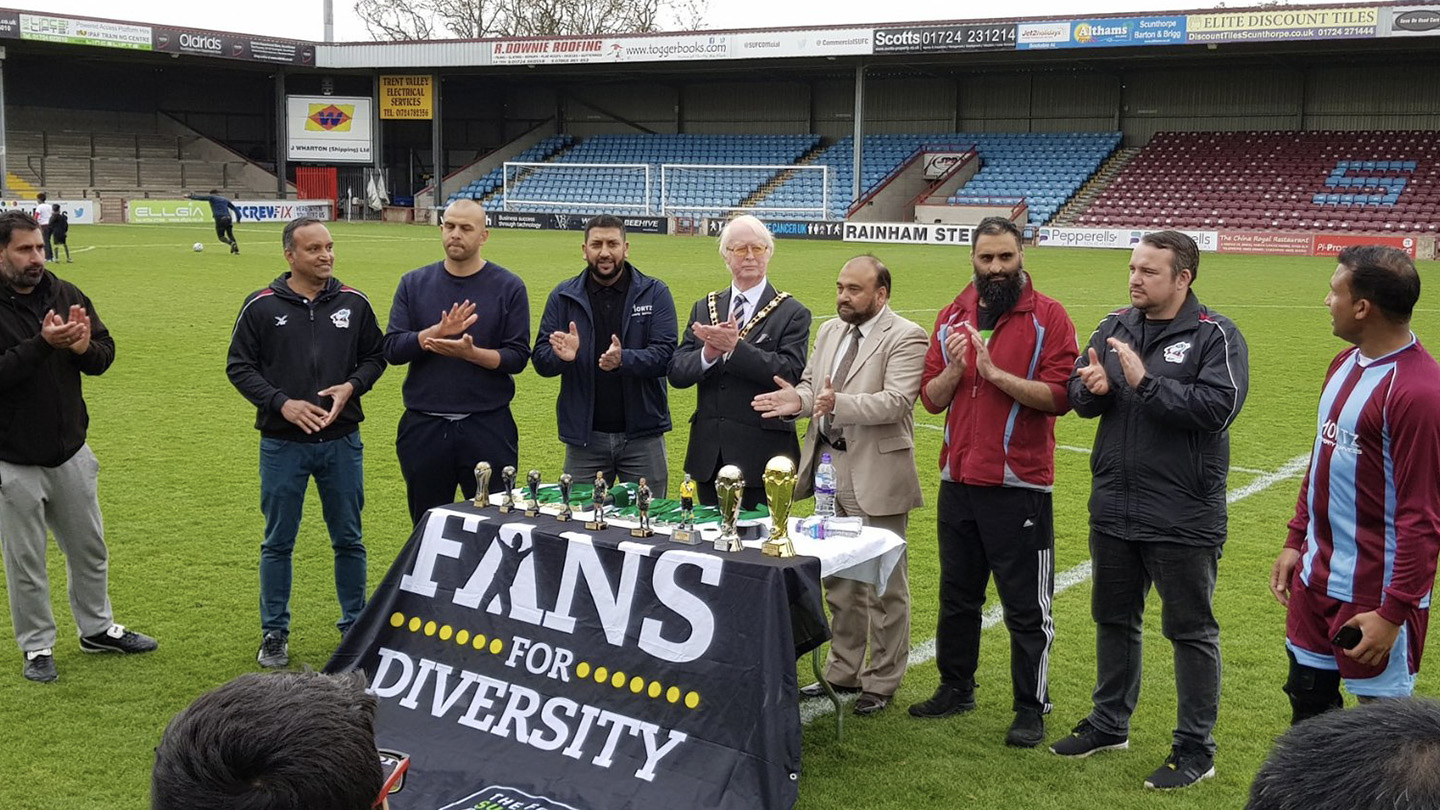 The Mayor. Cllr John Briggs was present all day to watch the action unfold and present medals to the children as well as trophies and medals to the adult participants later in the day.

Scunthorpe United’s Head of Marketing, Ticketing & Retail, Rob Noble, commented: “It was a great day and we’re delighted to have been able to welcome members of the BAME community to experience playing on the Glanford Park pitch along with other local adults and children.

“We’re looking forward to working with the FFD Iron over the coming season once again to help encourage more members of the local community come along and support the Iron, and we hope to be able to build on this event to include more supporters in the future.” 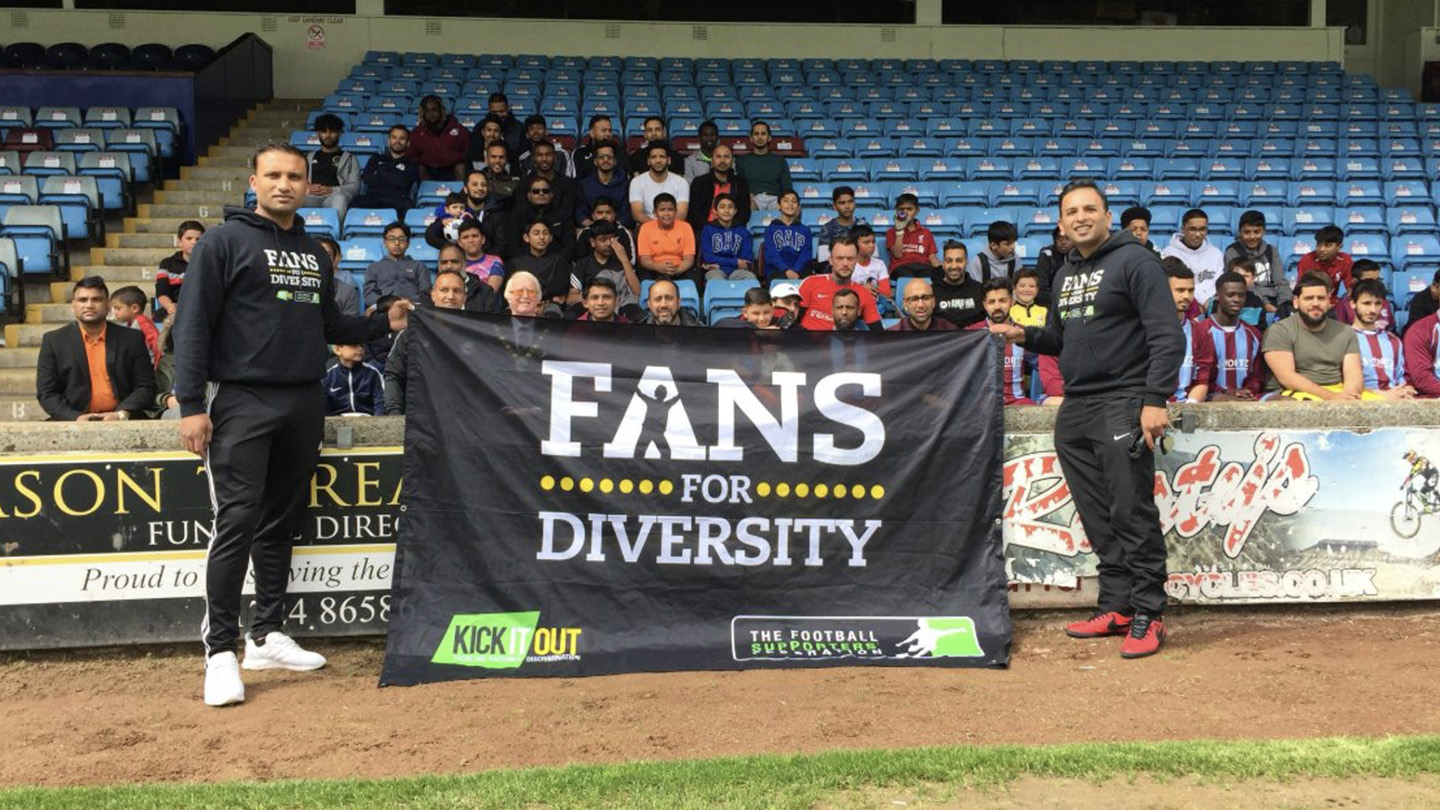 Anwar Uddin, Diversity and Campaigns Manager for the Unified Football Supporters’ Federation said: “It was fantastic that people had use of the pitch and facilities throughout the day. It was nice to have good numbers there for only the first event and it was great to meet so many cool people from the club and community.”

Rob Noble added: “A big thanks goes to club partner Mortz Property Services, who sponsored the Fans for Diversity team kit, and Roj Rahman was present throughout the day providing fantastic support of the event.

“Further thanks go to Anwar Uddin from the FSF and their Fans’ for Diversity scheme, as well as Humayun Islam from Bradford City’s Bangla Bantams, and the Lincolnshire FA who all played a big role in supporting the event.”