Midfielder James Perch has labelled the remaining seven games of the season as “massive”, ahead of the visit of AFC Wimbledon on Saturday.

At the start of the week, Andy Dawson became the side’s caretaker manager for the rest of the season and Perch has said they have had a positive few days.

Before the Wombles clash, Perch previewed the game with iFollow Iron.

He said: “It has been a tough start to the week, but in football you have to dust yourselves down and go again.

“He has come in, he knows the players, he has taken it really well and training has been good.”

Former England international Nick Barmby has also joined the Iron’s coaching team for the final seven games of the campaign.

On that news, Perch said: “He has been good as well. He has a wealth of experience and was a top class player.

“Him, Dawson and Kenny (Black) will work well together.” 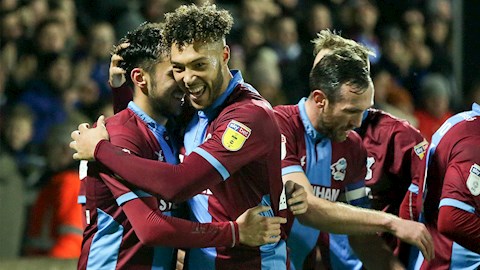 The Iron are placed just two points above the Sky Bet League One relegation zone and the 33-year-old recognises the importance of not just this game, but the other six fixtures as well.

He said: “Everybody knows it is a big game and we know that we need to go out there and get a result.

“We know it is a good opportunity for us.

“They are massive games, we know how important it is and all we can do now is go and get as many wins as we can.”

Perch also wants the supporters to get behind the team, as the season nears its end.

“We need them more than ever now,” said Perch.

“It is going to be lively on Saturday for the game, so hopefully they will get behind us and spur us on.”

See much more from James Perch, Andy Dawson and Jak Alnwick on iFollow Iron. Click here to sign up.