Congratulations to Iron coach Andy Dawson, who has graduated with The FA Level 5 (UEFA Pro) in Coaching Football qualification.

The FA celebrated 18 months of hard work for 27 coaches at St. George’s Park last Friday, including Andy, who have gained the FA’s highest football coaching qualification. They join an exclusive club of under 400 FA Level 5 alumni, which features the likes of Sean Dyche, Brendan Rodgers and Gareth Southgate.

Les Reed, The FA Technical Director, said: “A huge congratulations to each and every one of our graduates. This is just the beginning for this group. There will always be more to learn, different goals to reach and new things to discover - and The FA will always be here to help guide these coaches through football’s ever changing landscape.”

Lucy Pearson, Head of FA Education, said: “The FA Level 5 (UEFA Pro) in Coaching Football course is the highest qualification that The FA provides. The success of our graduates in this course is a testament to who they are as coaches, and people.

During this course, we’ve focused on the challenges in modern football coaching and management - whether that’s dealing with the media, working with the board or managing the day-to-day pressure that surrounds working in football. Now it’s time for these graduates to put that learning into practice and make their mark on the game.”

The FA Level 5 (UEFA Pro) in Coaching Football graduates are: 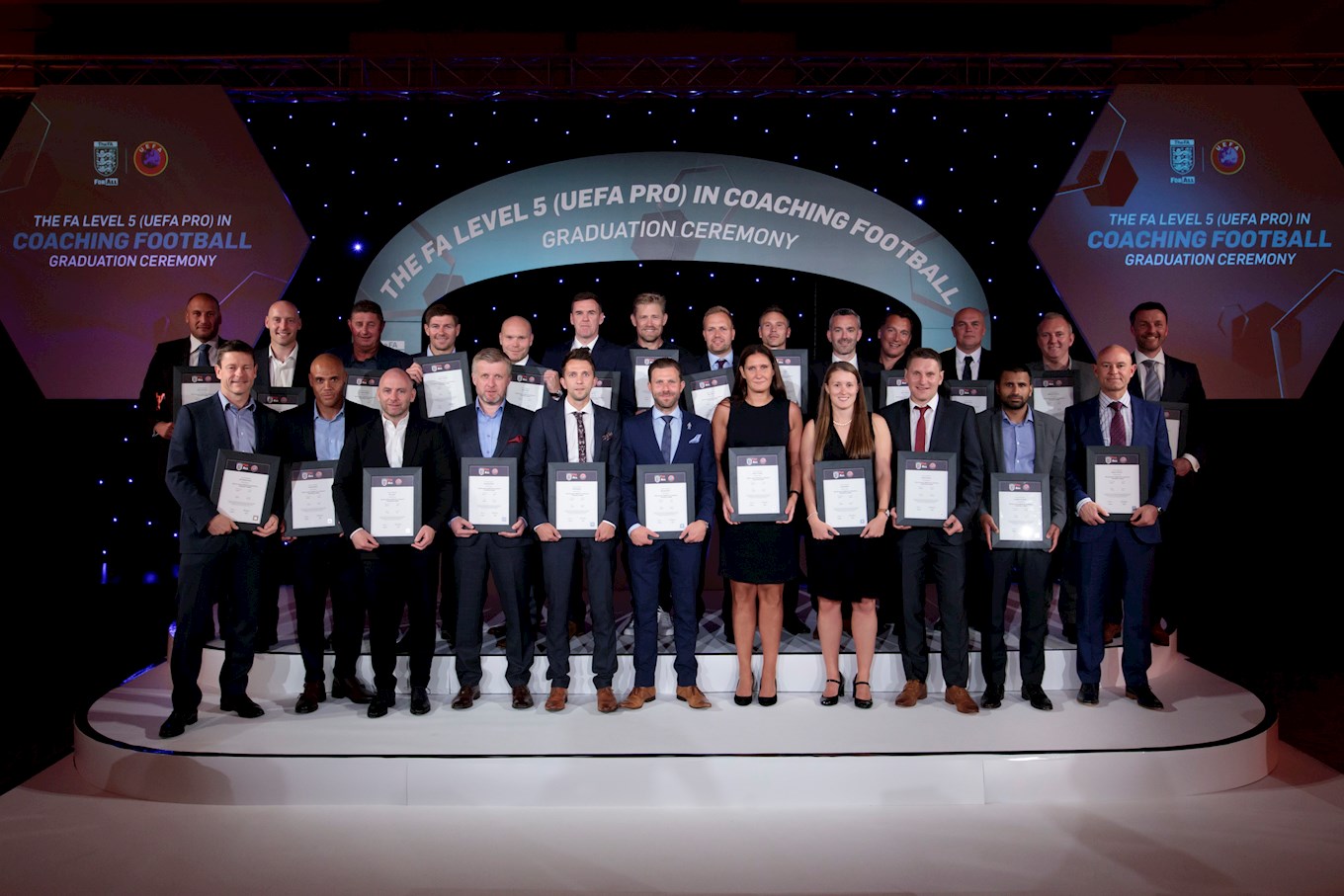