Following two victories and clean sheets in a row, and five signings in the space of 48 hours, United boss Stuart McCall is looking to build on the positivity around the club at present. 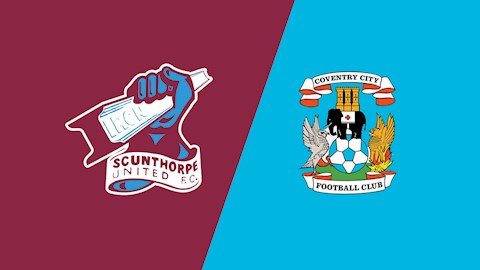 Eighth-placed Coventry City are the visitors to Glanford Park on Saturday afternoon (3pm kick-off) and come into the match in good form themselves, having won three in succession.

McCall told iFollow Iron: “On the back of two clean sheets, grinding out a result against Wycombe and then a good performance and result versus Peterborough, we have to kick on. For once, it’s not just about picking the starting eleven but also who’s going to miss out on the bench. At Peterborough, we only had five on the bench but now we’re going to have a couple missing from it. It’s certainly a headache but a good one.

“The players are in form and feeling good about themselves. The atmosphere in training has been very good the last couple of days. That’s natural, you feel more confident and have a spring in your step.

“Coventry have done really well. Mark (Robins) has done a good job with them and they have a good young side. They’ve brought some good loanees in, but also a couple of young lads who have come up through the ranks. Jordy Hiwula up top, who I know well from my Bradford days, has been scoring goals for them and they carry a lot of pace on the counter-attack. They’ve won their last three, are eighth and in touching distance of the play-offs.

“However, we can’t focus too much on them. We’ve seen enough of them and know what they bring, but we have to concentrate on how we go about our business and hopefully we’ll get back-to-back home victories here.”

McCall has stressed the important of a good start to the game as United seek to make it three victories in a week.

He said: “Against Gillingham, for whatever reason, we started so flat but we can’t afford that tomorrow. We need to be on the front foot. We showed real intent at Peterborough and against Luton as well. We can’t let them settle in the pace they want to play at. We’ve got to be at it, and there’s no reason why we can’t be. Sometimes people will shoot wide, cross into the stand or whatever it may be, but for effort and desire we have to be on the front foot.

“I’m really pleased with the backing we’ve had from the fans (since I came in), because the club is used to being at the other end of the table. Unfortunately, we’ve had a disappointing season up to now at the wrong end. We need them more than ever, and if we can get a few more fans in (on the back of a positive week) – great. The vocal backing that we got at the Wycombe game was terrific. It was followed on down at Peterborough – with it being away fans we were hearing rather than home fans.”

He said: “Jordan had his (knee ligament) operation on January 2ndand will be at the game tomorrow, which will be great. It was a repair rather than a reconstruction. If it was the latter it would have been six months, but a repair takes it down to four. It’s still a long time out but it’s a better scenario.

“Lundy (who also has a knee problem) has been in today. He’s been bright and wants to give it a go next week. He’s been running on the treadmill but without putting pressure on his knee so doesn’t really know how it is. I think it will be 50/50 with him. It might be a case he can get to the end of the season, after clearing up with the rest he’s had and injections. Likewise, he’ll probably know more once he’s pounding out on the ground whether he’s right or not. It’s very positive at the moment but I think we’ll know more in the next seven days probably.

“Both goalkeepers are also back in full training so that’s a positive too.”