Manager Stuart McCall has said striker Lee Novak will be fit and available for selection for the home derby clash against Doncaster Rovers this Saturday (1pm kick-off). 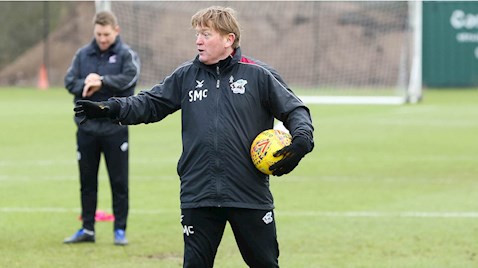 See much more from Stuart McCall, Funso Ojo and Tony McMahon on iFollow Iron. Click here to sign up.

The frontman was rested for the defeat at Gillingham last weekend after picking up a knock in the victory over Accrington Stanley the previous week.

He told iFollow Iron: “Novs will be fine and fit for selection. He’s done his work with the physios in the early part of the week as expected, and then joined in with us.”

McCall also confirmed Matthew Lund underwent a clean-up operation on the knee injury which has seen his game time restricted over the past couple of months.

The boss continued: “Lundy went under the knife on Tuesday for a clean-up on his knee, which went well. When the surgeon went in, his knee was better than what the scan had suggested, so hopefully the clean-up will give him a chance to not have a bigger operation. He will be out for six weeks nonetheless, and the rest, recuperation and rehab will serve him well. We wish him a speedy recovery.” 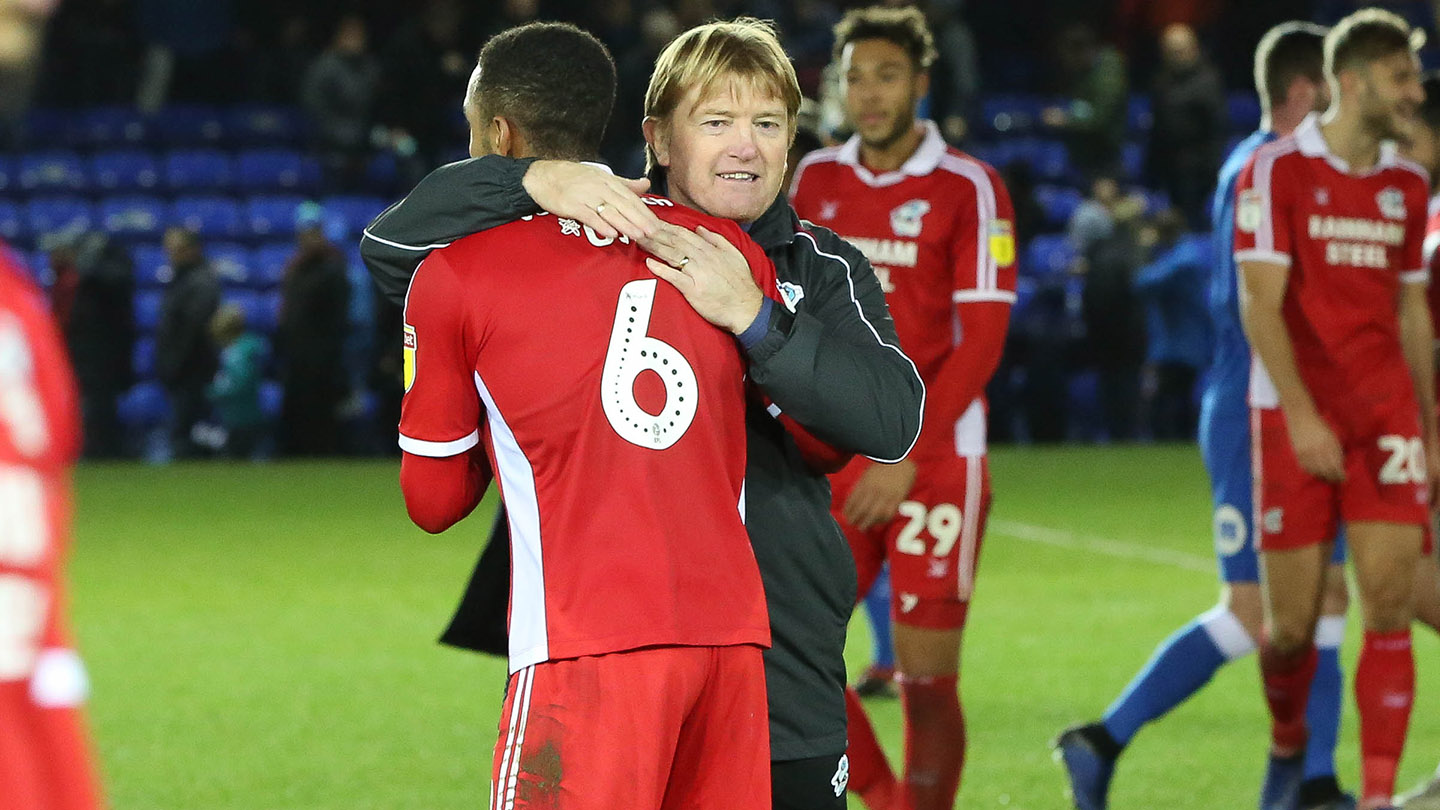 Previewing the game itself, McCall is looking to bounce back from last weekend’s disappointing result and showing at Gillingham, where his side were beaten 1-0.

He said: “After last Saturday’s performance, I’d have loved this game to be on Tuesday because when you have a limp performance like we had, you want to get back out on that pitch as quickly as you can. It’s been a bit of a wait but we’re all ready for it and looking forward to it. Hopefully we can put in a strong performance and get a result.

“Grant (and his staff have done a terrific job. They have a good squad and have brought some good loanees in. I’ve seen them live three or four times this season, they’re a good football team, I expect them to be in the top six and it wouldn’t surprise me if they went all the way because they have a good mixture of experience and youth. (John) Marquis is key to how they play. They’re a dangerous opponent no doubt, but it’s a derby game. We’ve lost two (against them already this season) and don’t want to lose another one. We’re certainly looking forward to the game.

“I know six of our lads who played at their place won’t be available, as four have since had operations and two have gone out on loan. It will be a different set-up from us and a different side.

"We know what’s required from us on Saturday and we’ve got to make it a derby in terms of how we play. We can’t sit off and let them play because they’re a good side, and they showed that last week against Premier League opposition (Crystal Palace in the FA Cup fifth round). We’ll make sure we’re ready for it and will put in a far better performance than we did last week.”

It should be a good atmosphere, with a big Glanford Park crowd expected and McCall hopes that will help bring the best out of his side.

He stated: “One of our better performances this season was against Sunderland. They brought a good following, which Doncaster will. Our fans turned out though and were really vocal. It was a cracking atmosphere and I think Saturday will be the same. Our supporters have a big part to play in it.” 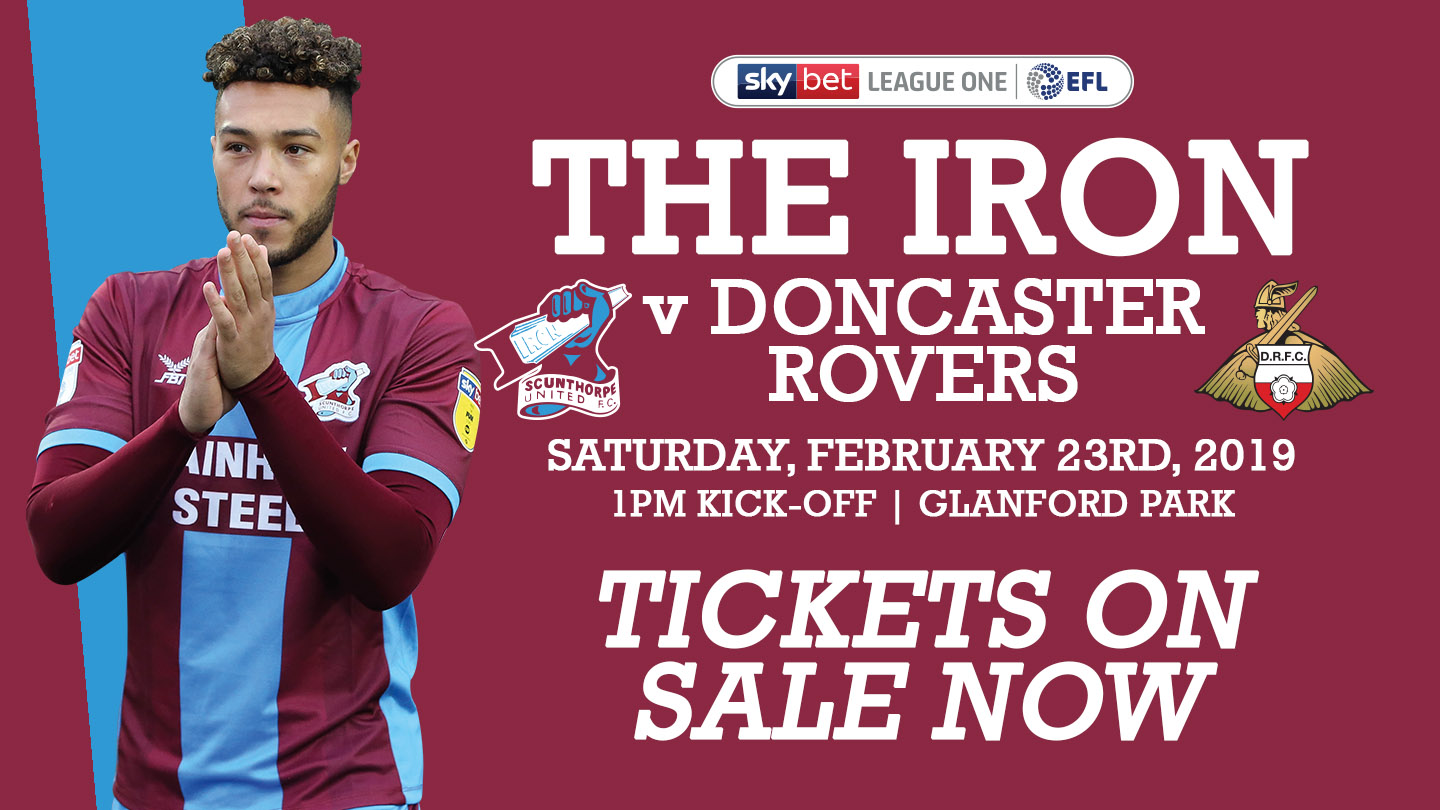