The Iron make a quick return to action with a New Year’s Day trip to take on Oldham Athletic (3pm kick-off). 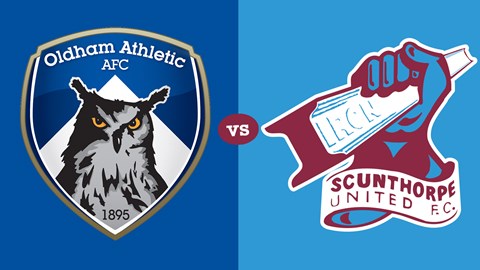 Scunthorpe come into the match looking to bounce back from a 3-1 away loss at Crewe Alexandra on Sunday, while the Latics were defeated 4-1 at home to Salford City.

Despite the result, the statistics suggest the Latics were much more dominant and they provided a tough test at the Sands Venue Stadium earlier this season, where the two teams played out a 2-2 draw.

Kevin van Veen has been ruled out through the illness which curtailed his appearance at Crewe on Sunday. He hasn't been able to train since and will miss the game at Boundary Park.

James Perch is fine though after manager Paul Hurst said he could be a doubt immediately after the game at the weekend.

Jake Eastwood (groin) will be assessed ahead of the match, while Kgosi Ntlhe (hamstring) needs to go for a scan to determine the extent of an injury sustained in training.

Elsewhere, Yann Songo'o (knee) faces a spell of six weeks out with an injury sustained away at Grimsby Town.

Regan Slater (ankle) will also be out for around two further months following an operation last week.

The two sides drew 2-2 earlier this campaign, with Matthew Lund and Kevin van Veen scoring as Scunthorpe came back from 2-0 down.