Midfielder Matthew Lund was happy with the response from the team in the second-half against Bradford City, but felt that the damage had already been caused in the opening 15 minutes of the match. 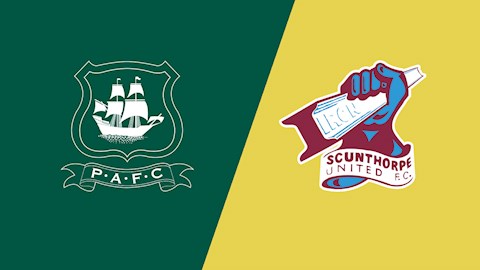 The Bantams took an early 3-0 lead at Glanford Park, before the Iron responded with two goals in the second period from substitute Kyle Wootton and Lee Novak. Indeed, Wootton almost levelled right in the dying stages but his effort was cleared off the line.

Lund came on for the injured Funso Ojo on the 31st minute, helping United to try and get back into the contest.

On the match Lund said: “When you go 3-0 down at home, you don’t really give yourself much of a chance. We killed ourselves by conceding such easy goals.

“I thought we grew into the game in the second-half and showed the fight that we should have showed in the first-half.”

The 28-year-old, who has recently been out with a knee injury, felt that the Iron raised their performance in the second-half and views that as a positive to take into the next match against Plymouth.

He said: “I thought Kyle (Wootton) made a difference for us and I feel like we play better when we get the ball quicker and put the pressure on them.”

Lund, however, feels fine after missing a long period of football and is ready to go again next weekend.

“My knee feels fine now, so it is good to be back,” said Lund.

“However, it is the results we care about and that needs improving.”

The focus now turns to the Iron’s crucial game away at Plymouth on Saturday, which is the last fixture of the season.

On that encounter, Lund said: “They will be up for it, but we are going to have to want it more than them.

“It is another big game and if we get the three points, hopefully other clubs can do us a favour.

“We have put ourselves in other people’s hands now, so we need to hope for results and a performance more like the second-half against Bradford.”