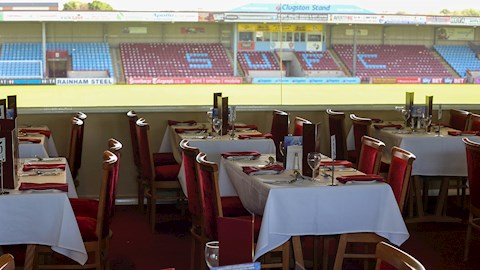 Our Early Bird Price Rates have been frozen for the fifth season in succession, and supporters can buy at these prices until the ticket office closes at 5pm on Thursday, April 18th, and also until three hours before kick-off online via our ticketing website (www.sufctickets.com). Matchday prices then apply.

PAY ON THE GATE: Supporters using Turnstiles 2A and 2B of the Britcon Stand and Turnstile 4A of the Clugston Stand are able to pay on the turnstile this Friday. The turnstiles open from 1.30pm but full matchday prices will apply.

Friday, April 19th - 9am until 3pm (also open for a short period of time after the Blackpool game)