Lee Novak is hoping for more of the same this week as the Iron gear up to host Shrewsbury Town at Glanford Park at the weekend, following on from a 3-2 victory away at AFC Wimbledon last time out.

When speaking to iFollow Iron about the importance of that win last weekend, he said: “It was a massive result. We came close in the last few weeks to getting that win, but we ended up giving the lead away on the occasion to finish up with the draw.

“However, the game against Wimbledon was brilliant, and hopefully now that will give us a good stepping stone in terms of what we want to achieve this season.

“As a team, we were definitely pleased with the performance. In the last few games we have not managed to hold on to get that result, but on Saturday we did well to defend as eleven men and get the three points.

“Wimbledon came out of the traps flying in the second half and got that goal early on but, we showed great character to get ourselves a goal shortly after to knock the stuffing out of them.” 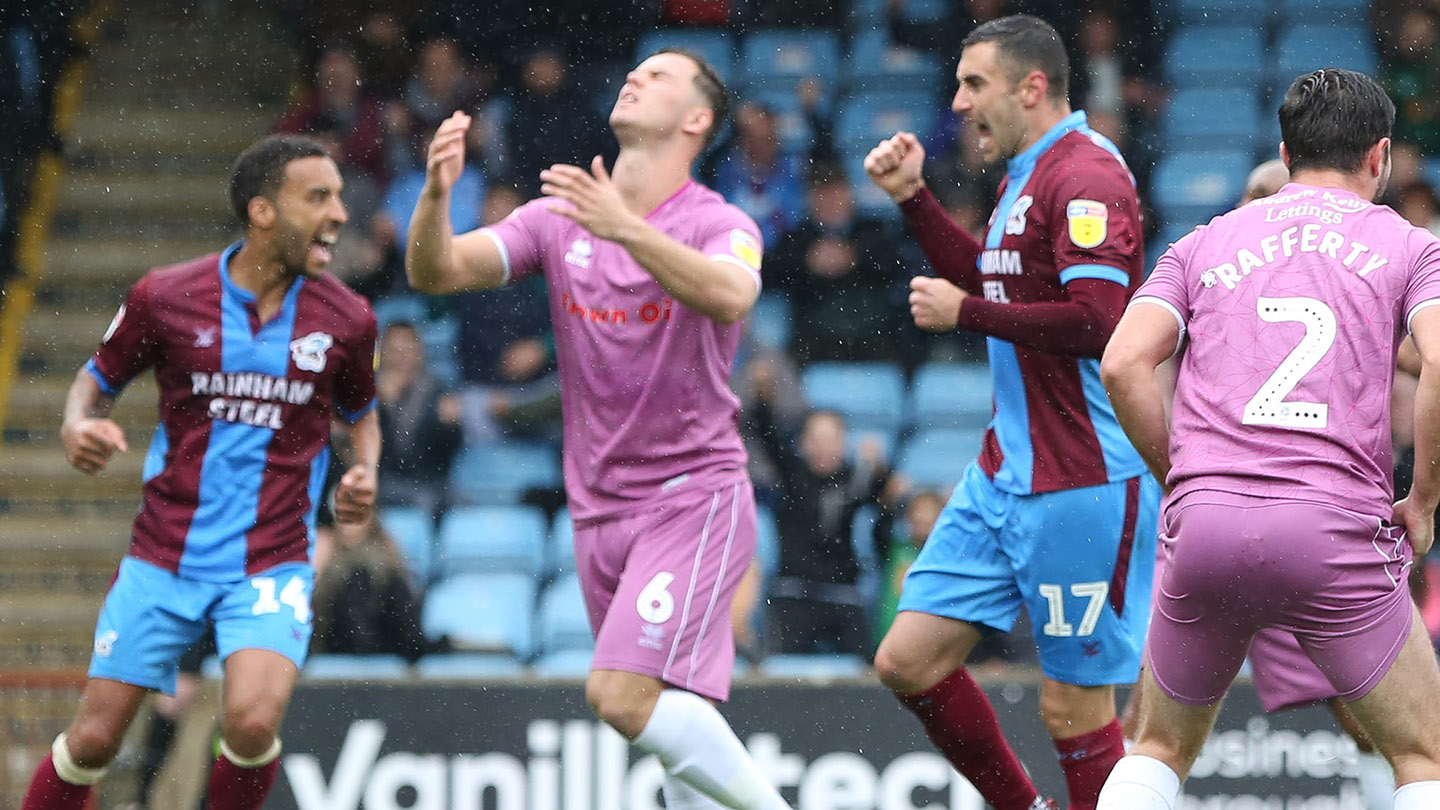 The striker also says the victory will give the team a good confidence boost going into the Shrewsbury encounter and also for the rest of the season.

He continued by saying: “It’s a huge boost. To get that win with a good, gritty performance shows that we have a lot of character, but we also have quality on top of that as well. We’ll go out there and look to win every game that we play in.”

The Iron are still searching for their first home win in the league this season and Novak hopes they can use last week’s performance as a building block to put them in good stead for Saturday.

He added: “The aim is to go and get out there in front of the home fans and get the three points. We need to stick to our game plan and then all being well, we come away with the win.

Last season’s fellow play-off contenders will be no walk in the park despite a whole host of changes at the New Meadow, and the 29-year-old agreed saying: “They (Shrewsbury) have a different team from the one that did so well last year, with a new manager now at the helm too.

“A lot of the players have lef,t but I still expect them to be a well organised unit in the way they play which will make it very difficult test for us.”

See much more from Lee Novak, Cameron Burgess and Stuart McCall on iFollow Iron. Click here to sign up.