Attacking midfielder Ryan Colclough is looking forward to the prospect of more match minutes on Tuesday night, as the Iron welcome Wolves’ Under-21 side to Glanford Park. 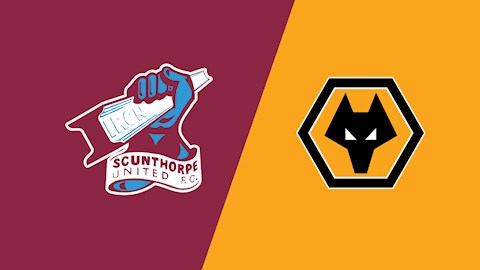 It’s the first of three group stage matches for United in the Checkatrade Trophy, with manager Stuart McCall likely to make changes so he can see more of his squad in only his second game in charge.

Speaking to iFollow Iron, Colclough first reflected on his substitute appearance against Accrington Stanley at the weekend: “It was a good game for me to come on. It was a tight match and I enjoyed it.

“I think we put in a good performance in the second half. They had a few chances where they were unlucky, but we could’ve nicked the game as well. It was one of those games where I felt a draw was a fair result.”

The cup competition is another opportunity to catch the new manager’s eye, according to the 23-year-old, as he vies for a starting position against Rochdale in the league on Saturday - particularly with George Thomas away on international duty.

“My aim is to get more minutes under my belt. I’m only going to get fitter and fitter and hopefully I can nail down a place in the team,” he continued.

“I’m feeling good and I’m enjoying it. I’ve been going on and I’ll give it my all. Hopefully I’ll start chipping in with goals and assists and hopefully that’ll catch the gaffer’s eye.

“The new manager has come in and we’ve all taken to him and hopefully we can continue to improve as we go on. It’s obviously been a change, but all the lads have bought into it. There’s still a lot of work to do, but that’s what we’re doing every day.”

United have their next two matches back on home soil, with the former Wigan Athletic player looking for a positive pair of performances, starting with the group stage encounter.

“It’s always good to be back at home in front of our own supporters,” he stated.

“Hopefully we can put on a good display and give them a good game. We go into every game trying to win it, so that’s what we will do against Wolves and that’s how we’ll set up.”