On-loan Iron forward George Thomas has recently arrived back in Scunthorpe after being away on International duty with Wales.

The 21-year-old earnt his second senior cap in the 1-0 win against the Republic of Ireland on Tuesday and now the attacker is setting his sights on getting into the Iron starting eleven to face Wycombe Wanderers on Saturday.

He told iFollow Iron: “I’ve settled in really well with the boys since I’ve come back. I came in today and everyone has made me feel welcome. We had a good training session out there, so hopefully I can impress the manager in the next few days and try get myself back into the team."

When speaking about his experience with the Wales squad, he added: “It’s a great honour to be called up and to get minutes with the senior side. It was a great feeling; my family were there as well, so it was a really nice moment for us all and I hope that I can get more in the future.”

Now back training at Glanford Park, Thomas hopes that the team can travel to Wycombe this weekend and bounce back following two consecutive league defeats to Luton and Peterborough. 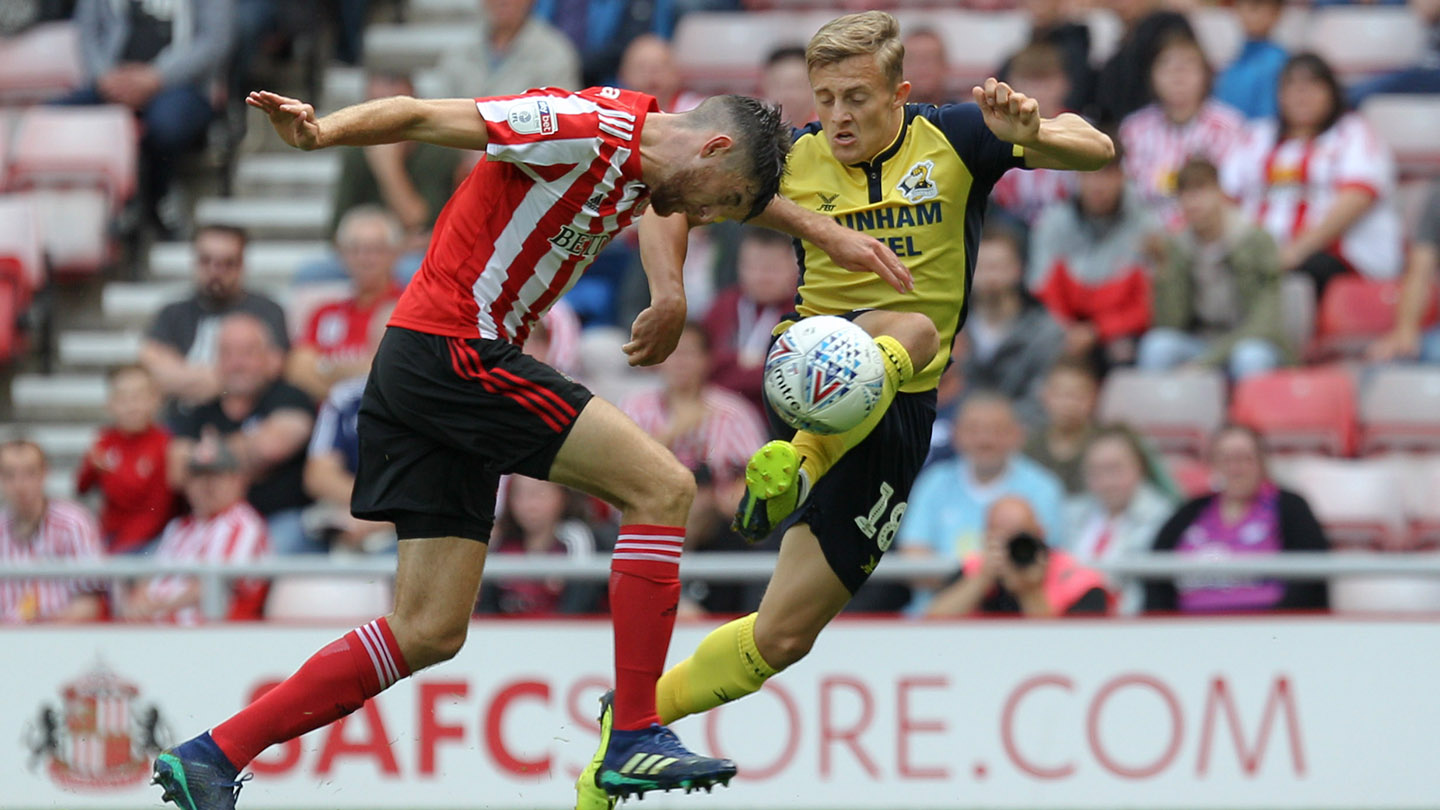 He said: “We’ve come up against some tough teams in the last couple of weeks, but we’ll go to Wycombe on Saturday and look to get a positive result there in that game.

“Looking back, I thought that in the second half against Luton, we played some good football. We are managing to create plenty of chances and I’m sure that the goals will start to flow if we continue in that way.”

However, despite the results, he says that the team have still been performing well recently.

“I think that we’ve been passing the ball well and have been good in possession of the football. We’ve got better defensively as well and, if we can get the ball into the box, then we can put our chances away and definitely score some goals," he stated.

Although the forward still expects another difficult encounter at Adams Park, he thinks that the Iron can take their game to the Chairboys and come away with the three points on Saturday.

He said: “I’ve played against them before, it’s a nice, tight stadium. I would expect them to be decent opposition. They are a good passing team, but then they’ve also got that option to play direct with Adebayo Akinfenwa up top.

“It’ll be a tough battle, but hopefully we can play our way and get the result for us and the fans that come down to support the team.”

See much more from George Thomas, Funso Ojo and Stuart McCall on iFollow Iron. Click here to sign up.