Captain Rory McArdle returned to the side in Tuesday’s 5-3 victory over Charlton and feels ready and raring to go once again as the Iron head south to face Luton in the third of three league matches in seven days.

Speaking to iFollow Iron ahead of Saturday's fixture against the Hatters, he said: “I feel fine. There are always spells throughout the season where you have games on a Saturday and then go again on a Tuesday, but everyone is prepared for it and feeling good ahead of Luton at the weekend.

“The recovery has gone well, and we know that as a squad, we have competition for places. So if and when the manager changes the team, we have lads ready to come in take their chance."

McArdle enjoys the test that comes with playing a number of games in such a short space of time and continued by saying: “I think it’s a good challenge.

“At the minute, we are on a decent little mini run, so with the games coming thick and fast, confidence is high, and I hope that we can keep building on that. With three games in a week, if you can win them all, that’s nine points on the board and you can start rising up the league again.”

Scunthorpe made it eight matches unbeaten in all competitions when they beat Charlton in midweek, and the centre-back puts the recent success down to the hard work on the training pitch and stripping it all down to put everything right again.

He added: “We had to try get back to basics and take something from each game. We then spoke about them, so we could go and work on the things in training to try and keep improving. With the new gaffer (Stuart McCall) coming in, we had to learn the way he wanted us to play and I think we have learnt how to deal with certain situations now.” 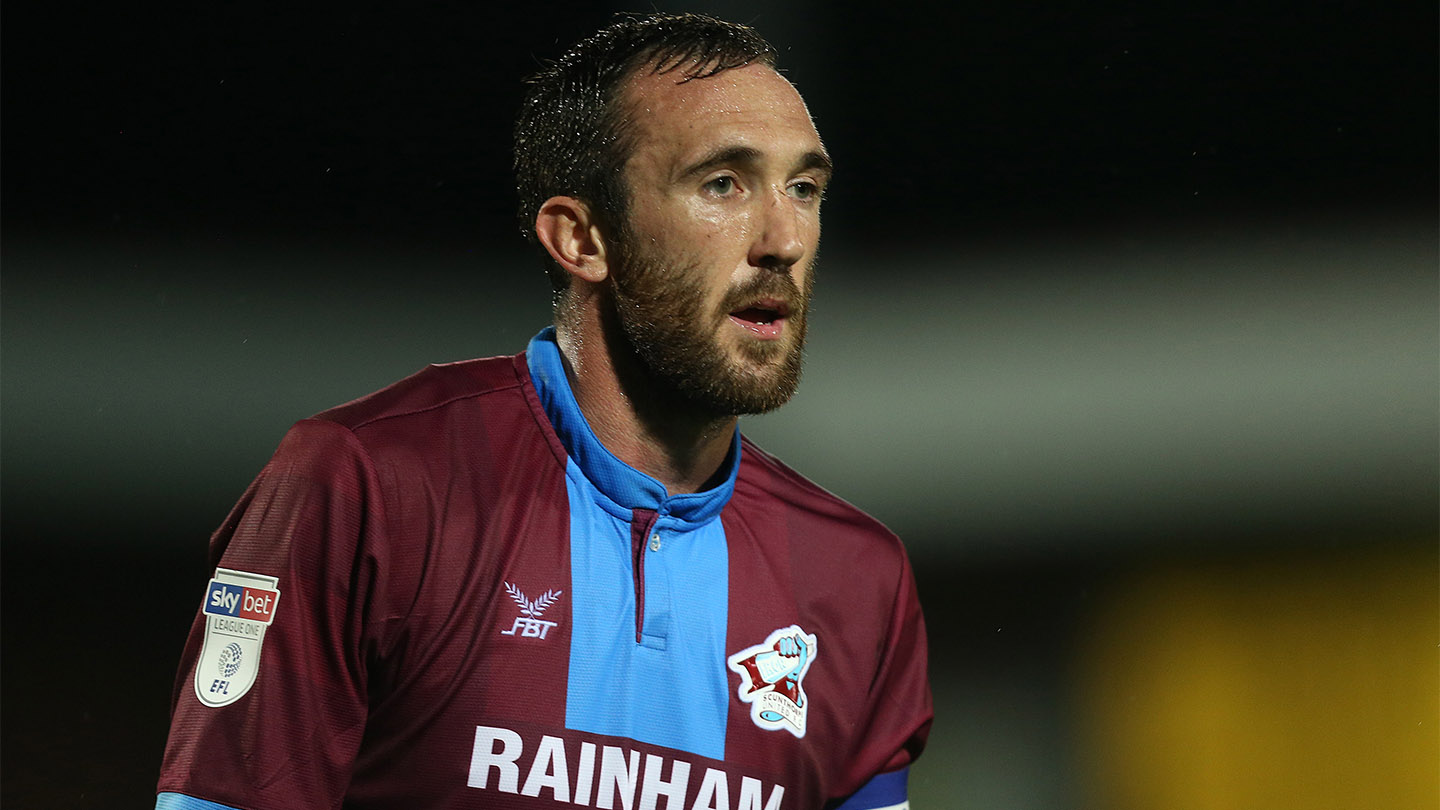 The 31-year-old is pleased with the team’s performances lately. When talking about the game against the Addicks on Tuesday, he said: “It was a good performance. We knew that it was going to be a tough game because we always had a feeling that they would be an attacking threat, so to go out there and get the three points, I feel we did well.

“However, from our point of view as defenders, we are disappointed with the number of goals we conceded, but on the plus side, it shows the quality that we have in the final third and took the chances when they came our way. Overall, we managed to grab a great result, so we can be happy.”

Despite the good run that the Iron are on, McArdle knows it’ll be a tough task to go up against Luton on Saturday, but believes that the squad can cause just as much as threat to the Hatters like they did against Charlton.

He said: “We know that it is going to be a difficult game (against Luton) as all the matches are. Each team causes us different problems, but it’s something that we are prepared for. On Tuesday night, we knew that we were going to have to defend, so equally on Saturday, we are going to have to be at it again.

“If we stick to our own game plan, we can cause them problems as well. We will look to be solid and resolute and try and take the match to them.”

See much more from Rory McArdle, Jordan Clarke and Stuart McCall on iFollow Iron. Click here to sign up.