United manager Stuart McCall has confirmed the length of time Matthew Lund and Josh Morris are expected to be out for after picking up injuries last weekend.

The pair came off during the 2-0 home loss to Peterborough last weekend, and McCall explained the prognosis to iFollow Iron.

He said: “We had a couple of disappointments on Saturday, with the major one being the result naturally, but the two injuries to Lundy and Josh too. They were two innocuous challenges in the middle of the park.

“Lundy has injured his ankle ligaments and will possibly be out for four-to-five weeks, but we were expecting worse news to be honest. He’s in a boot to keep the weight off it. Josh has fractured his jaw, which we thought and he could be anything between three-to-five weeks. At least Josh will be able to keep his fitness levels up though.”

The boss added: “On Monday and Tuesday, we had a little bit of illness through the camp which has dragged through the week, and picked up a couple of other niggly knocks.

“However, Thursday was good. George Thomas has come back after making his competitive international debut, coming on for the last 20 minutes (for Wales against the Republic of Ireland) and did really well. He has a spring in his step as you can imagine.

“Ike (Ugbo) came back (from Chelsea), trained with us on Thursday, and looked really sharp. Whether we have him involved on Saturday travelling with us, we’ll see, but it was certainly a boost to have him back and training because we thought he’d be a little bit longer, so that’s good news.

“We will be down on numbers no doubt with the two injuries to the experienced lads (Lund and Morris). We’ve also picked up another one, nothing major, but he’ll possibly miss Saturday.

“We’ll be down to the bare bones with the squad, and have 17/18. Maybe young Tom Pugh will travel with us as well. He’s come up from the youth team and trained well.

“Whatever we’ve got, we’ll go out and give it a good go.”

McCall also explained about a virus which has swept through the camp over the last week.

He added: “It started off last week. Butty (Lewis Butroid) had it and missed a couple of days, as did Levi (Sutton). CBJ (Cameron Borthwick-Jackson) had it during the earlier part of the week and then Jordan (Clarke) the latter part but we’re hoping he’ll be okay and able to travel on Friday.”

One player who will be back in contention is James Horsfield, who returned to the substitutes’ bench last weekend following two weeks out with a groin injury.

He added: “James is fine now. It was a surprise to us on the Friday that he was completely pain-free in everything we did. With Butty being away ill, he came onto the bench and has trained all this week.

“The likes of James, (Andy) Dalesy and George Thomas will have wanted more game time but no doubt they’ll get the chances in the next few weeks." 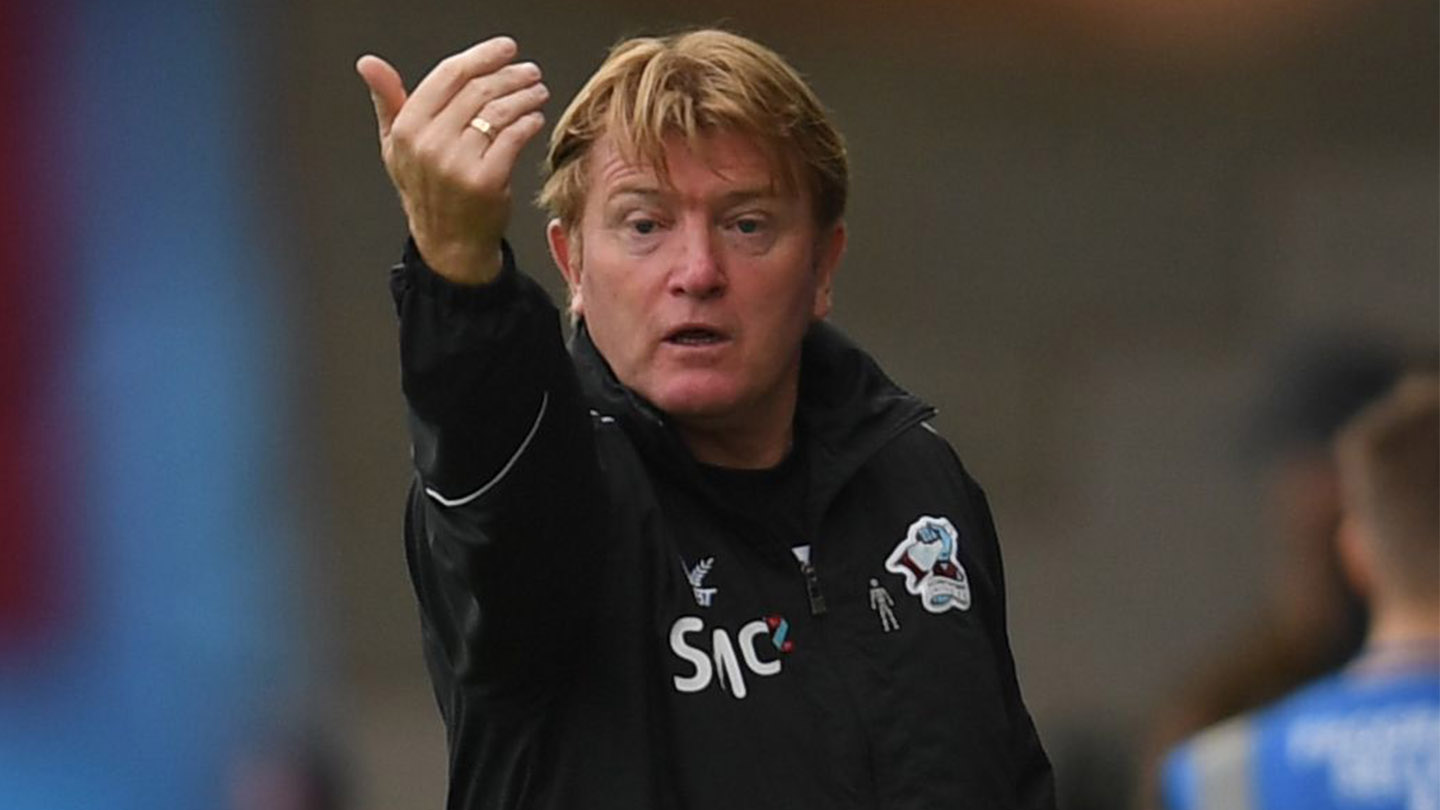 McCall is anticipating a tough test against a Wycombe side who have found their feet in League One following promotion from the division below last season.

He said: “They won their last home game against Burton, and big (Adebayo) Akinfenwa up top is still a major threat at this level. He’s so powerful and strong in the air, while (Craig) Mackail-Smith has knocked the goals in at this level for a long time. They’ve naturally got their threats and are a fit, energetic side. The manager (Gareth Ainsworth) has done really well with them.

“They’ve probably been the slowest of the promotion sides to hit the ground running, but on the back of their last home game being a victory they’ll no doubt look to carry that on.

“It’s a game, as always, where we believe we can go down there, create opportunities and look to take them. We’ve got to maintain our concentration levels throughout the 90+ minutes.

“Looking back at last Saturday, there’s no doubt we controlled large parts of it in the first half and Peterborough weren’t really a threat to say they’re top scorers in the league. We had a couple of acceptable chances which we didn’t take.

“We started the second half not too bad in the first five minutes and then got hit with two poor goals from our point of view in the space of seven minutes. We have to stop giving teams poor goals with these little errors and give ourselves the chance to go ahead again in games, and then hopefully go on and take the three points.”

Around 230 tickets have been sold to Iron fans at the time of writing, and McCall thanked what he’s sure will be a vocal and passionate following for their support.

“They certainly did at Luton, we had a great following there and the lads appreciated it, as did the staff. Hopefully we can give them something to cheer about,” he concluded.

See much more from Stuart McCall, Funso Ojo and George Thomas on iFollow Iron. Click here to sign up.