Winger Ryan Colclough hopes the Iron can bounce back from the last couple of results when Peterborough United visit Glanford Park on Saturday afternoon (3pm kick-off).

Manager Stuart McCall suffered his first defeat at the club last weekend, having gone his opening seven games unbeaten, but Colclough believes they can go another run should they beat the Posh.

United also drew 1-1 (before losing in a penalty shootout) against Lincoln City in the Checkatrade Trophy on Tuesday night.

Colclough, who scored in that game, told iFollow Iron: “It is always nice to score goals and that’s why I am on the pitch – to score and create.

“It was a good feeling and hopefully I can take that into Saturday.”

He said: “We played very well, but we conceded some sloppy goals and were quite unlucky.

“It was a tough one to take because we had been on an unbeaten run since the gaffer has arrived.

“We took positives from the game because we still created a few good opportunities. I am sure we can bounce back.” 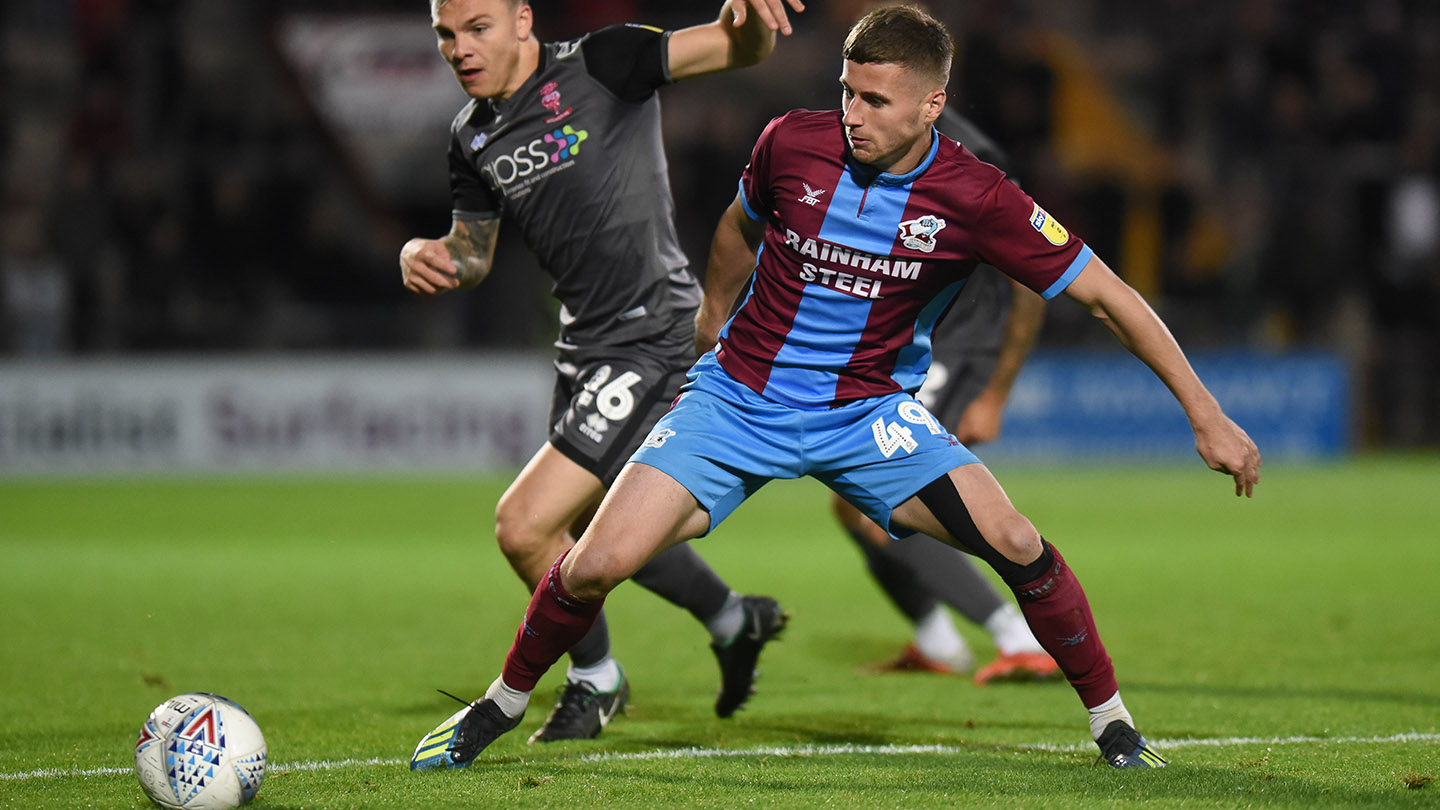 Next up for the Iron is Peterborough, who are currently placed second in the Sky Bet League One standings.

“They have had a great start to the season,” said the 23-year-old. “We know that they are a threat because they always score goals, so that is something we will be looking to eliminate.

“At the same time, we will be looking to score goals and put them on the back foot.”

Scunthorpe have won their last two league games at home and the forward knows just how important it is to pick up points at Glanford Park.

He said: “We want to impress the fans, put on a good performance for them and getting a home win will hopefully kickstart another run of unbeaten games.”

See much more from Ryan Colclough, Stuart McCall and Jak Alnwick on iFollow Iron. Click here to sign up.