The Iron are looking to bounce back from defeat against Luton Town last time out in the league and hoping to build on their solid home foundations of late as they face Peterborough at Glanford Park on Saturday.

Goalkeeper Jak Alnwick expects it to be difficult test with the Posh flying high near the top of table, but thinks freescoring Scunthorpe have all the capabilities to beat them.

When previewing the fixture, he told iFollow Iron: “We know what they are all about, they are going to be an attacking side which they have been for years. They always seem to have mad games, scoring a lot of goals, so we know that we are going to have to cope with them defensively.

“They are doing well this season so far and have signed something like 13 players over the summer, so it’s a big squad with a lot of options to choose from. They also have a lot of pace and power in the attacking third, but I think as long as we can match them up defensively, we know we can hurt them with their defence conceding goals and us scoring a lot up front.”

He stated: “They are going to be a tough opposition, so I hope we can get the three points and beat a team that are above us in the table to put some pressure on them.” 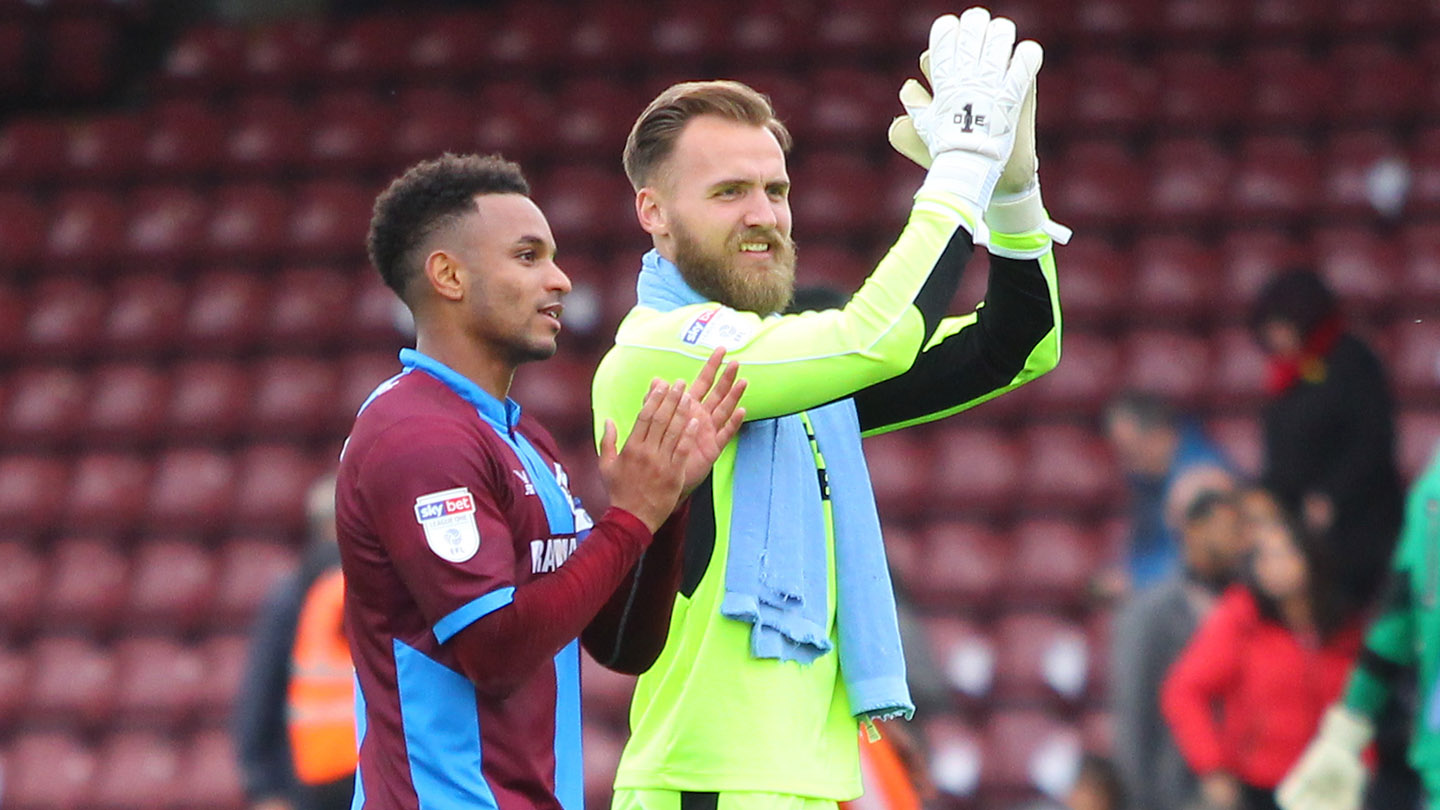 Saturday will also mark the return of striker Ivan Toney as he faces the Iron for the first time following his loan spell in Scunthorpe last season. Alnwick has taken on the forward in the past, so knows all about the threat that he will pose up front for Peterborough.

He said: “I’ve played against Ivan Toney a couple of times as well, he’s a good player, but they’ve also got other options with Jason Cummings and others in the squad too. It’s up to us to be able to deal with their attacking threat, however, I think that we can beat them going forward.”

Last weekend, United fell to defeat for the first time under boss Stuart McCall, but Alnwick says there are still plenty of positives to take from the game as they look to get back to winning ways.

Talking about the Luton game, the goalkeeper said: “It was a difficult game, we went there, and I thought we played quite well, so it’s a tough one for us to take.

“Also, I think it was some of the best football we have displayed on the pitch as we managed to get the ball down and string some good passes together, but in the end, we got beat 3-2 which was a little bit frustrating.

“However, in this league, it’s a quick turnaround with the games coming thick and fast. We know that it’s going to be a long season, but we need to bounce back this weekend and hopefully we can do it back here at Glanford Park, where it’s nice to be at home again with the fans behind us.”