United manager Stuart McCall praised his side’s fighting spirit as they defeated Bristol Rovers 2-1 at the Memorial Stadium on Saturday. 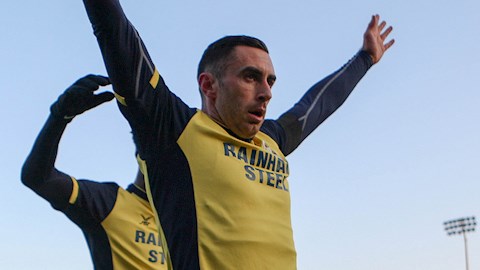 Lee Novak gave Scunthorpe the lead during the first-half and then Ryan Colclough was withdrawn with what looks to be a serious knee injury.

Liam Sercombe pegged the Iron back on the stroke of half-time, and then the hosts were awarded a penalty late in the second-half. Jak Alnwick saved Chris Lines’ spot-kick and, within moments, Matthew Lund went up the other end and scored the winner.

McCall told iFollow Iron: “We just kept going and I’m delighted for them and the travelling support. It’s nice to get an away win.

“I thought we started the game really well and positively. They then grew into it and have dangerous forward attacking players - we made a couple of errors ourselves and gave up possession too cheaply.

“We scored a perfectly legitimate goal (through Novak) and I don’t know why there was all the palaver with the referee going to the linesman because there was no problem with the goal. When it lands to Novs it looks offside but when the shot is taken he’s two yards onside so there’s no debate there.

“It looked as though we weathered the storm. Jak made a fantastic save but we lost a goal just prior to half-time, which was a blow, and we lost Ryan to injury. We said it was time for big hearts again and character and we showed that in periods of the second half. We hit the post and had one cleared off the line.

“They always come strong when attacking the home fans, who get behind them. I didn’t feel it was a penalty, having seen it again, but I understand why he’s given it. The boy’s gone over, Rory (McArdle) has come in and then he’s pulled his leg away, and there’s no contact but the lad’s gone down. I would have given it myself on first look but, seeing it again, it wasn’t a penalty. It was a bit of justice that Jak made an outstanding save and then we got a little bit of luck when Lundy shot and it deflected and looped over the goalkeeper.

“It’s fine lines, but we take the belief. We came back from 3-0 down two weeks ago (against Oxford to draw) and asked for the same effort last week against Burton, which we got. We wanted to build on it today - I knew it would be a tough one and we were without a couple of key players. Ryan coming off was a huge blow for us and we didn’t have a great deal of personnel to change it. We stuck at it though.

“They threw their attackers on and we brought Cam (Burgess) on to go to a back three, and I thought we had some really big performances today.

“The goalkeeper gets massive plaudits but I thought Funso (Ojo) was terrific in the middle of the park. Andy Dales worked his socks off and provided some real quality, but it’s a team game and that’s what you need – everyone digging in. It might not be the best game in the world but you have to get something out of it and find ways to win. We’ve done that today and it’s really pleasing.” 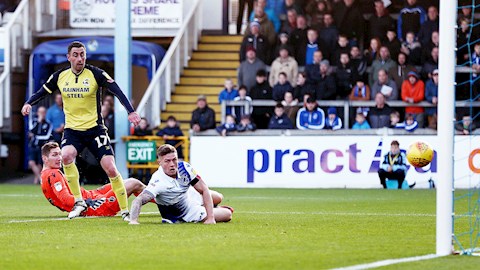 McCall explained more about the Colclough injury, and expects the winger to be out for a lengthy period of time.

He said: “When you collapse like that with nobody around you it has to be a major concern. He’ll go for a scan but it’s too early to give an assessment at this moment in time. He’s in a leg brace but it’s looking bad. It’s a long-term knee injury I’d imagine. He’s cut inside, done his shuffles to shoot and collapsed in a heap. It doesn’t look good but I can’t give a definite at this moment in time.”

Novak made it two goals in two starts with the opener, and his seventh of the season. McCall says there’s more than goals to the striker’s game though.

He continued: “He’s been terrific since I first came in – even the Saturday before when Kenny (Black) had gone to watch the Barnsley game, he told me Novak covers every blade of grass, gives everything for the team and he also scores goals. That’s what we’re asking the experienced players to do and throughout the spine of the side we did that today.”

McCall also explained the changes to the side today, with Cameron Borthwick-Jackson and Charlie Goode returning from injury.

The boss stated: “Butty’s (Lewis Butroid) done fine for us but it was a tough away game today and if they’d have played a diamond, which they easily could have done today with the personnel they had out, we haven’t got enough midfielders to cope with that so we’d have gone to a back three with CBJ in there, where he’s played a lot at Manchester United. We had that in the back of our minds, so that’s why CBJ got the nod.

“It was a decision to bring Charlie back in but I felt it’d be a physical game with Payne today and that’d suit Charlie.”

McCall concluded: “The turning of the corner hopefully came against Oxford when we showed that spirit and desire. After the setbacks we’ve had, we’ve fought our way through to a great victory here. We have to build on the confidence, belief and togetherness.”

See much more from Stuart McCall, Jak Alnwick and Matthew Lund on iFollow Iron. Click here to sign up.