Left-back Cameron Borthwick-Jackson believes the Iron are regaining momentum ahead of the Sky Bet League One clash against Portsmouth this Saturday. 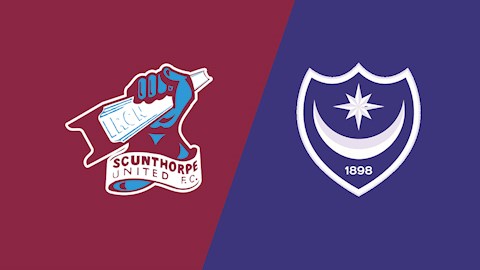 The Manchester United loanee made a return to the starting XI in last weekend’s 2-1 away win at Bristol Rovers, following a spell out injured.

He is now focussed on helping the team get a positive result against Pompey at Glanford Park.

The 21-year-old told iFollow Iron: “We are playing against top of the league, so we have got to be on it, but we are confident that we can get the three points and can continue to build up the table.

“It will be a tough game, but we have to play our game.

“We have got enough attacking threat in our team, so we need to focus on getting the three points and finding a way to win.”

United have won their last two Saturday games and Borthwick-Jackson is confident the Iron can extend this form.

“The confidence is coming back,” said the defender. “We had a bad spell, but we seem to be turning that around now, so hopefully we can get a positive result on Saturday and continue to build on it.”

Borthwick-Jackson was also pleased to get through last weekend's game and play the full 90 minutes after missing the previous two matches through injury.

He said: “It was just a case of getting through the game without feeling anything and I have managed to do that.

“I felt good, but the main thing was the win and the three points.

“Hopefully I can just continue to push forward and gain momentum again.”

Goalkeeper Jak Alnwick made a superb penalty save in the contest against Bristol Rovers at 1-1, before Matthew Lund’s strike won the game for Stuart McCall’s side.

Full of praise for his goalkeeper, Borthwick-Jackson said: “All of the credit had to go to Jak because he won the game for us. If he didn’t save that penalty, it could have been a different result.

“But it was a great result and good for our confidence.

“To get that win away from home, before this important game, was vital.”

See much more from Cameron Borthwick-Jackson, Stuart McCall and Andy Dales on iFollow Iron. Click here to sign up.