Scunthorpe United hosted their Kick It Out day of action at last Saturday’s home fixture against Oldham Athletic.

A number of activities took place in the build-up to matchday, as the club looked to raise awareness of equality and inclusion in sport.

Ahead of the game, the Iron squad wore the Kick It Out t-shirts during their warm-up and posed for a photo with the flag before members of the local community paraded the flag pre-match. There were messages read out over the public address system and goodies handed out to help promote the message too, including fan clappers promoting the Kick It Out app.

A planned meeting with local members of the BAME community and representatives from the Bangla Bantams and Football Supporters Federation had to be postponed due to the wintry travel conditions. However, we are pleased to confirm that this has been re-scheduled for the home fixture against Bradford City in May, as the club look to engage more with the BAME community with the help of the FSF’s, Fans for Diversity campaign. 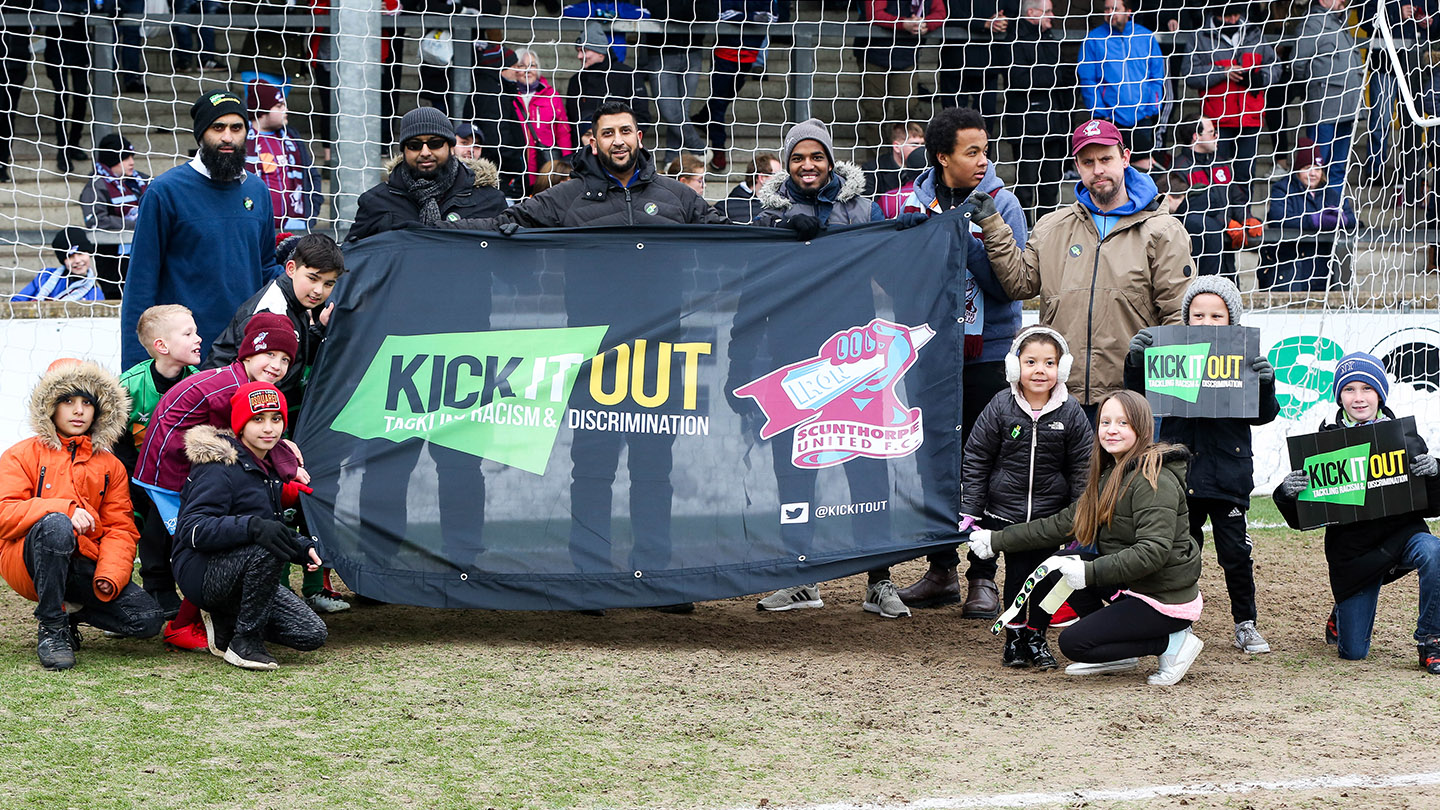 Kick It Out has contributed to making football a safer, more enjoyable and less intimidating place for those under-represented communities wishing to participate in the game in whatever capacity, at whatever level.

For more information about the Kick It Out campaign, visit http://www.kickitout.org/.